Now ... how would you feel if a book reviewer said this about your latest offering:

'Do not read this book; do not sully yourself with it, no matter how temptingly brief it seems. All those who shepherded it to print should hang their heads in shame, for it’s hard to imagine anything this bad has been put between covers by anyone other than a vanity publisher. It is an unpolished turd of a book, the stale excrement of Morrissey’s imagination.'

Ouch. That's part of Michael Hann's review of Morrissey's first novel 'List of the Lost' in today's Guardian. And his review is pretty indicative of every other one I've read this morning. However, I'd like to highlight a paragraph a little later in Hann's review:

'It appears to be unedited, the curse of the writer whose commercial clout is stronger than their publisher’s willpower. It’s not just the typos and grammatical errors – of which there are plenty – but the endless digressions, the inability to come to any sort of a point. There might be a tolerable 20-page short story nestling in here somewhere (there probably isn’t, but let’s be generous for a moment), but no editor has been allowed to search for it.'

In that one paragraph, Hann sums up exactly what is so horribly wrong with traditional publishing at the moment. The accountants have taken over the asylum. 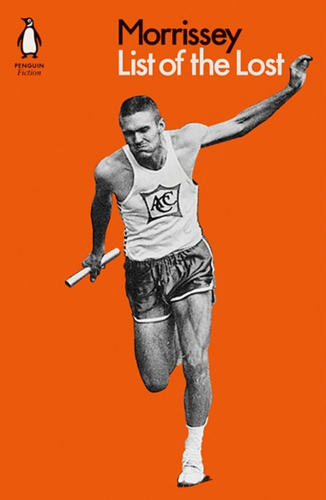 That was the title of an extended essay I wrote last year in which I bemoaned the fact that in all areas of the arts - TV, film, books etc. - the only measure of value these days seems to be money (part of that essay appears on Medium). While we all appreciate that money is important and, of course, movie studios, TV companies and publishers have to make money in order to survive, it does seem that anyone not producing massive profits is simply cast aside. It's all become very harsh for the person who doesn't have a huge hit immediately.

How many TV series have you seen cancelled after one season because it didn't get the figures? My boss at QI, the estimable Mr John Lloyd CBE, has told me several times that Blackadder - of which he produced every episode - would have been cancelled in the current climate because series one was poorly received. And Monty Python's Flying Circus would never have been commissioned as there was nothing to compare it to in terms of commercial worth (as it was, Python was initially shown in a late 'minority' slot). And Star Trek only really started to get a proper fan base when the show started to be syndicated in the 1970s. In more recent years, we've seen some wonderful TV series cancelled before they got a chance to get going: Dave Gorman's Genius and Sharon Horgan's and Holly Walsh's Dead Boss spring to mind. And, don't forget that Red Dwarf and Family Guy were both dropped even though they remain immensely popular. They were resurrected thanks to their DVD sales. And Being Human - which became a huge show - only survived post-pilot because of public outcry.

And aren't you sick of the endless Hollywood sequels and remakes, none of which, it seems to me, add any value to their respective canons? Presumably they add to the movie studios' coffers though. According to DenofGeek, there are at least 93 more in the pipeline. NINETY THREE. Meanwhile, there are hundreds, maybe thousands, of great scripts out there by new writers that don't get a look-in. Do we really need a new Escape from New York or The Birds? The longevity of the originals is due to their charm and the fact that they capture the era in which they were made.

It's just very frustrating. There was a time when the people who ran the arts looked to balance profit against finding and developing new talent. Some of the profits earned by the big hitters and the celebs provided a fund to do that with but now it's all gone; you try to get a decent advance from a publisher these days.

It would be nice to think that a proportion of the no doubt huge profits generated by Morrissey's book could be used to bring on some new authors. There are, without doubt, some future classics out there that deserve to be read.

I kind of think that Morrissey is the sort of person who'd like to see that happen.

When any aspect of the arts goes from being something you do for love to something you do for money you become aware of a black hole effect - a kind of accretion disc around your work that draw more and more people in, each of whom also have their own little discs. You eventually have to conclude that a significant amount of the arts 'industry' only exists to justify its own existence ;) There are so many middlemen that it's difficult to see where the start and end points are.

Admittedly you can benefit a lot from the experience and connections of others but the balancing act seems to be in taking as little as you can and leaning back slightly when you notice the pull increasing. If you dive headfirst into an established infrastructure that does't actually create but aims to make money from the creativity of others you're immediately funding a machine that may or may not spin to your advantage. A percentage of your dough went to paying for the drinks in that board meeting between six people you've never met and who have no noticeable impact on your life or your earnings.

This is why I like things like Unbound and Bandcamp (and Pledgemusic before it became a dumping ground for famous artists to shift tat and pre-orders) - the operations are leaner and try to leave as much power (and responsibility) in the hands of the creators as possible.