It's Easy Being Green

A little while ago, my mate Robert 'Kryten' Llewellyn crowdfunded a trilogy of utopian sci-fi novels here, with Unbound. News from Gardenia, News from the Squares and News from the Clouds are all witty, uplifting and optimistic stories and I urge you to read them.

Gardenia, the first, is particularly interesting for me becuse it depicts a future where we get it right; where energy is free and clean and nothing ever has to get burned to generate it. And one fascinating aspect of the book is that Robert deliberately chose to only feature technology that either exists right now or is in development. The book is not just a pipe dream. And, as it happens, I've come across two new and very clever clean energy generating ideas just this week. 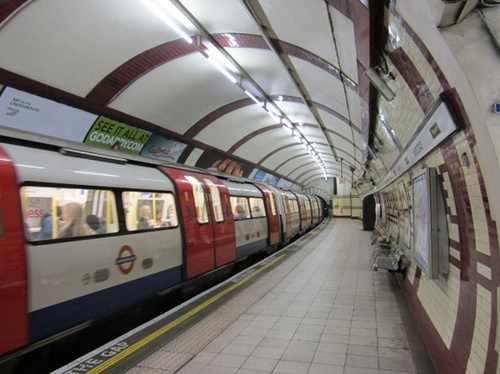 The first involves London underground 'Tube' trains. Transport for London has been experimenting with capturing the energy generated by a train's braking system - just as some hybrid electric cars do. According to TfL's website here:

'London Underground (LU) used the new 'inverter' system at the Cloudesley Road substation on the Victoria line for a five-week trial, and in just one week of operation, the new technology recovered enough power to run a station as large as Holborn for more than two days per week. The results show that the new green technology could allow LU to tap into a previously inaccessible resource, reducing its overall carbon footprint and saving as much as £6m every year for reinvestment in improving transport.

As well as saving energy, the technology has the added benefit of lessening the amount of heat generated by trains braking in tunnels, which in turn would reduce the energy required to operate LU's cooling systems. The results indicated that 1 Megawatt hour (MWh) of energy can be captured per day - enough to power 104 homes per year.'

But here's something equally brilliant - energy from footsteps. 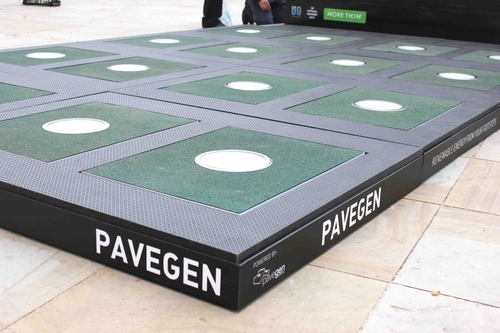 Pavegen makes floor tiles that collect kinetic energy from people stepping on them. As their site explains:

'The energy harvested from Pavegen tiles can be used to power low-voltage local applications such as lighting, advertisement displays, wireless systems and wayfinding lighting solutions.The greater the footfall, the larger the number of tiles, the more Pavegen can power.'

So, if your office block or school or hospital has Pavegen floors, the movement of people within the building creates the electricity the building uses. Fantastic!

Amazingly, like Robert's and my books, Pavegen started as a crowdfunding project. They asked for £750,000. They raised over £2 million.

The future is bright. It's green. And it's crowdfunded.

I remember a similar suggestion a few years back of using piezo-electric strips buried in the road at junctions to top up the power for traffic lights. I wonder if anyone ever tried it? :)

Hmm. Humans as power cells? I'm sure I saw a films about that once...

It's one thing to harvest energy that's otherwise going to waste, such as from braking a train, but the pavement is a bit more dodgy because you're making the people walking on it expend more energy than they otherwise would, you're not capturing wasted energy. Granted, it may be unnoticeable, and some people could benefit from an extra workout, but it could be a burden on people with mobility issues.