Today's shedpost is the story of a man that you may or may not have heard of. I guarantee that you'll love him by the end of this post. He's one of my favourite problem solvers and, although I desperately wanted to fit him into the book, he just didn't fit the narrative. So here he is, in my shed, instead. Enjoy.

In 1941, a British army officer who had been cashiered because of his age and his propensity for ‘flights of fancy’ found himself suddenly back at the forefront of the war effort. 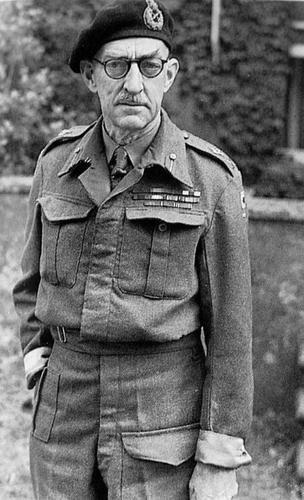 Major-General Percy Cleghorn Stanley Hobart had often rattled the War Office with his less-than-conventional ideas about the future of armoured warfare. After his experiences during WWI he became convinced that the future lay in mobile armoured infantry – tanks, in other words - rather than in trench warfare. He also believed that the emerging arena of air warfare would mean that troops on the ground would need better protection and envisaged that aircraft would, in the future, be capable of dropping supplies to Allied forces so that they could keep advancing. However, the prevailing mood at the Ministry was that the old ways were the proven ways. Tanks were very much viewed as support for the infantry, not as a replacement for horse cavalry. Having earned a reputation for being ‘difficult’, Hobart was posted to Egypt in 1938 to command the newly formed Mobile Division. It took him less than 12 months to turn it into a first class fighting unit, which was re-badged as the 7th Armoured Division and would later achieve fame as Montgomery of Alamein’s ‘Desert Rats’.[1] However, Hobart wasn’t to see that happen because his superior, Lieutenant General ‘Jumbo’ Wilson, considered his ideas to be ridiculous and his personality as ‘lacking in stability’. Hobart was dismissed from his post and packed off back to England where, at the age of 54 and not in the best of health, he decided to retire. But, still wanting to do something for the war effort, now in its third month, he joined his local Home Guard in Chipping Campden, Oxfordshire, as a lance-corporal. As he said to his wife at the time, ‘I cannot do what is ideal, so I must do what I can’. 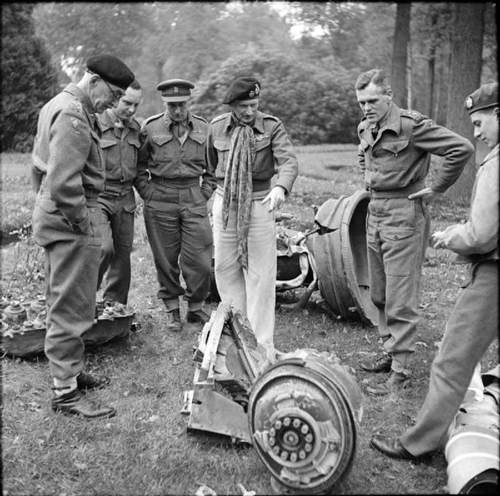 Six months passed and the British were driven out of France, ironically by the might of the German Panzer tank divisions using tactics that Hobart had predicted before his retirement. The evacuation from Dunkirk came and went and newly appointed Prime Minister Winston Churchill knew that things had to change. In a memo to his War Cabinet he wrote: ‘This war is not a war of masses of men hurling masses of shells at each other. It is by devising new weapons and above all by scientific leadership that we shall best cope with the enemy’s superior strength’. Having been impressed with Hobart’s ideas in the past, Churchill summoned him to a meeting at Chequers with himself and Clement Attlee. Hobart responded by asking, ‘Do I come dressed as a civilian, as a Major-General of the British Army or as a Corporal in the Home Guard?’ As the result of that meeting, Churchill reinstated Hobart in his previous rank. Once again, his detractors did their best to see him put back out to pasture but Churchill was insistent and defended his decision.[2] ’The High Commands of the Army are not a club’, he wrote in a letter to the Secretary of State for War. ‘It is my duty to make sure that exceptionably able men, even those not popular with their military contemporaries, should not be prevented from giving their services to the Crown’. Hobart had additional support from the newly appointed Chief of the Imperial General Staff, General Sir Alan Brooke, who gave him command of the 79th (Experimental) Armoured Division, a rather run-down unit that was possibly on the cards for disbanding.

Hobart’s task was to develop new methods of overcoming obstacles that heavy infantry would face during Operation Overlord – the Allies’ push back into France and across Europe to Berlin. In one of his first directives to his unit, Hobart wrote: ‘The success of [Overlord] depends on the element of surprise caused by new equipment. Suggestions from all ranks for improvements in equipment are to be encouraged.’ He saw the 79th Armoured Division as a kind of ‘think tank’ – if you’ll pardon the pun - a place to explore and develop innovative ideas and designs. Montgomery got behind Hobart and supported his efforts, even persuading US General Eisenhower to donate resources to build these new machines. 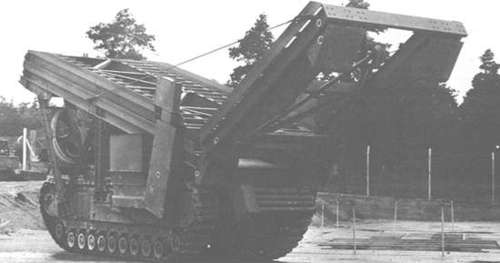 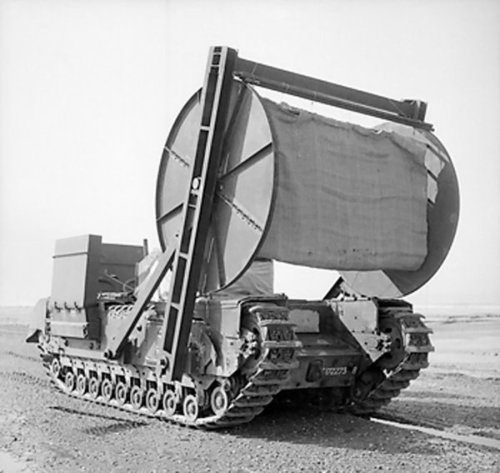 Within a year, Hobart and his people had designed and built a variety of bizarre, mutant vehicles that became known as Hobart’s Funnies. As each new problem was passed to him, Hobart would take the time to study eye-witness reports, examine photographs, drawings and maps, and ask lots of questions to ensure that he completely understood the problem to be solved. He would then set his think tank to work. They subsequently designed and built armoured vehicles that carried small box girder bridges that could be deployed to span gaps of up to 100 feet in just 30 seconds. Others flailed lengths of chain before them to clear landmines. There were vehicles that could build ramps to climb over enemy fortifications and ‘bobbin’ tanks that could lay what looked like a giant sheet of steel-reinforced canvas over boggy surfaces to prevent vehicles sinking. They fitted flamethrowers and other specialist weapons - including a 40lb mortar for destroying heavy fortifications – and even gave tanks amphibious capability, which contributed hugely to the success of the D Day landings. The 79th Armoured Division was also cleverly deployed by loaning its ‘Funnies’ to any branch of the military that needed them. 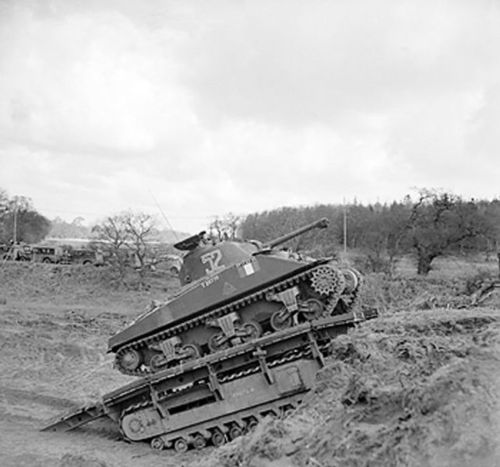 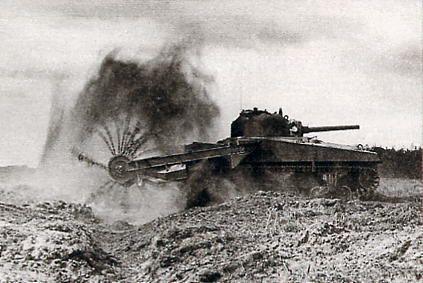 Hobart went on to be knighted and was awarded the Military Cross, the Distinguished Service Order, Companion of the Order of the Bath and the US Legion of Merit. His ‘flights of fancy’ saved thousands of allied lives.

[1] Hobart was Montgomery’s brother-in-law as his sister, Elizabeth, was Monty’s wife.

[2] I’ve not been able to trace the origin of the old maxim ‘Generals are always prepared to fight the last war’ but it seems tailor-made for describing Hobart’s treatment by his peers.

If you'd like to know more about the man and his 'funnies', I recommend two books in particular:

Great story, I like that :) A perfect example of how authority so often claims to value ingenuity and innovation but then does everything possible to stamp them out because it didn't come up with the ideas first ;)