A great bit of problem solving here to catch a truly despicable thief.

'A MOTHER hunted down a heartless thief who stole from her murdered son’s grave by stitching a tracking device in a teddy bear.

Mother-of-four Joan Holland, 50, who has visited the grave of her 16-year-old son Andrew every Sunday for seven years, was devastated when items started going missing. Carer Joan, whose son was stabbed to death in Bolton in 2007, said: “I can’t give him money or buy him things. So I buy things for his grave. But that small comfort has been scarred – it has been ruined for me.” 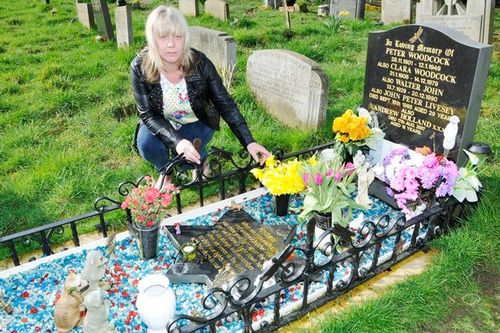 So she planted a tracking device inside a teddy bear. And the device led Joan and her 31-year-old son Martin to a flat police described as an 'Aladdin’s cave' that included a porcelain doll and an angel that had gone missing from Andrew’s grave months earlier.

Anthony Balshaw, 48, was jailed for 12 months for theft on Friday.'

Good for her. What a bastard.