Back in 2004, I travelled to the USA to give a series of talks and to spend a week working with US law enforcement agencies.The idea was to create a kind of 'cross-pollination' of ideas for solving problems. I wasn't terribly convinced by the idea; that old saying about the UK and USA being 'two countries separated by a common language' is very true. Politicians were always trying to bring ideas across from America to use in British policing but they rarely worked because the two cultures are so very different. We're actually much more like Canadians, Australians and New Zealanders than Americans but the idea of the 'special relationship' persists. The obvious big difference is that, in America, every level of crime from simple shoplifting to terrorism involves guns. Their ubiquity is hard to get your head around. 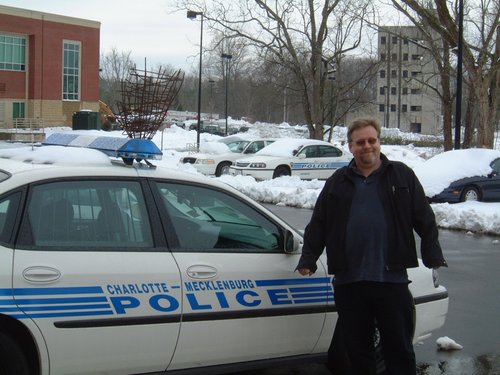 I spent a few days in Charlotte, North Carolina, and couldn't help noticing that the security guards at the Wal-Mart all had a gun. The Wal-Mart had a pretty extensive gun section too. Everywhere you went there were uniformed people with guns. It's the first thing a US cop reaches for when facing a possibly threatening situation.

Over here we had to rely on our wits and, for the first 15 years of my police service, a vagually phallic lump of box wood. This was a source of constant fascination for American cops who couldn't understand why more British cops didn't get hurt. When I explained that the villains didn't carry guns either 90% of the time, they looked utterly confused.

America is a gun-based culture. It's a former frontier country where people staked their claims against rivals and the natives and defended their plot of land with guns. It's interwoven into every aspect of American life, including the Constitution of course. Wherever I went, one of the first things the local police did was take me out to the shooting range to have a 'play' with firearms. I'm not a bad shot; I grew up in rural Cornwall and was shooting guns from an early age as my dad and grandad shot most of the meat - rabbit and pigeon mostly - that we ate. And while I can't deny that firing a Smith and Wesson 99 or a Heckler and Koch sub machine gun is great fun, it is terrifying to look at the (always) human shaped target and imagine what my bullets could have done to a real torso. 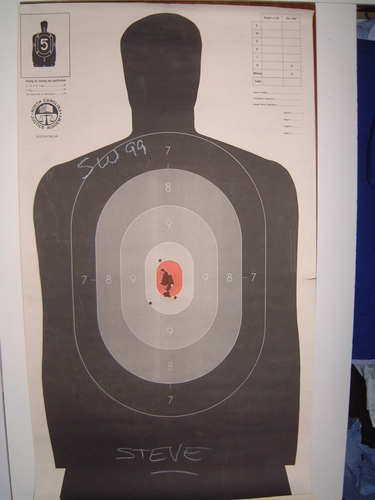 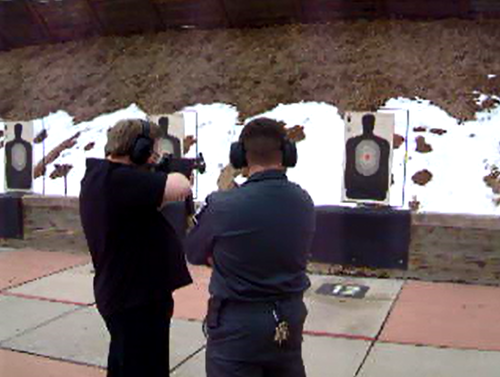 My American colleagues found it very hard to understand how British cops can do their job without the security of firearms. And, if I'm honest, I found it hard to imagine how they could do their job without. They live in a country where there are 89 firearms per 100 people and where there are 3 homicides per 10,000 people (of which 67% are by guns). Although the USA is home to less than 5% of the world population, it has between 35% - 50% of all civilian-owned guns worldwide. Almost anyone can get hold of a gun if they want one whereas, in the UK, it's actually pretty difficult.

The Charlotte-Macklenburg PD has an armoured car for goodness' sake. An armoured car. Imagine that trundling through central Birmingham or Exeter. Very scary. 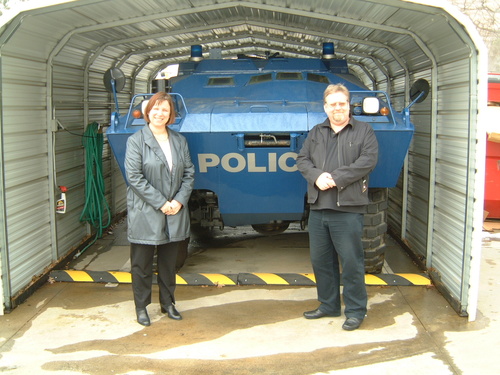 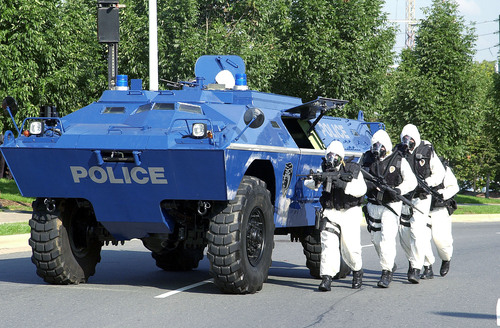 Of course, police use of firearms has been very much in the news recently - for all the wrong reasons - but I can say that there are people who want things to be better. The Chief of the Charlotte-Mecklenburg PD at the time of my visit was Darrel Stephens, an innovative thinker and problem solver. His mision statement for his police department included the words 'to prevent the next crime and enhance quality of life' which is EXACTLY what policing should be about. Any intervention that can be set up that doesn't involve guns is very welcome in Darrel's city. And he told me about some great initiatives that used cunning rather than confrontation.

One I particularly liked concerned tracking down wanted men. Raids on houses are very confrontational. And expensive. You need a lot of police officers just to catch one man as you have to cover all possible exits and escape routes. In addition, cornered people can panic. That means potential hostage situations, firearms use and injury or death. What if there was a way to get the bad guy to come to you at a location that you have complete control over? And what if the location you choose prevents them from bringing a weapon?

What you do is you send out letters to the addresses of wanted felons telling them that they've won a competition, or are eligible for a prize like free tickets to a baseball or football game or a Nascar race. You tell them to turn up at a certain venue - a public place, preferably with well-publicised metal detector archways at the entrances like a school or sports stadium - and then you hide your officers in the shadows. Once they're all in, you lock the doors and swoop. They'll be unarmed and off-guard. Low risk, high arrest rate, acceptable cost. And it works; it had certainly been done succesfully in several states including North Carolina. 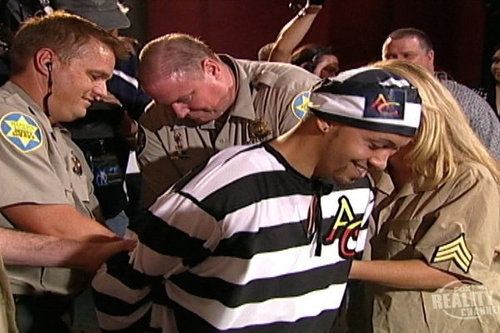 It had been so successful, in fact, that the Fox Network decided to make a reality series about it. But rather than make a documentary, in typical reality TV style they trivialised the whole business of arrest and went competely over the top. Smile! You're Under Arrest! was broadcast in 2008 and lasted just three episodes. The set up was just as I've described above. The difference was that the venues - a fashion show, a spa and a film set - were meticulously constructed and peopled with actors so that the hidden cameras could milk the maximum humiliation of the wanted men. 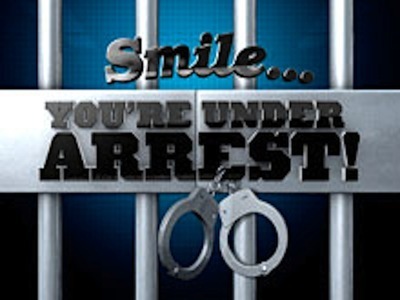 In the fashion show, the offenders were persuaded to walk a catwalk wearing 'Average Guy Clothing'; at the end of the catwalk, they walked through curtains and into the waiting arms of laughing policemen. At the spa, the felons were arrested while having facials. On the movie set, the felons played out their parts as extras before being taken down on the director shouting 'Cut!'

The humiliation component upset a few viewers; after all, these weren't violent criminals or dangerous men. These were mostly guys behind on payments for things, some because they'd lost their jobs. It was all a bit shabby and tasteless and cheapened what had been a simple and effective policing operation. It also now ruined the chances of any future stings of this kind by advertising how it works nation-wide. All of which is probably why it only lasted three shows. Or it may be because the show was hosted by controversial Sheriff Joe Arpaio of Maricopa County, Arizona, who has upset more than a few people in his time ...

Want to know more? There's a big chunk of one chapter devoted to the man in my new book. So you'd better buy it  hadn't you?