Many years ago, the often-called 'Father of lateral thinking' Dr Edward de Bono was asked by a government thinktank to suggest solutions to the Middle East problem.

His solution was Marmite.

Marmite, he explained, is rich in zinc as all yeasty products are. Most bread eaten in the Middle East is unleavened. He'd read that a lack of zinc causes copper levels to rise in the blood and that this can cause people to become aggressive. So, get them all eating Marmite, he reasoned, and they'll be less inclined to fight. 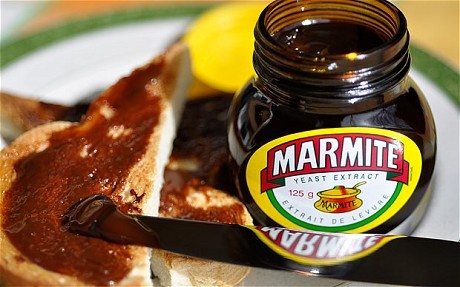 It's an interesting idea, if impractical. And wouldn't it kick off another war between the 'Love It' and 'Hate It' factions?

Creative thinking is seen as the sexiest and most exciting kind of thinking because creative people seem to have sexy and exciting jobs. No one ever gets sent on a Linear Thinking course do they? (That's the title of a chapter in the book in which I discuss these issues.) But that doesn't mean that creative thinking is any more powerful or worthy than strategic thinking, analytical thinking, emotional thinking or any other kind of thinking.

When solving problems, you need the whole set or you're playing with a handicap.

Take de Bono's Marmite theory. It was the analytical thinking of researchers that discovered the link between zinc and copper levels and aggression, not Dr de Bono. And it would take a team of strategists and logisticians to implement his plan. Emotional thinkers - who consider the hearts and minds aspect - would be needed to help persuade people that a change in their diet is necessary. And, let's face it, a critical thinker would probably tell him it's a non-starter and suggest a more practical (and less nasty for those who don't like Marmite) way to get more zinc into people's diets. Like introducing food supplements or even leavened bread.

Now, it may seem that I have a downer on creative thinking. I don't. I'm considered a creative thinker myself. However, 30 years of experience tackling real world problems has taught me that it isn't a panacea, despite the claims of various training courses. It has value - of course it does - but no more value than any other kind of thinking.

Creative Thinking can be the spark that ignites a great idea. But you then need other kinds of thinkers to turn that idea into a reality.

I was reminded of this today by Pat Harkin, a friend of mine who is a real ideas man. When Dave Gorman was hosting his Genius show, first on BBC Radio 4 and then on TV, Pat was the most prolific submitter of ideas. The man is extraordinary. Pat linked me to a website today that demonstrated how a simple idea, executed well, can save lives. 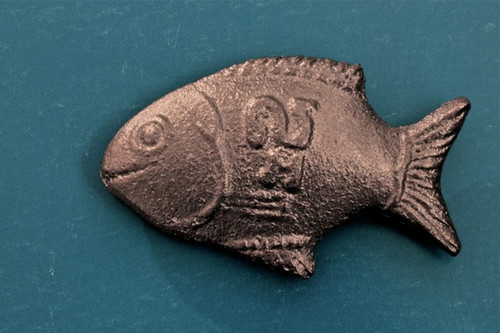 This is the Lucky Iron Fish. And it's a miracle worker. Like de Bono's Marmite, it adds a supplement to people's diets - in this case iron - in parts of the world where iron deficiency is a real problem. As the inventors' website explains, 'Iron deficiency affects nearly 3.5 billion people worldwide. In Cambodia, almost half of the population is iron deficient. This preventable condition can lead to anaemia, weakness, impaired cognitive ability, compromised physical development in children, and increased risk of illness. It can even lead to death'.

That's where the Lucky Iron Fish comes in.

All you have to do is pop it in the pan while cooking. Or in your water when boiling it. And it will provide 75% of your daily iron needs. So simple.

And there's a good reason why it's a fish; it's a symbol of good luck in many cultures. And people felt more inclined to pop a fish in the pot than an ugly iron ingot. There's your hearts and minds thinking right there.

In addition, having the people who benefit from the fish make them locally gives some of the poorest communities a much needed ncome.

And the way it's been marketed - 'buy one for yourself and we'll donate one to people who need it' - is clever too. It's a double reward for the purchaser. It hooked me, if you'll pardon a fishy pun. Sadly I couldn't purchase one as they don't yet ship to the UK. I contacted them and they are a small company with big plans - they are hoping to go worldwide in the near future. I hope they do. I'd like to support them.

What I can promise is that they'll need thinkers of all kinds to make it a reality.

I wonder if you can get the same results from a Lucky Zinc Fish?

There's a nice feature on the project here.

There's a video about it here.

And Gavin Armstrong, one of the creators of the fish, gives a great TED talk here.