Before I do my final round up of the year, I just want to take a moment to say something serious about loneliness.

Many years ago, I was a milkman. Or a milkboy. Anyway, whatever the term is for a young lad who did all the running up hills and long flights of steps to deliver milk to people's doorsteps while the milkman sat in the milk float having a fag. This was in Cornwall in the 1970s when milk came in glass bottles, when blue tits pecked the foil lids and snaffled the cream and when working as a milkboy meant getting up at 5am and doing a full round before going to school (it would never be allowed now). 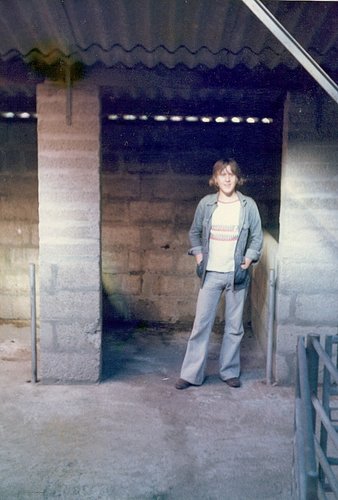 The worst aspect of the job was arriving at a doorstep and finding the previous day's milk still sitting there. Sometimes it was simply because the occupiers had gone away and forgotten to cancel it. Other times, it was for reasons less happy. The milkman and I would look for signs of the house being empty, checking in windows to see if the occupier had had a fall - we delivered to a lot of older people, many of whom lived alone - or we'd knock on a neighbour's door to see if they knew whether the person had gone away. If they had, we'd cancel further deliveries until some sign of the occupiers' return. If they hadn't, we'd call through letterboxes and listen for a reply. Occasionally, you smelled an odour that you never ever forget. That's when we called the police.

I mention this because home milk deliveries are now pretty much a thing of the past. There are no milkmen or milkwomen performing this valuable public service. And because there are no milk bottles stacking up on doorsteps, there's generally no obvious outward indication that someone may be in trouble or may have passed on. Therefore, I'd ask you to do one simple thing this Winter; look out for the old, the frail and the lonely people in your community. If they're older people, make sure they're warm enough - so many are terrified of heating bills. Make sure they have food - it adds no time to your journey to the supermarket to pick up a few extra items. Most importantly, don't let them be lonely. Loneliness is a terrible thing, whatever age you are. A 2014 survey by the Office for National Statistics found that Brits are ‘less likely to have strong friendships or know our neighbours than inhabitants of any other country in the EU’. We are, officially, the loneliest people in Europe. People over 65 now make up 17% of the UK population and, according to the charity Age UK, more than 700,000 older Brits - a quarter of all pensioners - feel lonely and isolated. And loneliness kills; it is a major factor in many instances of suicide or simply giving up on life, especially among the recently bereaved.

You will be older yourself one day. So why not pay some goodwill forward? If you can give up just half an hour of your week to have a chat and cup of tea with a lonely person - whatever their age - you will improve their lives immeasureably. And you'll benefit too; some of the best stories I've ever heard came from older neighbours. I'm going to make it my New Year resolution to do more of this in 2016 (plus lose weight, naturally).

And while you're at it, don't forget that the homeless are lonely too. Buying someone a sandwich and a cup of tea is a fine thing to do. But just stopping and having a chat with someone who has probably spent their day feeling cold, hungry, ignored and often shunned is a powerful thing. A kind word can do a great deal of good. As Mother Teresa of Calcutta once said, ‘We think sometimes that poverty is only being hungry, naked and homeless. The poverty of being unwanted, unloved and uncared for is the greatest poverty’. 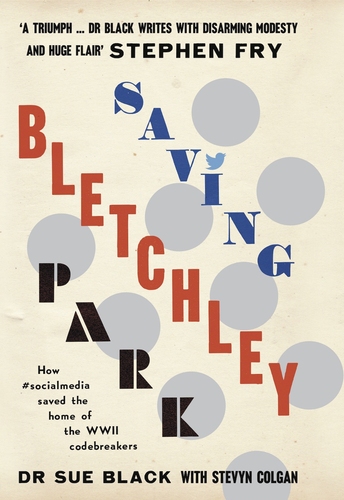 Some good news first. Dr Sue Black's Saving Bletchley Park is just hot off the press. I worked with her on the book; she wrote the story of how she started and drove the campaign to save BP from the developers while I tell the story of what BP did during WWII and why it needed to be saved. It's a glorious, triumphant story and Sue tells it brilliantly and modestly. If you buy it direct from Unbound, you won't have to wait several months before it's in the shops :)

Meanwhile, Why Did The Policeman Cross The Road? has now gone to the copy-editor for final readthrough and proofing. The cover is designed and the next stage will be typesetting and sorting out permissions for quotes and images. Then comes the exciting part - proofs and, finally, the book in May! While that goes on, I'm hard at work finishing off my comedy murder mystery novel A Murder To Die For. Do have a look and ask yourself 'Do I fancy subscribing to this?' I hope you do.

Have yourself, as the song says, a merry little Christmas (or however you celebrate this time of year) and I'll see you all in January. Now here's a little round-up of items that tickled my problem solving glands this month:

And eating less meat will have a greater effect on fixing the planet than any change to our transport or technology.

The Behavioural Insights Team ('Nudge Unit') YouTube channel with all the talks from this year's conference.

Extreme violence may be genetic.

In praise of slowness.

A brilliant and hilarious video about buses and public transport.

The extraordinary work done by Apopo and their trained rats - you will be amazed and surprised.