Coming out of the Water Closet

As you'll know if you're a regular visitor to the shed, I recently appeared on a new episode of QI playing a public toilet. There was a time, many centuries ago, when the more bashful person could hire a gentleman with a big cape and a bucket to shield their ablutions from the public gaze. 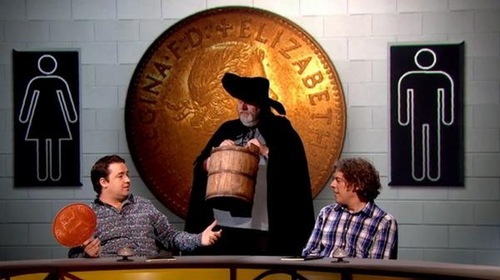 We take the smallest room in the house for granted but it wasn't that long ago that all waste disposal happened outside of people's houses; I'm only 53 but I can remember visiting my grandparents' house in the mid 1960s when they'd only just had an inside loo installed. My nan opposed it, saying that it was unhygienic to have such a thing in the house. The bedrooms still boasted a chamber pot under every bed and there was an outside loo.

But public toiletry was a different matter entirely and, for centuries, people simply 'did it in the street'. The arrival of public conveniences helped in a major way to clean up the towns and cities and gave us the 'spend a penny' euphemism as most loos cost that to use - or, at least, the cubicles did. The urinals were free so it was the ladies who bore much of the cost. 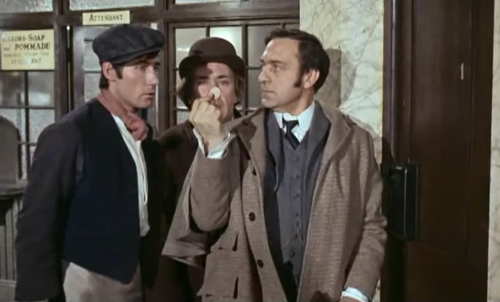 But now the public urinals are disappearing thanks mostly to misuse and vandalism. Those that remain are often a bit manky and it's interesting to note that many 'rough guide' type travel books advise visitors to head for fast food outlets if they want clean toilets. But that doesn't always help the late night revellers and people doing their Number Ones, and occasionally Number Twos, in the street is an issue in many places.

Certainly, it was an issue we looked at in the Problem Solving Unit and there is a section of one chapter of Why did the Policeman cross the Road? that looks at options for tackling it (we also learned an awful lot about urinals - you can get a taste of it (urp) on an old blog of mine here and here).

Today, I was told about a very innovative idea from India by Tweeter Dave Nicholls. Public urination is a real problem there, especially in the absence of widespread sanitation. There's a fact often bandied around that, on the Indian sub-continent, more people have mobile phones than access to a toilet. And, from the research I've done, it appears to be true. So how do you stop people weeing on public walls? You get God involved. 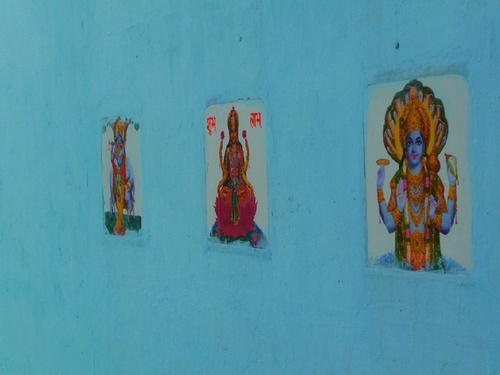 So-called 'god tiles' bearing images of saints, prophets and deities such as Lakshmi, Shiva, Saraswati and Hanuman are attached to walls to discourage micturation. And not just Hindu holy icons either; tiles bearing Muslim, Christian and Sikh images are also used.

It’s an ingenious way to keep the streets free of pee. The tiles are durable, inexpensive, difficult to steal, and easy to clean and install. In some office buildings, god tiles have also been installed in stairways to keep people from spitting on walls. They’ve also been used to prevent people from throwing garbage in certain places.

I suppose the opposite might also be true - you could encourage them to urinate where you wanted them to by putting up pictures of politicians for them to pee on!

There is the probably apocryphal story (I can hear the klaxon right now) that the careful placement of a logo on a toilet encourages the better aiming of small boys (and men) and hence drier floors. Perhaps there IS a use for politicians after all!

Janice and Pat - Not so apocryphal! There are urinals with a target spot to aim at and the infamous 'urinal fly' sticker is a real thing. See: http://www.hoax-slayer.com/fly-in-the-toilet.shtml

As for the politicians faces, I've not seen that one yet but the technique is used on boards to attract chewing gum :)