Bring in the New, Help out the Old

64% of the way there. The climb is tortuously slow but I'm doing all I can to get this baby to print. Any suggestions you might have to gee things up, they'll be very welcome!

But now here's a brilliant story from the Netherlands.

The cost of aged care is rising, as are rents for student housing. Now a retirement home in the Netherlands has developed an ingenious share house solution to help both the young and the elderly.

When Jurriën Mentink was 19, he moved into a retirement home. His neighbour is 72 years his senior.

Jurriën is a student, and he thinks he is on to a very good thing.

He is one of six Dutch students living rent-free in the Humanitas Deventer retirement home about an hour east of Amsterdam. The trade-off? Jurriën works 30 or so hours a month around the retirement home, arranging dinner at times but generally just spending time with elderly residents and 'being a good neighbour'.

'When I get home from school or work, I visit my neighbour for an hour or so,' he says. 'Elderly people are full of life. As a student, you can learn a lot.'

The cost of aged care in the Netherlands continues to rise; so too the cost of student housing. It was with those two considerations in mind that the CEO of Humanitas Deventer, Gea Sijpkes, devised the concept.

'I want it to be the warmest and nicest house where every elderly person wants to live,' says Sijpkes.'But I thought, how can I accomplish that? If you do that with staff, then it costs a lot. If you do that with students, then there is a social return on investment against loneliness. That's the idea.' 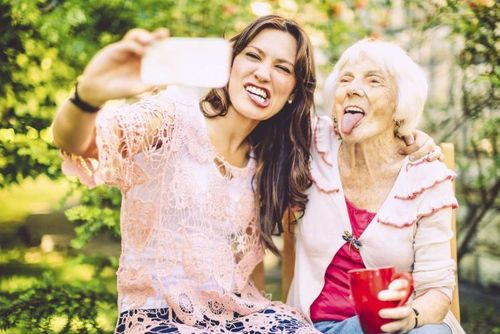 Sijpkes personally vets every student, assessing their backgrounds and motivations for wanting to work at the aged care home. Once approved, she says the students quickly form a special bond with residents.

'It's a very good thing to connect young and old people together. They can offer each other very nice things in life,' she says.'The most benefit is for the elderly people. They say that the young ones bring the outside world inside their lives and their building.'

Jurriën loves living at the home and is free to come and go as he pleases, but there are drawbacks.

'People die,' he says. 'My neighbour in front of me, she died. That's the sad part of course. Sometimes it takes a blow. It is really difficult, but I can handle myself in that situation.'

While Gea Sijpkes says she developed the program purely for her own retirement home, she can't see any reason why the concept couldn't travel beyond the Netherlands.

'The elderly tell stories, they have a lot of interest in the young ones. They always want to know whether they have girlfriends and whether they are staying overnight,' she laughs. 'They have conversations that are much more like everyday life than when they are only a group of elderly people talking. Then it is mainly about illnesses, or that somebody has died.

'Now they are talking about the music party that Jurriën goes to in Amsterdam!'