Okay. I admit it. I am slightly obsessed with benches.

My mild mania manifested itself in the mid-1990s when well-meaning local authorities started to remove public seating because it 'encouraged bad behaviour'. Or they started re-designing benches to be less accommodating. Now, I don't know about you, but I'm not entirely convinced that a park bench can actually cause bad behaviour. I'm not sure that a park bench can do anything, frankly, other than provide a respite from standing. But, despite the humble bench's innocence, people have spent decades making them harsher and uglier and more people-unfriendly in the hope that they'll behave themselves.

I mean, look. Look at these horrors and weep. 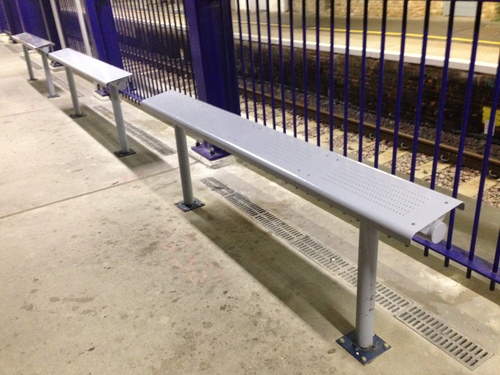 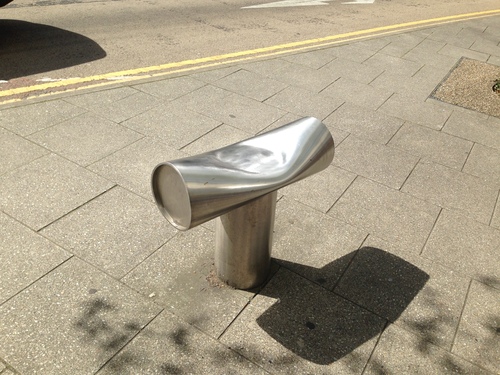 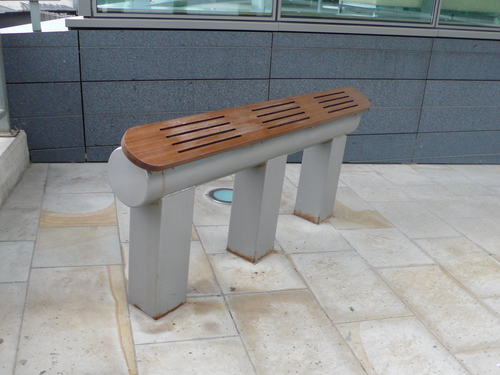 You can almost see Darwinian evolution in the change from traditional park bench to modern 'I-don't-want-kids-sitting-on-me-or-homeless-people-sleeping-on-me' bench. 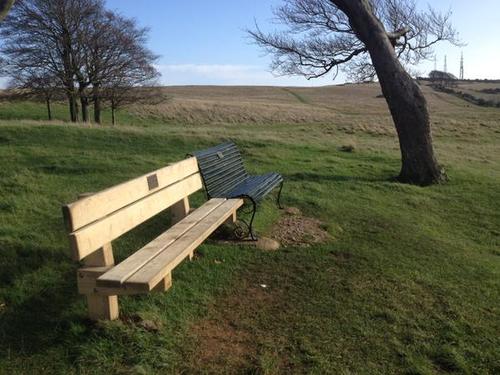 The first change was to add partitions to stop people lying down. 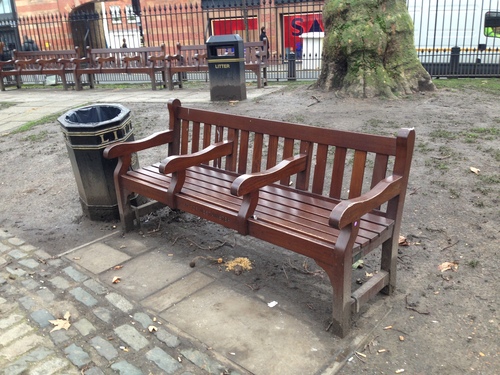 Mind you, people are endlessly inventive. 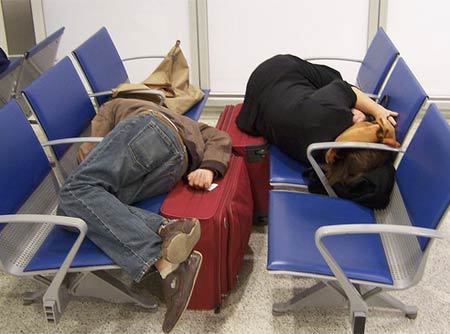 Or, you add a curve to the bench and remove the back. It's pretty hard to lie on that without falling off. It's not that comfortable to sit on either. 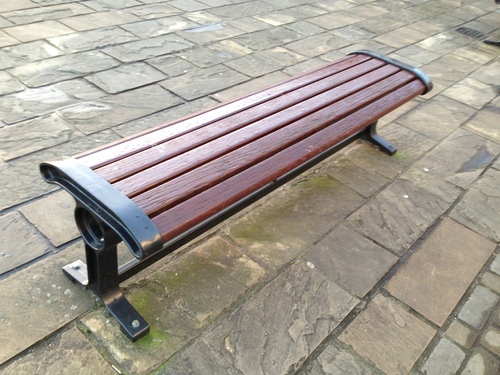 Then, change the material from warm and comfortable wood to something hard and unforgiving like metal or stone. Metal is particularly anti-people as it's hot in summer and freezing in winter. Stone just hurts your arse after a while. 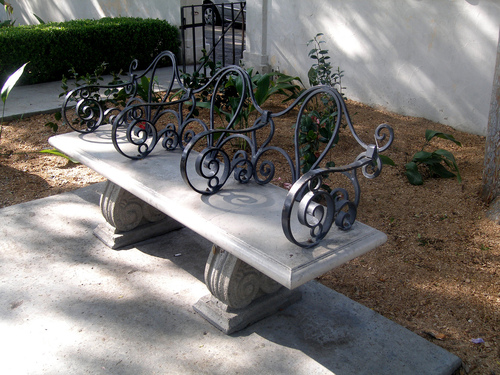 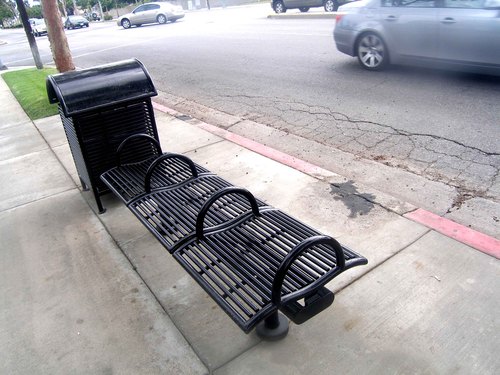 And voila! You've made your bench something that only the most desperate would sit on. Believe it or not, in China and Japan there are now pay-per-use benches that push rounded spikes into your bum if you outstay your welcome. It's like we've become subservient to the bench and not the other way round. 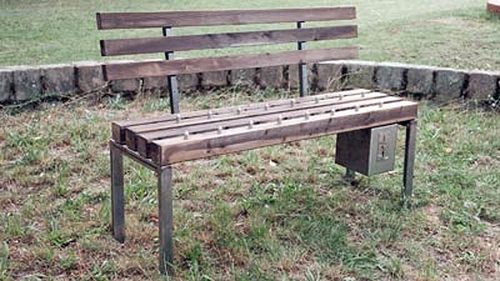 But it doesn't have to be that way. Benches can be used for advertising or for public information campaigns: 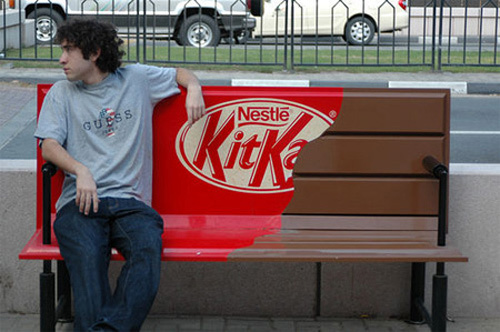 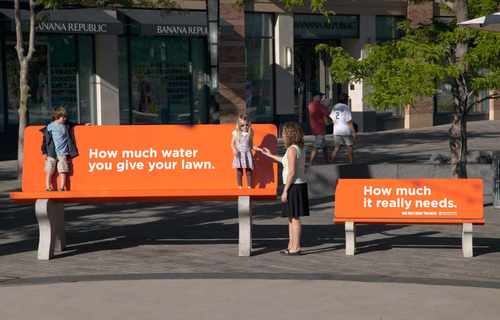 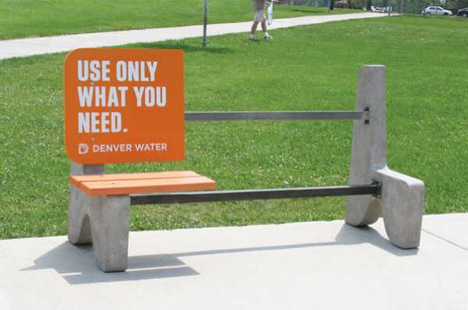 And for fun! Here's a cute idea from designer Sung Woo Park, from Seoul in South Korea. It's a park bench that rotates with the turn of a handle, so if it's been raining, you can wind it on to the dry side. 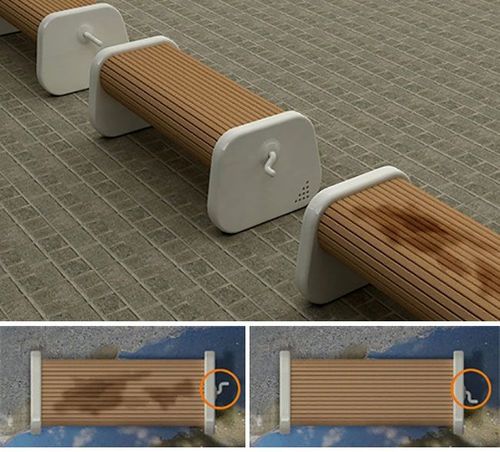 Or how about the Bench-Go-Round by artist George Zisiadis and fabricated by Rachel McConnell? (Watch a video here.) 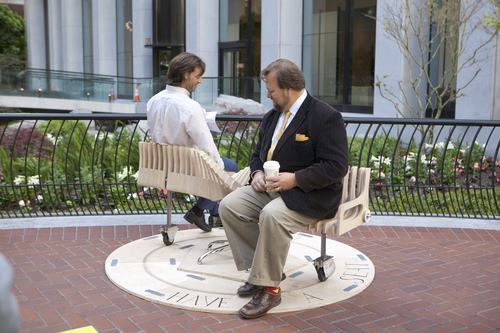 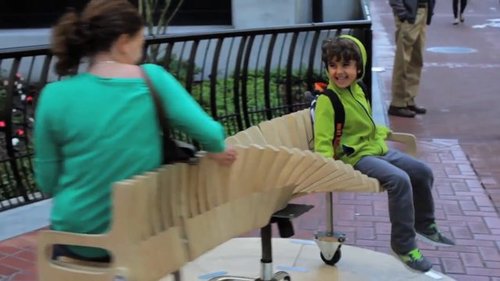 Or the See-Saw bench by Martin Nicolausson & Tom Eriksson that encourages people to communicate because there has to be a minimum of two people using it. 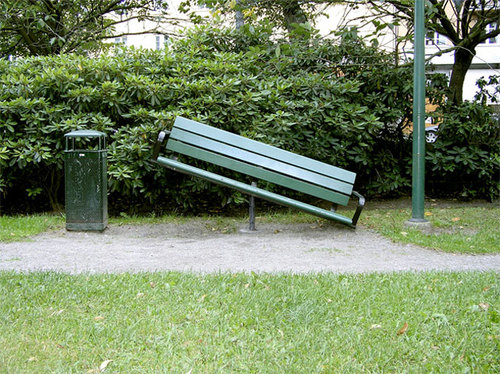 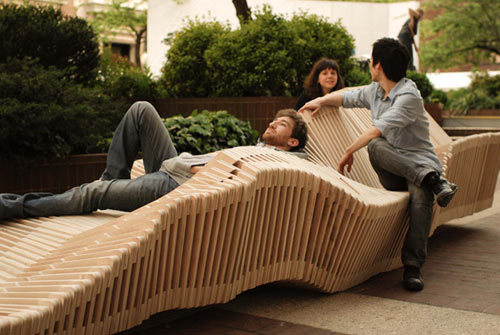 Or this beautiful Amada bench by Matthias Pliessnig: 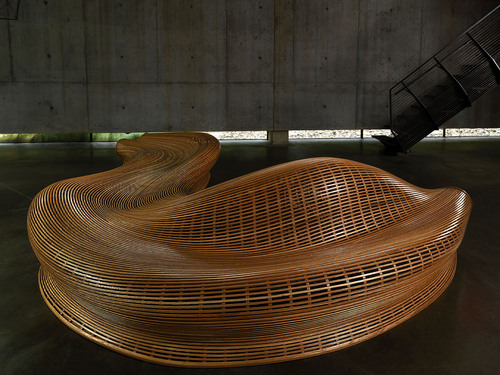 Benches can be kind and compassionate too. I LOVE these homeless-friendly benches from Vancouver, Canada. They really put us to shame here in the UK. Nonprofit organisation RainCity Housing installed modified public benches, with the goal of raising awareness and providing shelter for the homeless. RainCity designed two types of modified benches. The first of their benches had a back section that could be converted from a backrest into an overhanging cover, and listed the address of RainCity Housing, where the homeless can find additional assistance. The second type of bench was created mainly to raise awareness and had text that during the day read, “THIS IS A BENCH,” and at night, said in glow-in-the-dark font, “THIS IS A BEDROOM.” In this way, the impact of the project was two-fold — providing physical assistance and raising awareness through a campaign. Aren't they amazing? 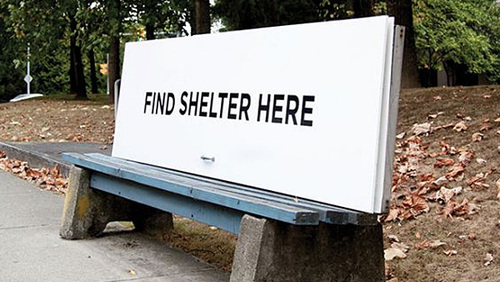 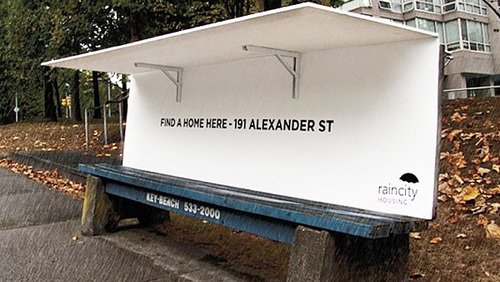 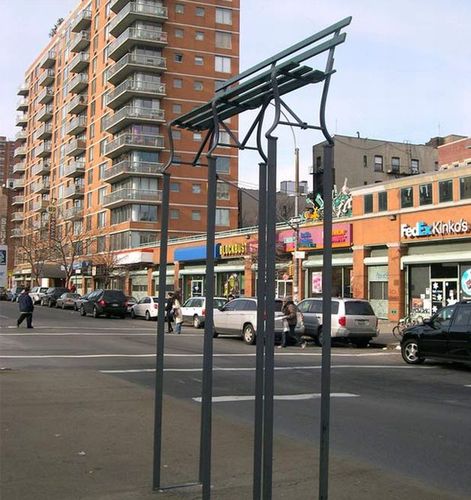 Aah ... I could talk about street furniture for hours.

And yes, I do have the most boring photo albums in the world.

A couple more for your collection - in Baydock's Wood in Bristol, fashioned out of a fallen tree...

And Congrats on being funded!