Are we programmed to be bad drunks?

I had a feature published in The Independent newspaper this week. You can read the original here. But, if you don't fancy that, here's the copy. As you expect, the editors hacked my original piece around to include several references to recent news stories and TV shows but the facts are all there.

Are Brits programmed to be too disinhibited when drinking alcohol?

Alcohol-related crime and disorder costs the UK around £7.3 billion per year. But there are plenty of other societies – many of which consume more alcohol than the UK - where drinking isn’t associated with antisocial behaviour 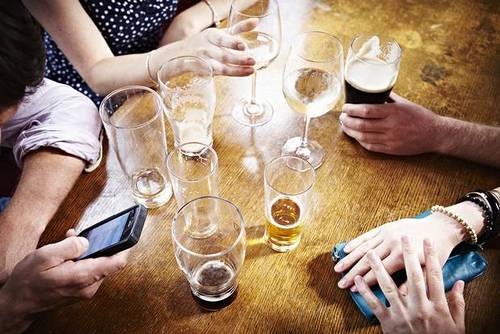 I’ve been looking at drunkenness recently. Not my own, well not quite so much, but in the context of policing, crime and social issues and some of the innovative ways they’ve been tackled in the UK and overseas. Which means, when you’re talking about crime in the UK, you inevitably end up looking at drunkenness - like it or not, the UK has a reputation for being a nation of lager louts with the consequent impact on crime statistics. But is that reputation deserved?

You’d think so, with the level of moral panic we create around boozing. This week, it’s the apparent threat to criminalise alcohol consumption during pregnancy. Last week, it was the harm that drinking does to those in the armed forces, and need for ‘urgent’ action.

Yet while we summon moral outrage around the damage of our supposed drinking culture, we gather round to watch inebriation as a form of bloodsport, whether it’s the drunken rows seen on Geordie Shore, intoxicated holiday voyeurism on Sun, Sex and Suspicious Parents, or the 12-pints-and-a-fight escapades of Bouncers.

From all that lean-forward panic and lean-back voyeurism, you’d think we were a nation of hardened boozers. Yet, back in May this year, the World Health Organisation published the results of a worldwide study of alcohol consumption. Surprisingly, the UK didn’t even make the Top 20.

Belarus came Top of the (alco)Pops with people consuming an average of 17.5 litres of alcohol per year. Moldova came in 2 at 16.8 and Lithuania 3 at 15.4. To put that in context, the global average is 6.5 litres. The UK came in at Number 25 with an average of 11.6 litres and was eclipsed by countries like Portugal (12.9), France and Australia (12.2) and Germany (11.8). And there is some evidence that the overall amount we drink is actually falling - survey after survey shows that overall consumption is dropping. The problem is that those who drink regularly are drinking more. Much more - and it’s here, in the world of the heavy drinkers and binge drinkers, that we find the roots of our bad reputation.

In the most recent Crime Survey of England and Wales (2011-12) over 917,000 violent incidents were reported in which the victim believed that the offender was under the influence of alcohol and, in the same period, there were an estimated 1,220,300 hospital admissions related to alcohol consumption (illness as well as injury). To make matters worse, some of those victims are the people who work their hardest to keep us all safe. A staggering 116,000 NHS staff are assaulted each year by drunk patients or their associates.

Alcohol-related crime and disorder is estimated to cost the UK around £7.3 billion per year. But that’s not the full annual cost to the country of alcohol misuse; £3.5 billion is spent on healthcare. That’s around £120 for every taxpayer. Alcohol dependence treatments cost the NHS £2.93 million and liver disease is the only major cause of death in Britain that is on the increase with annual cirrhosis fatalities five times higher than they were in 1970.

Most of us like a drink (and we do drink a little too much) but, as a nation, we’re moderate drinkers on the world stage. While alcoholism is a serious medical condition and alcoholics need medical help, we're talking here of a cultural issue around alcohol, where it’s the minority of heavy and binge drinkers that are doing the damage to themselves, to those around them, and to our national reputation, by banking a connection between violence and drink almost inevitable.

For those who become anti-social in their behaviour, the blame can be put on them, the drinkers, and not the drink. As the Institute of Alcohol Studies (IAS) states, ‘Currently, there is no simple theoretical model that adequately explains the relationship between alcohol and violence. The vast majority of drinking episodes does not lead to violence, and most violence does not involve drinking.’ And here’s where the research gets really interesting; it may be that crime and disorder isn’t caused by the ubiquity of cheap booze. It may simply be the way that we’ve been ‘programmed’ to act when drunk.

‘The effects of alcohol on behaviour are determined by cultural rules and norms, not by the chemical actions of ethanol’, says social anthropologist Kate Fox. ‘This basic fact has been proved time and again in carefully controlled scientific experiments. When people think they are drinking alcohol, they behave according to their cultural beliefs about the behavioural effects of alcohol.’

She points out that there are plenty of other societies – many of which are far higher on the legless league table - where drinking isn’t associated with antisocial behaviour. ‘The British believe that alcohol is a disinhibitor, and specifically that it makes people amorous or aggressive’, she explains, ‘So when in these experiments we are given what we think are alcoholic drinks - but are in fact non-alcoholic placebos - we shed our inhibitions. Our beliefs about the effects of alcohol act as self-fulfilling prophecies - if you firmly believe and expect that booze will make you aggressive, then it will do exactly that.’

As a policeman, I always found it amazing how some riotously drunk people sobered up immediately when I told them that they were being arrested. And many of us have felt suddenly more sober once the atmosphere and energy of a party has died down. Certainly, experiments have shown that, if given an incentive such as money, even very drunk people can control their behaviour.

So maybe what we need to do is learn a new set of cultural norms; no easy feat when the TV schedules are stuffed full of reality shows that turn binge drinking into entertainment. But, as Kate Fox says, ‘It is possible to change our drinking culture. Alcohol education will have achieved its ultimate goal, not when young people in this country are afraid of alcohol and avoid it because it is toxic and dangerous, but when they are frankly just a little bit bored by it.’