What do you do with old chewing gum?

It's a subject that's discussed in the book but I wouldn't want to steal my own thunder by revealing too much. What I will do instead is show you a few solutions that didn't make it into the book. They involve people using gum as an art material.

First up, here are a few pieces by Maurizio Savini. Amazing aren't they? And all made from bubble gum. 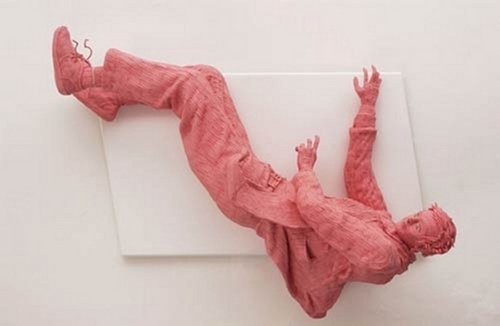 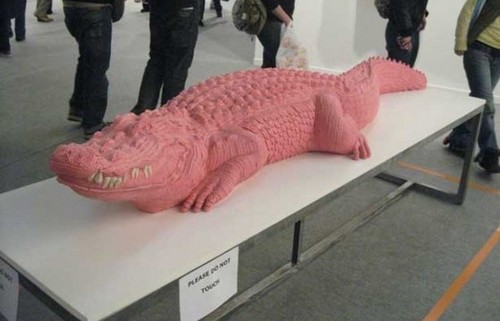 You can see more of his work here. You may also like Jason Kronenwald's gum portraits of iconic women here. 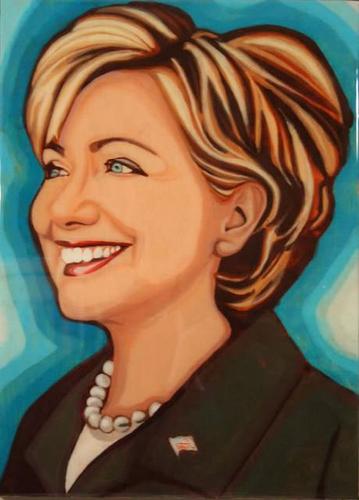 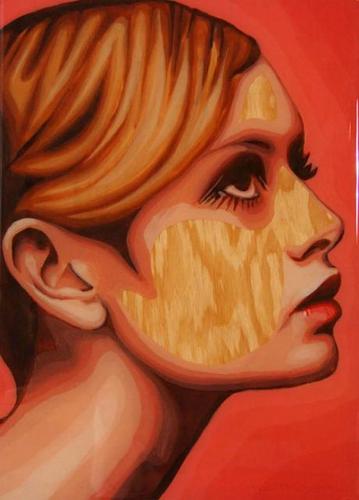 But more pertinent to this blog (and book) is what you do with chewing gum that people drop on the pavement. Well, if you're Ben Wilson - the Chewing Gum Man - you turn each gum dimp into a miniature canvas. 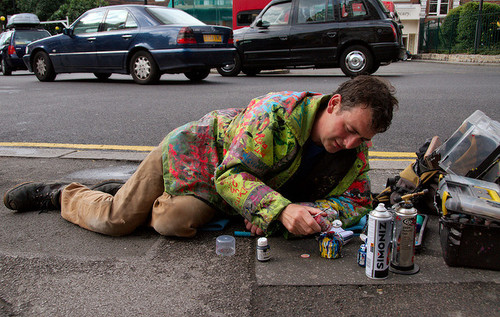 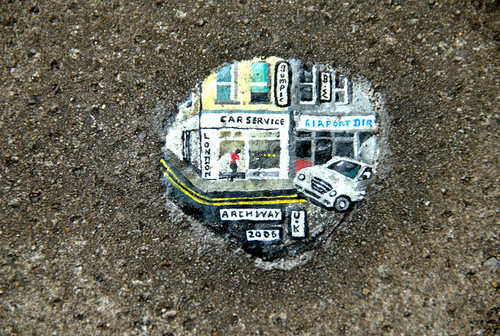 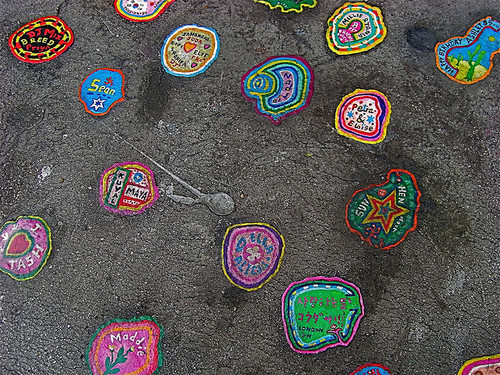 There are thousands of his tiny gum paintings all over London; just last year he painted 400 alone on the span of the Millennium Bridge near Tate Modern (see this feature on the project). “If I were to paint on walls or the pavement itself, I’d be breaking the law, but they can’t accuse me of causing criminal damage because the criminal damage has already been done, by the gum", he explains. "I paint on chewing gum because I can’t be arrested, and there isn’t a plaque next to it telling you what it is and why it’s there, so people can create anything in their own imagination.”

I met him once while he was painting a gum picture on a pavement in Muswell Hill. He's surprisingly sane, considering what he does. All I know is that anyone who is doing their bit to make the city more colourful and exciting has my complete support and respect.

If you want to read more about some of the more innovative and surprising ways that people tackle the chewing gum problem, then pledge on my new book. Or, if you've pledged already, badger others to subscribe!

Today I hit the 82% funded mark - publication is so close now I can smell it!

That's fantastic :) It reminds me of a theme bar in Idoru by William Gibson, which seems far less bizarre now it's off the page and out into reality :)
--------------
'Steep, narrow stairs, walled with an alarming pink mosaic of glistening tonsil-like nodules. Laney hesitated, then saw a sign, the letters made up of hundreds of tiny pastel oblongs: LE CHICLE. Stepping down, he lost sight of the van.

A chewing-gum theme-bar, he thought, and then: I'm getting too used to this. But he still avoided touching the wall of chewed gum as he followed her down.

Into powdery pinks and grays, but these impersonating the unchewed product, wall-wide slabs of it, hung with archaic signage from the nation of his birth. Screen-printed steel, Framed and ancient cardboard, cunningly lit. Icons of gum. Bazooka Joe featured centrally, a figure unknown to Laney but surely no more displaced.

"Come here often?" Laney asked, as they took stools with bulbous cushions in a particularly lurid bubble-gum pink. The bar was laminated with thousands of rectangular chewing-gum wrappers.