A tomb with a problematic view

Some problems are bigger than others. For instance, how do you solve the problem of carbon dioxide damage to an ancient tomb when millions of visitors want to walk around inside it every year?

That was the problem faced by Egypt's cultural organisations. Tutankhamen's tomb is one of the country's most popular tourist sites but its very popularity is its downfall. The tomb was made to last for all eternity but not to recieve visitors. It has poor ventilation and people's breathing results in moisture and CO2 that damages the surfaces. The scorched earth solution was to close it to visitors. However, a smarter solution was possible. 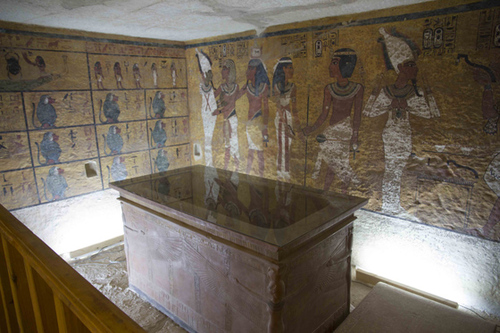 I was very fortunate earlier this year to meet Adam and Otto Lowe, a father and son team who run an organisation called Factum-Arte that is dedicated to preserving art using cutting edge techniques. Now, I could explain the whole process to you but you'd be much better off watching this short 15 minute film HERE that explains exacly what they did. In a nutshell, they used state of the art laser scanning to record the surfaces of walls and floors to the minutest detail, then used a precise milling machine to carve slabs of stone into exact copies of those walls. Then, finally, very high resolution scans were taken of the walls and printed onto a wafer thin 'skin' that could be laid over the copied surfaces. The result is an exact copy of the tomb down to the smallest crack and lump. It's a work of genius. Now tourists can walk about the replica - which has been placed next to Howard Carter's House - and touch whatever they want while the original is kept preserved and only viewable from a gallery that vents the CO2 to the atmosphere. 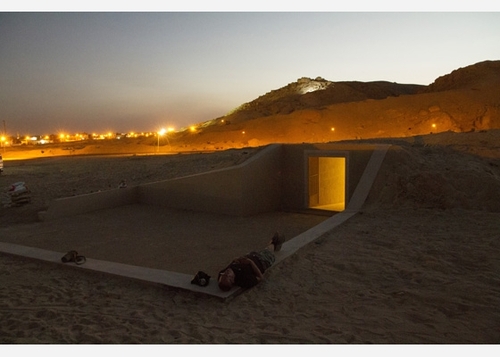 Factum-Arte are now starting on several other endangered tombs and teams are being put together to make scans of relics and sites that could be lost to history thanks to the activities of ISIS.

It's extraordinary work that they do and you'll hear a lot more about it on an edition of The Museum of Curiosity we've recorded with Adam Lowe that goes out on Radio 4 in January. Meanwhile, do visit the Factum-Arte website here and their Vimeo account which has some amazing footage of the work.

Absolutely fascinating. Many thanks for posting it and the link to the video. I always enjoy your posts and am looking forward to the book and I hope you will continue to post after it is published.

Thanks Julie! I intend to keep putting content in here up to and beyond publication. There are so many great stories to share! :)