A little bit of politics can go a long, dangerous, way

It’s been a very political week hasn’t it? The announcement of Jeremy Corbyn as the new Labour leader has been met with some extraordinary reactions. On the one hand, both David Cameron and Conservative HQ tweeted the stark and, frankly, near paranoid sounding warning that ‘The Labour Party is now a threat to our national security, our economic security and your family's security’. However, at the same time, 14,500 people joined the Labour Party in a single day. And yet only a handful of Labour MPs voted for Corbyn apparently. How can MPs be so out of step with the sentiments of Labour supporters? It's all very strange.

The day’s events led to a discussion between me and a few friends about politics and policing. If there’s one job that should never be influenced by politics, it’s being a cop but, in recent years, it’s become harder to keep them separate. 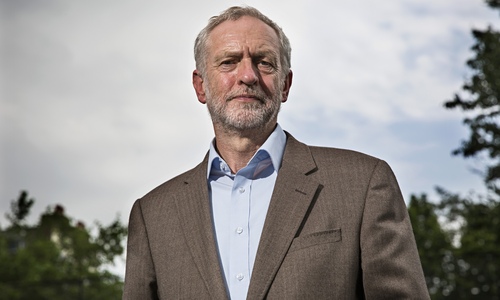 For example, in 2012, Police Crime Commissioners were introduced. This happened after my time in the police but it seemed, to me anyway, to be a positive move. PCCs were created to de-centralise the overseeing of policing and they are employed at county or metropolitan area level to be ‘the voice of the people’, rather like MPs are supposed to be in the world of politics. Their job is to monitor police activity and to ensure that budgets are used in the most appropriate way to cut crime and deliver an effective and efficient police service. They hold the police to account and ensure that officers are answerable to the communities they serve. This also means agreeing targets with the community – that reflect the issues of most concern - at a local level rather than working to centrally- imposed government targets, which is surely a good thing.

When they were first announced I genuinely thought that they were a great idea. But then the candidates came forward and all of them were aligned to political parties. I am told that they all have to swear an oath that their political leanings will not influence decision-making and affect their impartiality. I am, however, somewhat sceptical that this is possible; no matter how devoted to their area a PCC may be, there will surely always be influence from central office that will dictate or inform some of their decisions. In London, for example, the role of the PCC is performed by the mayor of London's office. Can you tell me that Boris Johnson isn’t swayed by Tory Party policy?

My worst experience of politics affecting my job was during the Miners’ Strike of 1984-85. At the time I was 23, I was newly married and our first child was on the way. I wasn’t a terribly well-informed young man; I knew no more than what I read in the papers and saw on the TV news. Nor was I particularly political back then. In those days, one of the questions you were asked at your recruitment interview was whether you were a member of a union and, if so, you would be told to surrender your membership. The idea was that, in order to be truly impartial, you should not be a part of any organisation that could seek to influence or bring pressure to bear on you (So why isn't the same rule applied to the supposedly apolitical role of a PCC?). Incidentally, around the same time, being a freemason was seen in a similarly bad light and something akin to a witch hunt ensued throughout the service. But, as I said, I was young and not at all politicised and so, when I was told that I had to go up North for a week as part of a public order serial, I wasn’t overly bothered. With a new baby on the way and all of the expense that goes with it, I was glad of the overtime. 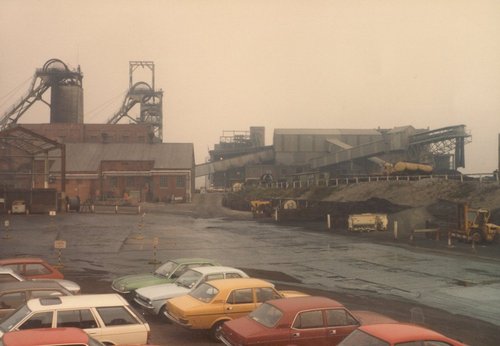 Looking back on events in hindsight I can now clearly see just how outrageously we were misused by Margaret Thatcher’s government. We thought we were there to keep the peace, as we would at any demonstration. Instead we were there as a show of force. It explains why we were taunted with chants of ‘Maggie’s Boot Boys’ and why people automatically assumed that police officers supported Tory policy. To my knowledge, nothing could be further from the truth. Most cops I worked with came from working class families and many London cops had migrated to the capital from some of the poorest areas in the UK. I was from Cornwall and there were thousands from Wales, Scotland and the North of England, many of which – like me – had grown up in areas where the mines had once been a major employer and where Tory supporters were as rare as hens' teeth. It’s also worth mentioning that pretty much all of the improvements in pay and conditions that the police had managed to secure during the 20th century had happened under Labour governments (and the current Tory leadership seems to be intent on dismantling the police service as it stands). Also, a large proportion of police officers were either married to or lived with NHS workers like doctors, nurses and midwives. Very few of them were Tory voters either. Certainly, it was my impression that most cops were either Labour voters or, because of the well-publicised antics of the so-called ‘Loony Left’ at the time, had maybe shifted their support slightly to the centre to vote for Liberal or Social Democratic Party (SDP) candidates.

Therefore the Miners’ Strike proved to be something of a moral dilemma for me. On the one hand, I needed the money; in the police service the only ways to earn extra money are by (a) being promoted or (b) doing overtime. It’s an archaic system and frustrating in the extreme but, no matter how many skills you accrue, no matter how much responsibility you have, no matter how many diplomas, degrees or Masters or PhDs you earn, you still don’t get a single penny extra in wages unless you move up a rank. So, for people like me with no desire for promotion, overtime was important, even vital. But, on the other hand, I had a great deal of sympathy with the miners and their families. I’d grown up during the decades when the Cornish tin and copper industries had been run down to zero. I’d seen the poverty and misery that the mine closures and the job losses had created. Plus, to refuse to go where I had been posted would be seen as disobeying a lawful order. So I went. 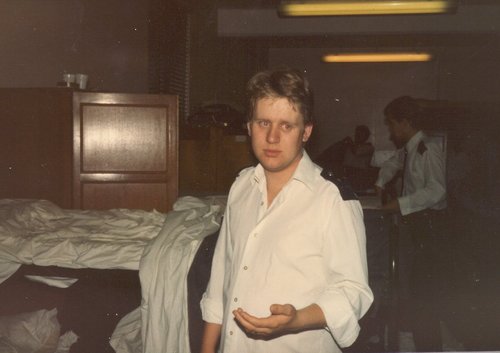 I eventually did three tours of duty at the strikes and, for the most part, was involved in policing fairly peaceful, if very angry and vocal pickets. I quickly got a sense of how we were perceived by local people; many pubs refused to serve us and some had an outright ban on police officers. I’d keep hearing stories about police brutality and of cops ‘waving their pay packets at the pickets’. That particular accusation was extremely commonplace and puzzled me greatly, mainly because police officers didn’t get pay packets. Our pay went straight into our bank accounts. I wondered perhaps whether people meant pay slips? But that seemed unlikely too as they were small A7 sized sheets printed in a tiny font. And, let’s be honest, you would need to be a particularly massive arsehole of a cop if, when packing your suitcase for a week away, you thought to include last month’s payslip just to wind up some miners fighting for their jobs and to feed their families. I can’t say it didn’t happen but it seems very unlikely. I put it down to activists and agitators stirring up hatred. However, they seemed to be busy on both sides; rumours were rife among police officers of pickets sabotaging police vehicles and beating up off-duty cops although no one ever seemed to have actually seen this happening when questioned. For every story of police heavy-handedness that was thrown at us, we would hear similarly lurid tales of pickets on the rampage. The fact that some cops did overstep their authority added fuel to the fire, as did violence demonstrated on the pickets' side, such as the death of taxi driver David Wilkie and the savage beating of Michael Fletcher. 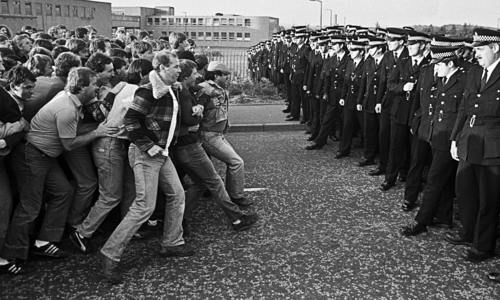 It was around this time that I realised just how much of an ‘us and them’ situation Mrs Thatcher had created. There is no doubt that bad behaviour took place on both sides but it was politics to blame for reinforcing the negative stereotypes of cops and miners; certainly much more so than any actions committed by a handful of thuggish police officers or equally thuggish pickets. Politics divided whole communities and the wounds have still to be completely healed. And politicians drove a massive wedge between police officers and the public that they are sworn to serve.

And that is something I will never forgive them for and hope to never see again.

Policing should never be dictated by party politics.

Fascinating personal take on the miners strike. Thank you for sharing. And yes, PCCs should be apolitical. But they'd never get the funding for their election campaigns.

Catherine - Thanks for popping by. It was a pretty horrible time for everyone but mostly for the miners' families. And yes, PCCs should be as free of political bias as possible (everyone has some, of course). As always, money calls the shots. Sigh.