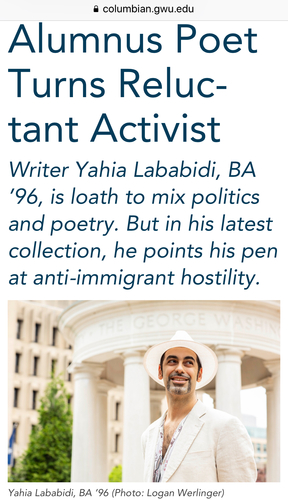 Great news!  When last I spoke to my editor, 2 days ago, she notified me that some subscriber copies have already been dispatched, and people should start receiving them any day now — probably, this week!

Again, please, feel free to share pictures or impressions of the book, once your copies arrive :)

Also, just in moments ago, some support from my alma mater, George Washington University, who are giving Where Epics Fail a big push by spotlighting it in this kind profile:

"Yahia Lababidi, BA ’96, doesn’t think of himself as a political person. An Egyptian-American writer who has published seven books of poetry, essays and aphorisms, he prefers waxing about Persian mystical poets and 6th century Chinese philosophy than modern laws and election results.

But times have changed since Lababidi immigrated to America shortly after he graduated from Columbian College of Arts and Sciences a major in English Dept GWU. Between travel bans and divisive rhetoric aimed at immigrants, Lababidi felt that he couldn't keep his voice on the political sidelines­. And as a poet, his most effective weapon was his pen."

Happy reading, friends, & I hope that you get your copies of Epics, soonest! 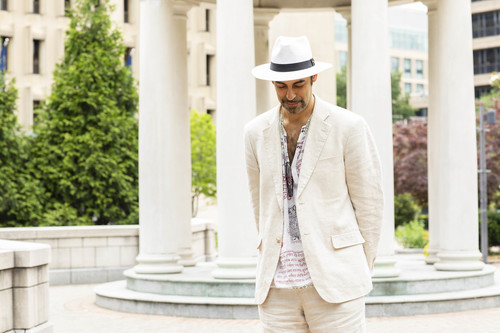