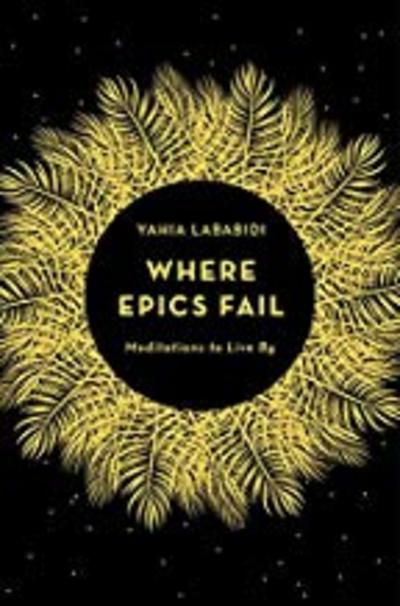 Non fiction | Poetry
You made Where Epics Fail: Aphorisms on Art, Morality and Spirit a reality. It's available in all good book stores now.
$8
150 pledges

A mug with one of the aphorisms from the book printed on it, plus 1st edition hardback and ebook edition
$115  + shipping
12 pledges

Show the world you helped bring this book to life with a Where Epics Fail limited edition T-shirt with one of the aphorisms from the book printed on it, plus 1st edition hardback, and ebook edition
$150  + shipping
3 pledges

A limited edition Where Epics Fail tote bag with one of the aphorisms from the book printed on it, plus the limited edition T-shirt, 1st edition hardback, ebook edition and your name in the back of the book
$225  + shipping
6 pledges

The author will take over your twitter for a day, plus 1st edition hardback and ebook edition
$375  + shipping
7 pledges

Be In The Book

Work on an aphorism of your own with the author and have it featured in the final book, plus 1st edition hardback, ebook edition and your name in the back of the book
$750  + shipping
1 pledge

3 sessions of coaching with Yahia (over Skype) of 20 minutes each, plus 1st edition hardback, ebook edition and your name in the back of the book
$1,500  + shipping
2 pledges

Dinner With The Author

Dinner with the author for you and a guest at his home in Florida, USA. Plus 1st edition hardback, ebook edition and your name in the back of the book
$3,000  + shipping
2 pledges

A special printed thanks in the front of the book listing you as the book's patron, plus ten 1st edition hardbacks, ebook edition

"Do you know what an aphorism is? It’s not exactly a Haiku, a proverb, an axiom, nor a poem, yet it harnesses the power of all these. Aphorisms are an ancient form, but its current-day master is Yahia Lababidi.

Like a sip of wine, a wave just as it breaks, a sliver of the moon, or a drop of rain, each of Yahia’s aphorisms appear as simple, natural gestures, that in fact hold multitudes of meaning rooted in the eternal.

See for yourself what I mean in this video of his most recent book which he hopes to publish through an innovative crowd-sourcing publisher, Unbound, in partnership with Penguin Random House." —Richard Blanco, Barack Obama's inaugural poet 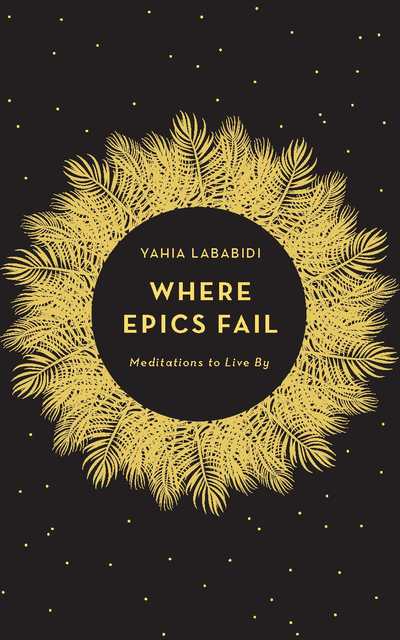 Long before Twitter, Yahia Lababidi began writing aphorisms as a teenager in Egypt, more than twenty years ago. Featured in Geary’s Guide to the World’s Great Aphorists, alongside the likes of Voltaire, Shakespeare and Emily Dickinson, Lababidi’s first book of aphorisms, Signposts to Elsewhere, was selected for Books of the Year, by The Independent. Signposts went on to be translated into Arabic, with a generous introduction by the late, celebrated Egyptian writer, Ahmed Ragab.

Nearly 10 years in the making, Lababidi returns with Where Epics Fail: a new book of his latest, concise meditations. As novelist Kris Saknussemm writes in Epics’ Introduction: “The aphorism may well be regarded as one of the oldest literary forms, and yet, in this age of Facebook memes, text messages, and sound bites, it may be the most accessible and relevant form of literary expression there is.” As further testament to the Aphorism Renaissance currently underway, Lababidi was recently included in the first anthology of its kind, Short Flights, featuring 32 modern masters of the short form.

Aimed at general readers and lovers of language, aphorisms specifically resonate with those who appreciate wit and wisdom: pithy sayings, inspirational or spiritual sustenance in a sentence. The author defines his aphorisms as “what is worth quoting from the soul’s dialogue with itself.”

But, as an immigrant, Muslim and writer living in Trump’s alarming America, and a citizen of our increasingly divided world, Lababidi also views his work as more than a series of personal reflections. In the Foreword, Dr Mathew Staunton puts it thus:

“a collection of Yahia Lababidi’s aphorisms is like an atlas of tiny maps, each one guiding us calmly through a network of possibilities to a bright and often unexpected vista. Gem-like… we are confronted with his thinking on silence, pain, forgiveness… love.”

In that sense, this collection of over 800 new aphorisms is a kind of peace offering, addressing our shared humanity, and an attempt, through art, to gently alleviate the mounting fear and loathing, directed at those of different backgrounds/faith traditions.

“In Where Epics Fail , Lababidi is an aphorist of the spirit. While his aphorisms have his personal stamp on them, they also transcend him to speak of timeless truths within the timely. They create microsms that teach us how to inhabit them. His aphorisms could form a new gnostic religion, and I could dwell a long while inside them. Yahia Lababidi may be our greatest living aphorist.”


Advance Reviews of Where Epics Fail

What these humble one-liners can teach us about the times we live in - PBS. Read here

Where Epics Fail: On the enduring power, and beauty, of aphorisms - Ceasefire Magazine. Read here

Yahia Lababidi on wisdom and poetry in the era of twitter. Watch here.