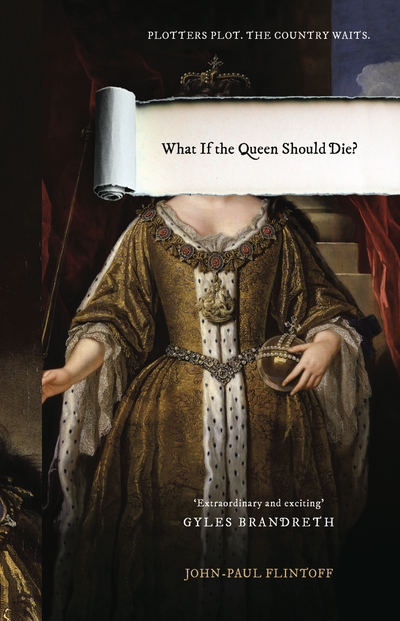 A literary-historical-thriller, based on the true story of Britain's most tragic queen, and the people closest to her.

Windsor Castle, 1714. Queen Anne is dying, with no living offspring. Nobody knows who will succeed her. There are two likely successors: the half-brother she always refused to acknowledge, and the cousin who once turned her down in marriage. She hates them both. Courtiers, politicians and hangers-on ﹘ including the writers Daniel Defoe, Jonathan Swift and Alexander Pope ﹘ plot to get whatever they can from the queen while she lives, and to steer the succession to their own advantage. But nothing can be resolved until the queen has come to terms with her children's deaths ﹘ and repaired the terrible wrong she did many years before.

Which historical king or queen would Shakespeare have written about, if he was alive today? A friend asked me that question, years ago, and it stuck in my head. I chose Queen Anne, whose life would be rejected by a soap-opera script-writer as being too far-fetched. She betrayed her father, who cursed her, and then she lost all 17 of her children. (Seventeen!) I was excited to tell Anne's story, because so few people know about it. (Why is that?) And I knew I was on to something extraordinary when I discovered that three of the most important writers in English literature were closely wrapped up in it. Daniel Defoe, now known for writing Robinson Crusoe, was then a failed businessman, working as a spy for the queen's chief minister. Jonathan Swift, author of Gulliver's Travels, was more of an insider: a personal friend of the queen's ministers and of her personal physician ﹘ as was the fashionable poet Alexander Pope.

But for years I struggled to write the book. I felt wobbly about my qualifications to write it. In fact, I gave up. Then something remarkable happened: I accidentally discovered life-coaching and theatrical improvisation. By experimenting with both these disciplines ﹘ and, crucially, by collaborating ﹘ I discovered a creative process that was both enjoyable and incredibly productive. If you support this book, at any of the pledge levels, I will share with you information and a variety of materials and techniques (including filmed interviews) relating to the process by which it came into being ﹘ because I strongly believe that it could be helpful to any writer. If you pledge at the higher end, I'll work with you in person.

Please pledge ﹘ and get your friends to do the same!