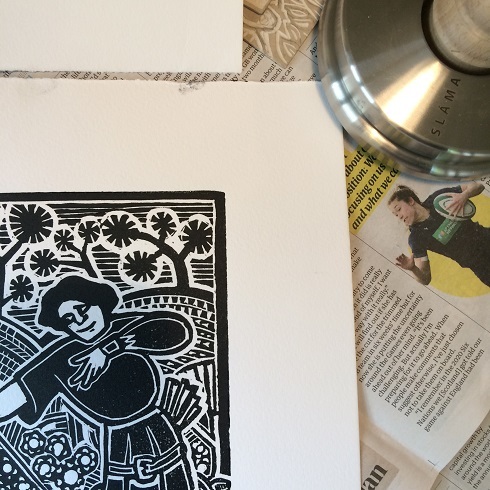 Dear subscriber – as the fundraising continues for William and the Werewolf, I thought I’d update you with work behind the scenes: the not inconsiderable task of illustrating the book! I estimate I’ll need to produce around 40 linocut illustrations to give balance to the translation; reflecting its “feel good” theme, I’ve chosen a gentler illustrative style than with King Arthur; more akin to my Gawain translation.

The photos give you a flavour of this style - and what you can look forward to when the book arrives. The narrative is engaging – the mediaeval scribe, also called William, chose to remove considerable violence from the French source – so I’ve decided to produce images in tune with his ambition. 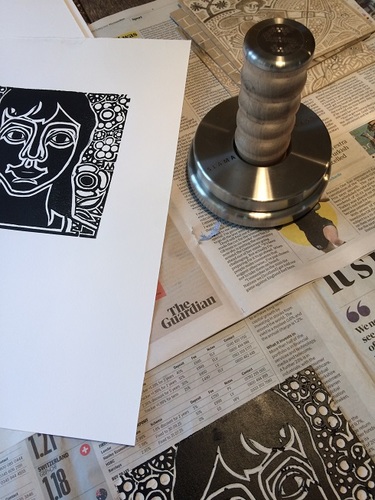 (above: William's Dream - inked up plate in the foreground)

I am working through the narrative sequentially, so my early prints are from the beginning of the romance: William’s discovery by the cowherd; his life in the forest; the creation of the werewolf; William’s dream of Melior; William proving himself as a knight; the lovers’ escape dressed as bears. 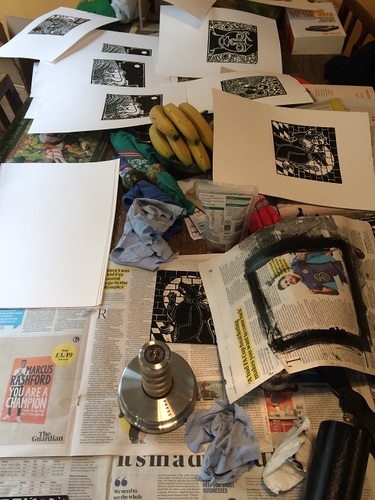 (Above:output with bananas - a chaotic artistic composition for the new book!)

Those of you who follow me on Twitter may have seen some of these images before although I am showing more here. I hope you like what you see – as with my other translations, this will be another ‘illuminated manuscript for the modern age’ and will, as with the others, also feature decorated/historiated capitals at the beginning of each section. 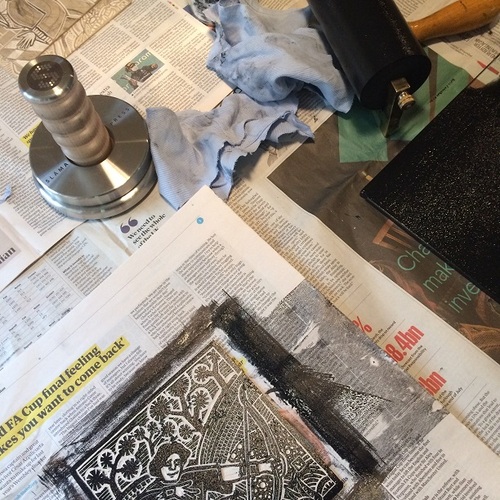 (Above: the Slama Press - top left - weighs around 5lb but glides across the paper)

In recent years, I’ve suffered with the effects of frozen shoulders so, when printing test prints from home, I am now using something called a Slama Press, which is made in the Czech Republic. It takes the form of a large metal plate containing about 60 ball bearings which is rolled across the paper once it is lain on the inked up linocut plate. It is much easier for me to use at home than a nipping press; however, the final prints will all be run off a Victorian Albion Press as normal, hopefully that of Sue Jones at Stoneman Press.

Thank you once again for supporting my book. Please do spread the message and help make William and the Werewolf a reality.