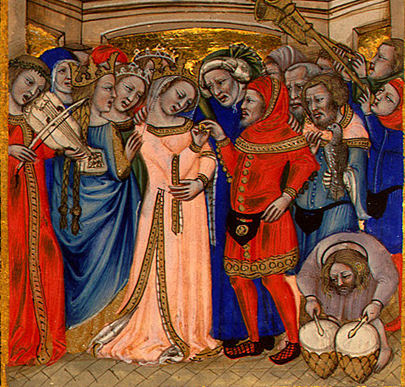 The simplest words often convey the most complex meaning. This is certainly the case in place-names where settlements with the shortest names are often the most ancient in origin, a testament to when the land was new in the experience of those who lived within it. The brevity of their names – Ware, Lymm, Wath – conveying a presence in the landscape larger than their current sense might now suggest. In one word, enormous meaning is conveyed; so it is with the notion of “home”, a simple word derived from the Germanic and Old English hām.

What makes a home?

A dictionary would suggest that “home” might be the dwelling one lives in, usually with one’s family. Yet the word is bigger; it is a rich context of people and place, of shared history together, a place in the past as well as a place for the present. It may have geographical resonance or even a peculiar light.

Later, someone’s home, when conveyed to memory and then eventually passed on to descendants via language or writing, ceases then to exist as originally defined. Now “home” becomes “home as imagined” rather than “home as is” – the prince’s home in the mind of his friends is different to the home which exists in his own mind.

A prince's home in a romance, then, is far, far away than that experienced by the prince himself (or even concocted by his poet-scribe): it is an imagined concept enriched by the mind of the recipient. Hence, “home” is a richer word than its simplicity implies, with different meanings and contexts to different people.

The importance of home in mediaeval romance

In William and the Werewolf (William of Palerne), “home” is the essence of the hero’s condition. “Home” for William is Palermo; “home” for the werewolf (prince Alphonse) is Spain - both represent an essence of stable lordship, inherited by right.

William is exiled from his home by the actions of his wicked uncle wanting Palermo for himself – threatened with death, he is stolen away by the kindly werewolf never, it seems, to return. The werewolf himself is equally an exile: prince and heir rendered wolf by a jealous stepmother, intent on her own son inheriting her husband’s kingdom rather than the king's firstborn.

For a mediaeval audience, the nature of each hero’s home would have been profound – a rich context of certainty, love and friendship in lands well-known and deeply loved, even if in the subconscious. As a consequence, the relevance of exile from it would have had huge narrative and emotional power for the audience.

In being taken from his home by the werewolf, over land and over sea, William is depicted as suffering immeasurable loss; a life of certainty and inheritance plunged into jeopardy. Equally, Alphonse, transformed into a werewolf is rendered worse: even if he were to return home, his lupine form –unable even to speak – makes him incapable of achieving an end to his exile.

Uncertainty and the need for clarity

If life itself was uncertain, as the Black Death of the 1340s and beyond was to prove for the audiences of William and the Werewolf, society itself was reliant on fundamentals. Monarch and church acted as sea anchors, holding together the fabric and structure of society tossed mercilessly by uncertain and capricious waves.

Home was also a crucial element in the intellectual make up of the romance’s frail patron, Humphrey de Bohun. Compelled by illness to surrender his role as Constable of England and settling at Pleshey, even here the Black Death not only threatened his community but also those he relied upon to preserve his memory – the scribes and limners responsible for some of the greatest mediaeval books every produced: the de Bohun Manuscripts.

It is thus that the power of William for his contemporary audience is that of a soul cast adrift from the certainty of his homeland; the audience is attracted to his story, wanting his exile to be resolved and his home to become his once again. A place where the hero can be himself, where happiness returns and where society is ordered.

At the end of the romance, some critics have suggested that the poet labours far too much in describing in detail how each character is “resolved”; that this is unnecessary once William and Alphonse themselves are returned to their rightful positions.

But this criticism is too simplistic, too much based on modern perceptions of how stories should be resolved. If heroes are returned from exile, so it is that the other characters’ own homes are resolved; even the wicked stepmother has her chance at redemption. Order, a sense of social and environmental contentment, is critical to resolution: the multi-layered fabric of a society at peace is what makes a home.

Home, after all, is where the heart is. We ask ourselves now: what, therefore, is heart?

PS. As I write this update, Christmas gets nearer and the thoughts of home and family are often uppermost in our minds. May I take this opportunity to wish a very Happy Christmas and a peaceful New Year to each and everyone of you who has supported my work. If you are looking for Christmas gifts for loved ones, please take a look at my website, where you can buy signed and dedicated copies of all my books (and even purchase greetings cards and original prints too). For full details, please visit www.mythicalbritain.co.uk/shop.