A beautifully illustrated translation of the 14th century chivalric epic.

What does is feel like to be an exile from your land? 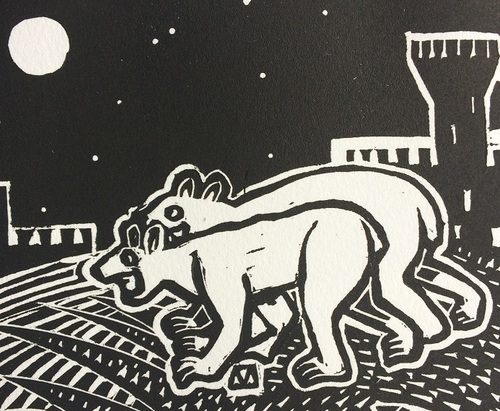 A theme of several mediaeval romances is that of exile; typically a young knight is disinherited from his lands by a wicked relative and, over several episodes, recovers them. Yet, as we know from our own times, exile is more than just a literary theme; it is a state to which many are condemned by the violence and insensitivity of others. A state of loss.

In William and the Werewolf, the hero is exiled less by deed than by chance: as a boy about to be killed by agents of an uncle intent on stealing his lands, he is rescued by a benign werewolf. This werewolf, himself a prince made exile by the magic of his wicked stepmother, sees a soul similar to himself and decides to act out of the goodness of his heart.

Life as an 'other'

In so doing he is emblematic of the suffering of all exiles; he is ostracised by appearance and must work to overcome prejudice and ignorance to assert himself in strange lands. He is an “other”, shunned by society as strange and dangerous – a threat. He is chased and hunted, attacked and, even at the end of the story when all will be revealed, still vilified by members of the court.

But appearance and “otherness” should not deny humanity. The werewolf, after all, is responsible for ensuring the young child William is found and looked after by a friendly cowherd. Later, when William is taken from the cowherd by the emperor of Rome as a “fair unknown”, we are aware that the werewolf is never far away.

Dressed in a different skin

When William as a now-respected knight and courtier elopes with Melior, the only child of the emperor of Rome, he is once again exiled from a community of friends as the court hunts the couple down. Dressed in the skins of bears (above), hunted through woodland and field, the couple nonetheless have a friend; the werewolf is shadowing their every move.

Slowly, they come to realise that the werewolf’s deeds show that he is the same as they. Double exiles (William from Palermo and Melior from Rome) and on the run, they see him not as a threat but, beneath his animal exterior, a force for good – a soul like themselves, yet judged by his appearance and seen as an outcast.

Of course, the werewolf ultimately helps William retrieve his lands. When William regains his ducal crown, he is in a position to marry Melior; at the same time he has the power and legitimacy to uncover and repair the damage done to the werewolf. The wicked stepmother is brought to court and compelled to reverse her magic. The werewolf, now prince Alphonse, recovers his rightful inheritance too.

Words from yesterday as powerful today

Of course, life is never as simple as this but mediaeval stories of exile still speak to us today. We can shun those we see as “others” and send them thousands of miles away for the sake of headlines, political gain and some odious sense of nationalism. Or we can see each and every werewolf – every ‘other’ – as a soul lost from their land, their culture, their hopes and their future.

William and the Werewolf is a story for today. It shows what it is like to be within the skin of another. It demands that the wicked rhetoric of prejudice be cast away in favour of the common good. Above all, it is a story of good government, fairness, integrity and justice.

It tells a story of a belief in the humanity of the world. Where the skin one is wrapped in is suddenly invisible and we see the truth of self where ‘others’ are like us.

PS. You are reading this as a supporter of William and the Werewolf. The book is currently 71% funded but still has some way to go to make its message heard. Please can you help spread the word by asking your friends to support the book? They can do so here. Every patron will have their name in the back as a supporter. Better still, in bringing this story of exile to a new audience, every patron is helping reverse the grotesque language of prejudice which seems so much to be on the rise once more in the world.

Illustration: the illustration above will appear in the book and is also available as a pledge option if you were thinking of upgrading your pledge - or pledging for an additional copy!. Check the pledge rewards for all pledge options. 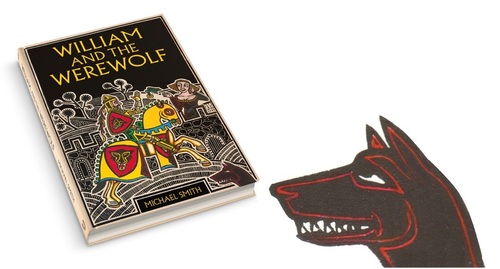 A signed copy of the first edition hardback with a personal thank you from Michael and a hand-written line from the poem, chosen and written by him in Middle English, featuring one of the love passages spoken by one of the characters. Plus the name of you and your partner or loved one printed TOGETHER in the back.

A Signed copy of the book, plus ebook, plus a boxed set of 16 high quality greetings cards (with envelopes) featuring linocut prints of mediaeval animals and people from William’s time, all created by the author. Only 12 Sets Available 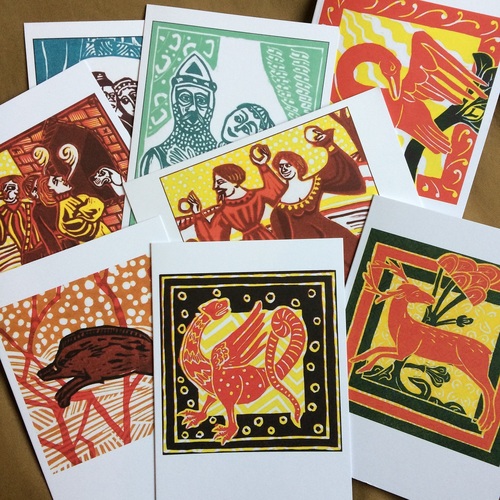