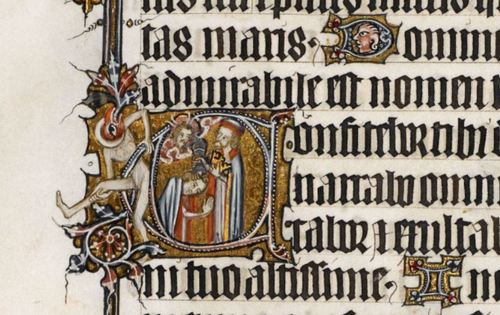 In 1936, M R James and E G Millar published The De Bohun Manuscripts: a Group of Five Manuscripts Executed in England about 1370 for Members of the De Bohun Family through the Roxburghe Club. Describing together a group of manuscripts of major importance, it revealed the De Bohuns (prounounced de Boon) as patrons of works of the highest order.

Outside the collections of royal circles, these manuscripts represent an apogee of style and execution of supreme skill and craftsmanship, the output of a dedicated group of scribes and limners (illuminators) working for a family with a strong literary conviction. While more De Bohun manuscripts have been attributed to the collection since, James and Millar’s work of 1936 shone a light on the literary tastes of English aristocracy outside the royal household.

Exquisitely written and lavishly illuminated, the manuscripts reflect not just the taste of their patrons but also the nature of aristocratic society. Books were there to be enjoyed visually, to be read, to be shown to others, and also – by dint of their very quality – to be substantial financial assets.

In the case of the De Bohun family, it seems that the beginnings of the surviving manuscripts rests with Humphrey de Bohun, Sixth Earl of Hereford and Essex (c.1309-61).  The bulk of the work was undertaken in the second half of the fourteenth century until the seventh earl died without male heir in 1373 and the earldoms eventually reverted to the Crown .

We are fortunate to know a great deal of the de Bohun literary legacy. The inventory of goods and chattels seized at the de Bohun seat at Pleshey in 1397 included a substantial number of books including religious volumes, bibles, historical, scientific and hagiographical texts, as well as “various romances and narratives” such as the popular Bevis of Hampton. While some of these works were new, it seems many had been at Pleshey for some years; this was the legacy not just of personal interest but the result of a longer term familial dedication to the notion and importance of the written word.

But this was not the mere manifestation of a magpie-like obsession with the beautiful. The de Bohuns, it seems, not only acquired books but also oversaw their production. This was not an industrial process of course but one of craft, bringing together scribes and limners  at Pleshey to create distinctive works of exquisite beauty. Such a development certainly helps explain the scribal and illustrative contiguity of the major manuscripts in the collection.

An example of quality

One such is the Egerton Psalter (Egerton MS 3277), which James’ co-author Millar (assistant keeper of manuscripts at the British Museum) revealed to James as he lay dying and with their de Bohun book already on the presses. Of breath-taking quality of execution, Egerton represents an apogee of style designed to please and to assert taste. Dated by the British Library as the second half of the 14th Century, with elements dating it to before 1389, it represents the physical embodiment of culture, an expression of patronage and a statement to the family’s lordly peers. 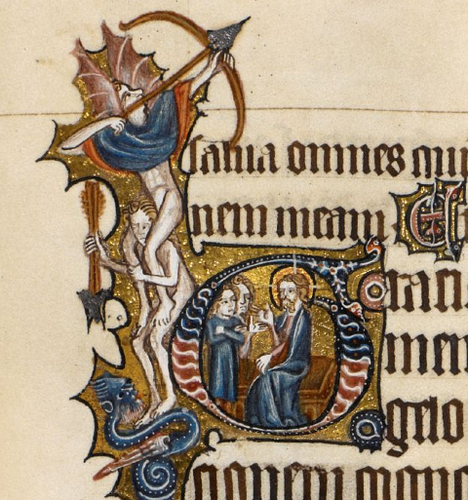 So it is that in this light we must view the creation of William and the Werewolf, William of Palerne, a translation commissioned by the Sixth Earl of the French romance, Guillaume de Palerne. We are told by its scribe, also called William, that is was

(The noble Earl of Hereford, Humphrey de Bohun; whose mother was the daughter of good King Edward; he enabled this matter to be told in this manner for those who neither know nor understand French).

William and the Werewolf, as a popular romance, fits at the other end of the scale for the de Bohun manuscripts. This is a work to be shared, enjoyed and most likely read aloud – either in a small group or possibly in a regional lordly setting. Intended, it seems, as an altruistic gift to Humphrey's distant estates, the work nonetheless reflects the broad taste of the de Bohun family; an interest in the popular as well as the divine. 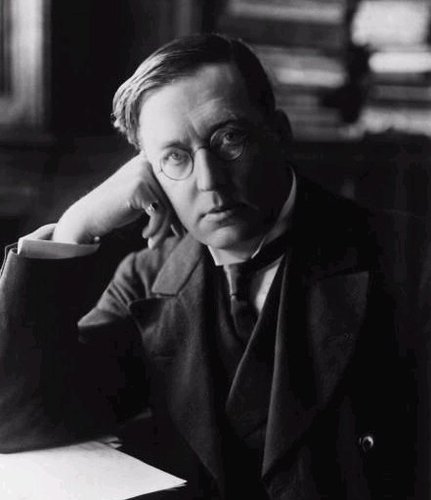 In some ways it sits like James’ ghost stories against his own work as a renowned mediaeval scholar. A remarkable parallel through the centuries; a passion for beauty and a passion for storytelling.

PS. If you are reading this and you have not yet supported William and the Werewolf, you can do so here.  If you are interested in MR James, a book of his letters is currently being assembled for publication by Dr Jane Mainley-Piddock. With a foreword by Mark Gaitiss, Casting the Runes – the Letters of MR James is also being published by Unbound. You can find out more about it, and support it too, here. And remember, every supporter has their name published in the back - mine's already in there! 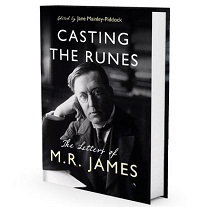 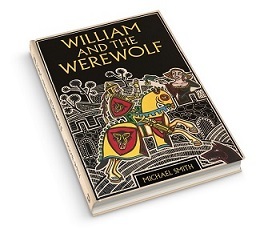 Images of MS 3277 via British Library; image of MR James via Wikipedia commons.

The Roxburghe Club book on the manuscripts was published privately by the Club in 1936. It is described by the Club as: The Bohun Manuscripts, described by Montague Rhodes James, with an Introductory Note on the group on MSS. by Eric George Miller With 68 Plates in facsimile from the 5 MSS. described.

Many thanks Gregory. The parallel world to these romances is as fascinating as the stories themselves - often more so! Michael