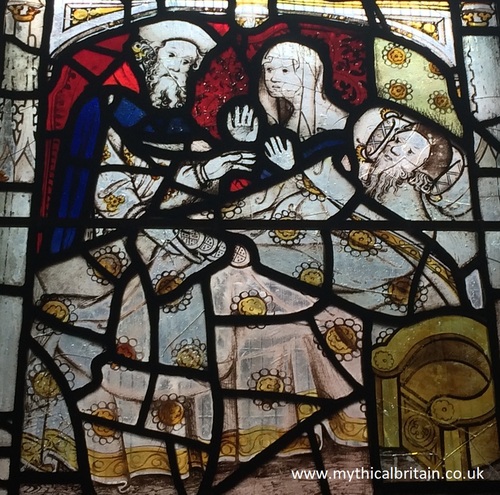 In the mediaeval period, even though people had little power to be able change anything, this did not mean they had to accept the ways of their rulers come what may. If 'peasants' could revolt - as in 1380s England - others could react  in different ways; in particular by the power of the written word. It is for this reason that mediaeval romances must be looked at beyond their surface layers.

The importance of decency

William and the Werewolf might not look at first glance like a "fiction of audacity", challenging the status quo and demanding better things. However, within its pages lies a pointed critique of English high society and the need for good governance - the importance of a social order and the need for decency in the upholding of its fabric.

Central to good governance is the integrity of the leader. In the character of William we have a lord deprived of his lands by the machinations of a wicked uncle; William is only spared when he is rescued from certain death by a friendly Werewolf. The Werewolf himself is not what he seems but is instead another prince, Alphonse, who has equally been deprived of his inheritance by the dark artistry of his wicked stepmother whose powers of magic turned him into what he is.

We see the injustice done to them as damning those who delivered it. We revel when, at the end of the poem, natural justice is restored and decency of leadership reigns once more over William's native Palermo.

Good governance lies in the heart

In unraveling the injustices done to both William and Alphonse, the reader (the audience indeed) sees that the true way is the just way; we expect a certain way of behaviour - that lords, by nature, must be truthful and just, decent and upright. They are loyal to their subjects and loyal also to their wives. Clearly, this was rarely the case, but the point is that the scribe wants us to think in this way; that we judge leadership by what lies at the heart of the lord (and, as is made clear in the poem, the lady).

As the poet tells us towards the end of the romance,

Then William at once, as a wise king should,

Put peace back in his realm among all his people,

And annulled all loathsome laws which had long been used,

And gave for good ones to be made, and granted many more,

Which were held by his people and proven most profitable,

So that never a Christian king captured more affection

Than did William for some while, I will tell you truly.

Integrity, honesty, decency in leadership lie at the heart of the message of William and the Werewolf. In this day and age, where plainly illegal acts are described as "unwise" rather than unlawful, and where the patently obvious is brazenly described as something which it is not, the poem has a new relevance. William says there cannot be one rule for rulers and another for everyone else. 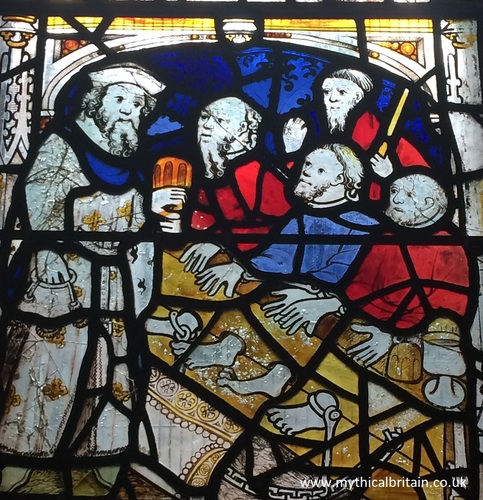 A leader is judged ultimately on their personal integrity, not mendacity. Duplicity is despised and, in particular, what the mediaeval poets called the ultimate sin of surquedry: an overweening arrogance and pride. What we might call a sense of entitlement which betrays all others.

Treachery to friend and state, after all, was viewed by no less than Dante himself as being as close to the darkness of Lucifer in the pit of Hell as it was possible to get.

A gentler Dante with still a powerful message

William is not Dante of course, but it contains a powerful message notwithstanding. Gently, subtly, this magnificent poem, transcribed for an invalid Humphrey de Bohun denied his true place in the world by infirmity, shines a light on the politics of arrogance and treachery. It says in its own mild way to rulers who put themselves before the common good, that they are not wanted here.

William and the Werewolf offers sage advice to a corrupt lord blown bigger by his own surquedry and unable to change his ways. To coin a now well-known phrase:

It is not fit that you should sit here any longer. You have been sat here for too long for any good you have been doing. In the name of God, go.

PS. Please can you help spread the word about William and the Werewolf? As I write, the book has over 250 supporters and is 67% funded (so, two thirds the way there) but we need a big push to help it achieve its target. If you know of others with a love for mediaval literature please ask them to be patron if you will. Alternatively, if you'd like to upgrade your pledge level, everything will help see this wonderful romance become reality. As well as translating this poem, I will also be writing a detailed historical introduction with copious notes and a glossary - just like my other two books (Gawain and the Green Knight and King Arthur's Death) - and illustrating it with my linocuts (some of which are available as special pledge rewards if you'd like one).

PPS, if you are reading one of these updates for the first time and would like to be a named patron of William and the Werewolf, do pledge here