Courtly love, sex and desire in William and the Werewolf 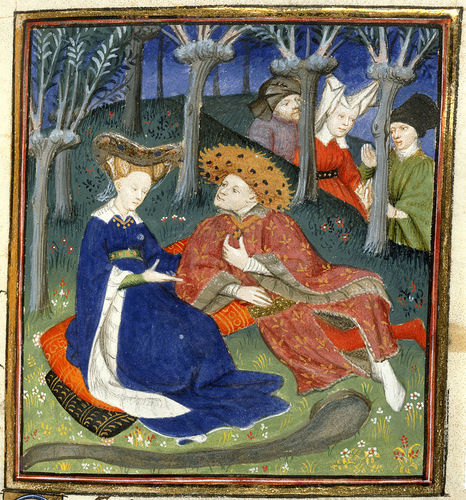 A central component of William and the Werewolf (the fourteenth century romance also known as William of Palerne) is the love between William, the poem’s central character, and Melior, the daughter of the Roman Emperor. Yet it is how this love plays out which makes us consider our approach to the notion of “courtly love”.

When the emperor first brings William to his palace as a foundling in the forest, little is known about the boy except that he had royal clothes in his possession. He is what the mediaevals called a "fair unknown", a sort of "male Cinderalla". Although we, the audience, know that William is the betrayed son of the King and Queen of Palermo, all the emperor knows is that the boy was first found in the woods by a cowherd; William therefore has no proven royal status.

Hence, while he places William in the company of his daughter Melior as her page, there is an unspoken convention that, despite the possibility of noble blood, William is socially beneath the princess and therefore not a threat to her higher role as future heir. This is central to the audience’s perception: princesses marry princes; kingdoms and heirs are the gift of royal marriages and connections. Marriage consecrates dynastic longevity.

The destructive power of love 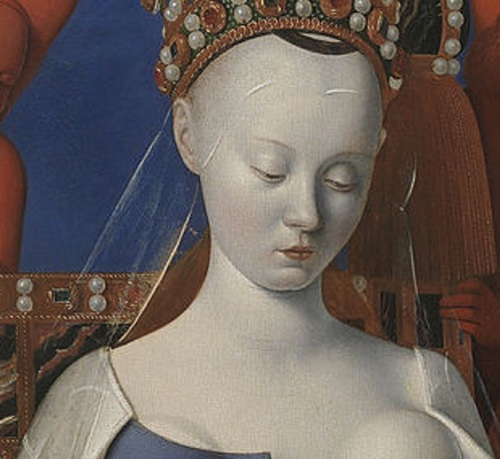 Yet, nothing stands in the way of love. Love in the very height of its apex – the connection between two souls - can create an intensity so fragile that when it is switched off its very essence of joy can become fierce loathing. The passionate love expressed in William and the Werewolf centres on the urgency and intensity of an emotion so often hovering between the boundaries of exquisite love and the resentful hatred of rejection.

At this heightened level of intensity, love becomes dangerous and potentially destructive. Love can be about the ever-present “now” – an almost destructive desire always to be in the present – or an exquisite “then”, the semi-addictive longing for ever more pleasure, a joy without end. Crucial to love’s power is what the Greeks identified as a bittersweet and unachievable desire for something which is missing, a “lack”.

The narrative manipulation of love 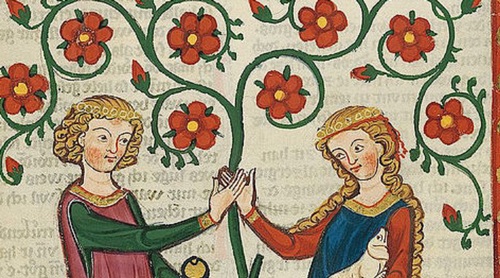 The mediaeval romancers understood the harshness of love’s barbed arrow and how to reveal it in their work, making it effective by portraying two lovers and the ever-moving enemy which hinders their fulfilment. They could explore its substance, play with it in their characters or even hover on the boundaries of perceived legality.

In William and the Werewolf, William loves Melior and vice versa; the key hindrance is the difference in their social status and the Emperor’s later desire for his daughter to marry the heir to the Emperor of Greece.

When eventually the pair elope, the hindrances become ever more fluid, varied and colourful: pursuing soldiers; the threat of discovery by charcoal burners and quarrymen; crossing the straits of Messina and finally their revelation to the queen of Palermo. This is a love which must find a settled state – with the werewolf as facilitator.

Courtly love or lust and sex?

Yet despite the “romantic” adventure in which William and Melior are placed - a sense of two imperilled lovers on a desperate journey of escape - this cannot hide a lustful intent. If we probe deeply, we find a narrative current which explores not only love, but also lust and sexuality - albeit cloaked in a desperate world where God is often invoked to save the romance and preserve the lovers. Notwithstanding, the romance challenges our understanding of the notion of love which is somehow “courtly”.

In archetypical mediaeval love scenes in the garden, where William pines for Melior – a pining replicated by Melior herself - we are introduced to the bittersweet nature of their love. William, troubled by his anxiety, walks about in distress,

And wandered in woe, waking often at night.

Such longings of love had so beguiled his heart

He knew not the best way to abate his bleak yearning.

Indeed, when William learns that Melior may become betrothed to the son of the Greek emperor, he almost dies from his love for her and the fact that his love may become untouchable, unreachable. Similarly, the introduction of the maid Alisaundrine lets us explore Melior’s illness too as the princess speaks her woes to her closest friend, allowing us to understand her feelings in a compelling way. She explains,

Often it takes me some ten times each day,

And nine times on the night, not less than that;

Caused by a throbbing thought which thrills my heart;

I would tell you all of my matters if I might, for shame…

And it is at this stage in the poem when we read of William’s dream of Melior in which he talks with his love, whose passion – nor ambition - is without any doubt, yet he wakes holding a pillow, imagining he has been holding his lover. As she says to him in the dream,

Lovely lord, my sweetheart,  clasp me in your arms,

And work your will with me or wholly and fast

My life is truly lost, I am so lovelorn for you

We are invited by the poet to understand that a deep sexual longing is to be fulfilled, not hidden away by coded language. Thus it is that the pair eventually elope, helped by Alisaundrine. Here, in Melior’s own chamber (itself a reference to the couple’s sexual expression), the pair are dressed comically in the skins of white bears so they can escape unseen from Rome. The skins metaphorically become a sexual embrace and symbol for their physical togetherness; William and Melior are wrapped in the warmth of their love – skin to skin. A tactile love. 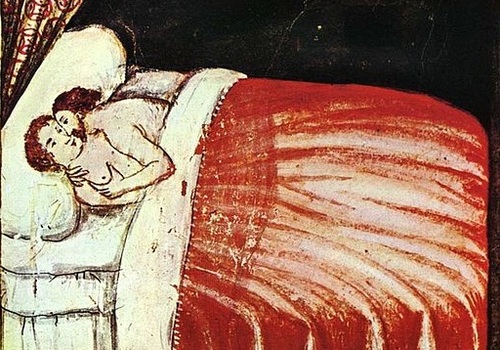 In the ensuing chase through the countryside, we see William and Melior sleep together in holt and by highway. We are not expected here to assume that the couple are platonically besotted; instead we must see them as sexual partners. The ever-present skins remind us of their flesh; the guarding werewolf, watching yet not watching, adds an additional voyeuristic hue. There remains throughout the chase a highly charged sense of pursuers “catching them at it”.

In understanding the sexual power of the poem, we need only look at the emperor and his position in the story. For a dynastic marriage to be successful, his daughter must be virginal; when she escapes with William, the emperor knows that this is no longer the case.

More, because the two are in love and have both consented to each other, the emperor also knows that William and Melior are, to all intents and purposes, married. William is now under sentence of death for treachery against the crown. Sex is serious.

Of course, in the end the “fair unknown” is revealed – as indeed is the parallel “unfair unknown” in the character of the werewolf. Instead of a marriage of un-equals, William is revealed as King of Palermo and the Werewolf is the Prince of Spain. Both marry princesses yet, even here, sex is never far away; when the werewolf becomes Prince Alphonse, he is seen as completely naked by William, Melior and by his own future bride. Sex is manifest.

In William and the Werewolf, we are introduced to a world of mediaeval erotica, an adventure in which love challenges its boundaries to try to find its “lack”. Although it can be argued that the poem on one level is a simple romance adventure, it can also be seen as something completely different: an exploration of sexual desire. An antithesis of what we might perceive as the chivalric code of courtly love.

In this magnificent poem, behind the chivalric panoply of court and ritual, sex is far from hidden and is never far away. It is there in front of our eyes, seen yet unseen. Sex is the apogee of union: that very something which love always searches for - the very thing that is missing, can never be grasped fully and which, in the end, always leaves us wanting more.

Spread the joy of love!

I hope you are enjoying these updates. Please spread the word to other potential pledgers to help bring this fascinating mediaeval romance alive once again for a modern audience. We need many more supporters to help make it happen - but it will be worth it. This story is as exquisite as it is fascinating - with lots to explore underneath its surface! I can't wait to share the finished work with you.