An end to sleaze, duplicity and lies - voices from the past show us the way 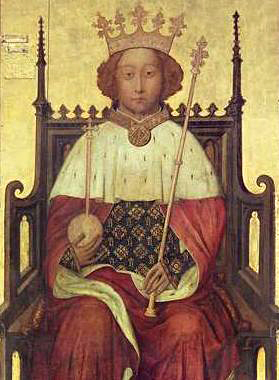 As once again government ministers become embroiled in allegations of sleaze embedded in a suffocating cloud of self-entitlement, mendacity and lack of empathy, it’s all too often easy to forget that we’ve been here before - in the end days of Edward III and the years of Richard II.

In the days before social media and a notionally free press (and indeed the days before what we claim to call democracy today) challenges to politicians, nobles and kings was a tricky business. But seek and ye shall find; in the fourteenth century, the unknown alliterative poets were busy pointing out the pomposity of the privileged: the overweening pride – the "surquedry" – of those who claimed to rule.

While William and the Werewolf might on the surface seem a benign story of two lords reclaiming lost lands, below its surface lies a social message notwithstanding: the rich have a duty to be responsible for those less fortunate than themselves. When William regains his lands at the end, the poet tells us, his land is freed of liars and flatterers and he lets none near him as counsellors:

Flatereres and fals men from him sone he chased;

This, after all, was a fourteenth century poem at a time of Black Death and repeated plagues (pandemics no less) where the vulnerability of the feudal system was laid bare: it relied on those without arrogance, the plowmen of the soil and the sowers of the strips to prop up the state. 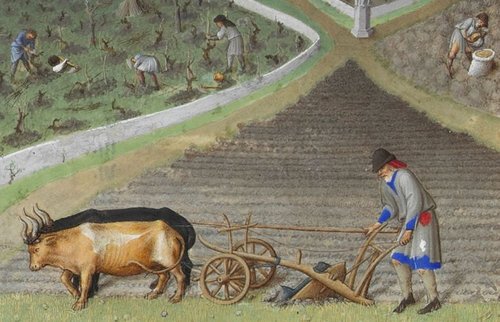 Sir Degrevant, the (partially) alliterative tail-rhyme romance apparently set in the later middle ages when legal formulae were beginning to overturn the established and complacent order of lords such as the Earl in the poem, we read of the hero Degrevant who

Powr men to cloth and fede

Degrevant is honoured for his humility to others; while hardly a lord driven by social conscience he is, notwithstanding, a man aware of poverty whose fame means he is welcomed wherever he goes.

Poems such as Degrevant and William draw from a social context to place their action within a known setting, where audiences could rehearse in their minds the meaning of the words. 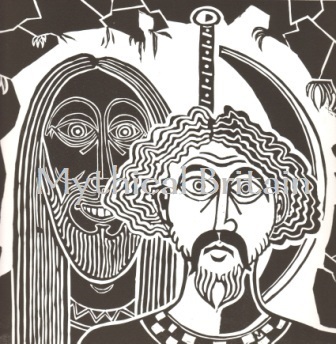 Others, such as Sir Gawain and the Green Knight, go deeper: presenting a code of decency and honour which, if conflicted by temptation, must nonetheless rise above it. Reflecting perhaps on the power of Alice Perrers, Joan of Kent or the licentiousness of the courts of Gascony, the Gawain poet rues the power of women, beginning his tirade of course with Eve's impact on Adam “who was once so beguiled”.

The responsibility of rulers

But if the sexist and misogynist attacks he makes later in the poem stick in the craw of the modern reader, what is equally plain is that men have a responsibility for their own self-discipline when it comes to sexual morality. Knighthood and power is a responsibility; licentiousness is not something to be paraded as acceptable or something which can be ignored.

For nowe alle es witt and wyles that we with delyn

(Now all is guile and trickery which we endure; crafted and misleading words - and each conceals the other).

Little wonder he says at the beginning of the poem that none should ever send his son to London (i.e. to court); such ways of trickery which exist there will in the end bring forth doomsday, he asserts.

Love of a king is easily lost

Yet the ever-present danger was to accept the ruler, to feel sorry for him, as if all such things were out of his hands and the faults of others. The west country scribe of Mum and the Sothsegger, asserts of Richard II that

All myn hoole herte was his while he in helthe regnid 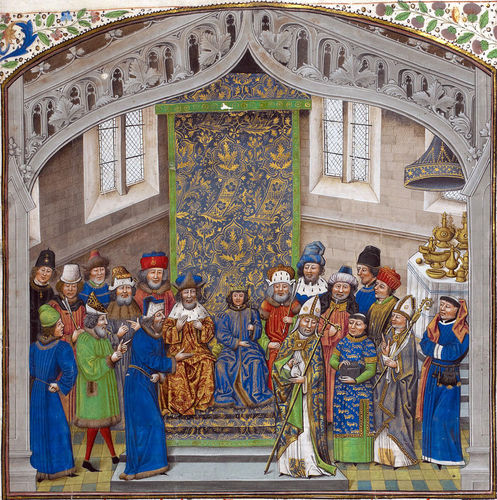 Yet still the poet must pen words of advice to a ruler so that surquedry and arrogance do not distract him from the role granted him by God. For this is a world where courtiers cared only for the idle life and where, in the end, the white badge of Richard was abused by his men; costing him any loyalty due to him. It is the duty of the ruler, he counsels,

To leve al at likynge and lust of the world,

But to laboure on the lawe as lewde men on plowes,

The worst of rulers, it seems, is he who thinks to sit above the law while expecting those so lewd as ploughmen to abide by it. As the Gawain-poet reminds the reader, he who seeks the pleasures of flesh and ribaldry of wordplay over the honour and decency of personal probity will, despite his vanity, be unable to hide it from others:

For none may hyden his harme but unhap ne may hit,

For ther hit onez is tachched, twynne will hit never

Man may hide his sin, but unhappen it he can’t; for once it is attached, it will never untwine.

The alliterative poets lamented the failings of their rulers yet their method could not be overly critical for fear of retribution. Perhaps they were the Twitterati of their day, hiding behind anonymity to prick the bubble of those abusing power. 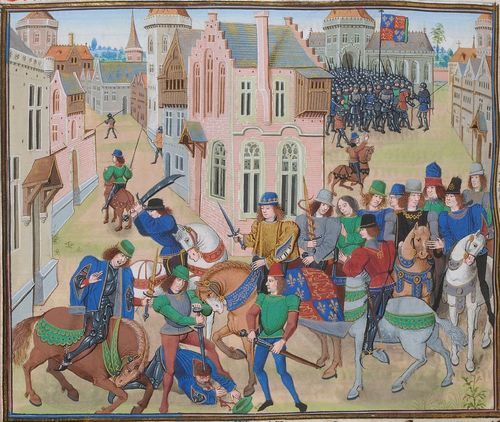 Yet who can forget the words attributed to Richard II that “serfs ye are, and serfs ye shall remain” on the death of Wat Tyler (above)? While such contempt of the common man might once have passed muster, today’s political leaders have no such place to hide.

As the poet the Parlement of the Thre Ages reminds us when the voice of Old Age warns Youth and Middle Age of their folly:

That alle es vayne and vanytes and vanyte es alle.

For in helle es no helpe, I hete yow for sothe.

All is vanity, change your ways, for there is no help in hell for people like you, I tell you truly.

As the poets might say to our political leaders today: if all you seek is vanity and that duty counts for naught, then surely, in the full richness of time, your own private hell awaits.

The poets are watching. And so are we.

PS. Thank you for supporting my work. Much of what I do is undertaken for the love of the subject and hardly as a route to riches. If you enjoy my updates and the books I have written so far, please do spread the message amongst those of your friends who may be interested. William and the Werewolf is 48% funded as I write - so there is still a away to go but if you know of anyone who might also support it (or if you would like to upgrade your pledge), all help would be most gratefully received. The fourteenth century has so many lessons for today; with luck and a fair wind, we might again see some decency in the land - or at least a sense of honour.