What a Difference a Word Makes 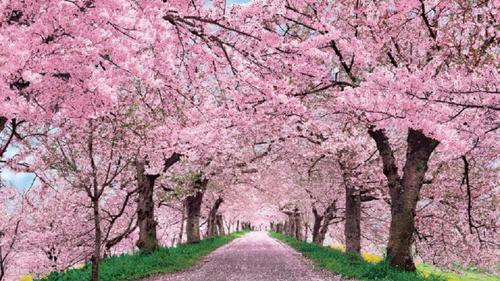 Or two letters, to be more precise.

A couple of weeks ago, struck by a rare moment of inspiration, I composed the following haiku:

I was in the garden, our cherry tree had shed its petals, the words came to me, they scanned without much effort. It was an easy poem to write.

But then I started pondering that word: these. Perhaps the poem would be better as:

I was torn. Both seemed to work, but both had a different feel, a different sentiment somehow, even though there was only a couple of letters vetween the two. I would prefer one, then read the other and change my mind. There was only one thing for it. A Twitter vote!

I put both version on Twitter and asked people to vote for THE or THESE. Opinions started to roll in apace. Early feedback was definitely siding with THE, with 70% of the votes supporting that version. At which point I found myself violently in favour of THESE. Not to be contrary, but it dawned on me why I had chosen that word in the first place. This was a moment I had experienced myself, I was there, the words were composed while experiencing it. THESE puts the reader in that moment with me. THE was more generic; it could be any moment.

I wanted people to be there, so I knew at this point I would side with THESE for the final version, no matter what Twitter decided.

But then a curious thing happened. THESE went on a surge. All of a sudden the votes were flooding in for it and we ended up with 44 votes for THESE and just 23 for THE. Twitter was right after all.

Of course, there is not correct answer here. Both versions 'work'. Both version are equally valid. But only one version felt right to me. And that is the version that will end up in the book.

I am not sure our blossom lasted much longer but at least we managed more than a day.