We Care For You

Would you let a robot care for your elderly mother – and what would the robot want in return? 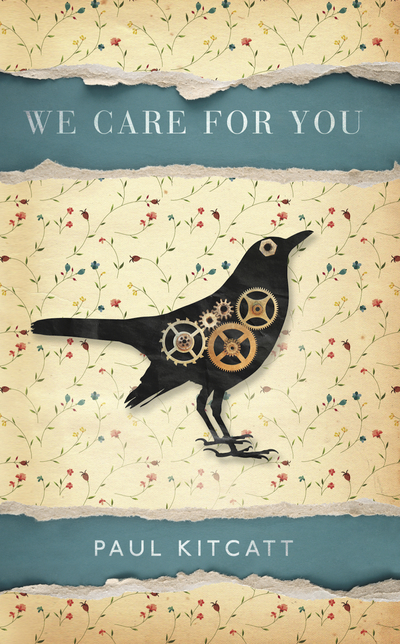 Fiction | Sci-fi & Fantasy
You made We Care For You a reality. It's available in all good book stores now.
$7
17 pledges

Would you let a robot care for your elderly mother?

In a care home in Surrey, the owner introduces his new staff to the relatives of the residents. They’re tireless, committed and will transform the lives of the old people in their care.

‘Where do you find them?’ he’s asked.

‘We don’t find them. We make them,’ he replies.

Winifred is one - a convincing synthetic human. One of the first in the world. Her job is to care for the elderly, and to record her experiences.

She is one of two narrators of the story. The other is Margaret Woodruff, 87 years old, blind and suffering from dementia.

With Winifred’s care, plus the help of a team of nanobots inside her, Margaret returns from the darkness of dementia and back into the world. At the same time, Winifred is developing her self-consciousness and analysing everything she encounters.

Winifred is new to the world, and Margaret has just returned to it. Winifred has access to all knowledge, but no experience. Margaret has all the experience and wisdom gathered from a long life, but it’s unvalued in a world that prizes youth. Margaret’s age and nearness to death give her an understanding of life, but now she finds herself growing fond of a young woman who is not, in fact, alive. Or indeed a young woman.

Winifred’s creators have far greater plans than merely running care homes, and of course the rest of the world wants to know what synthetic humans mean for real ones.

Nobody thinks about what synthetic humans might want. Humans have invited a superior intelligence into our world, and once we’re removed from our self-appointed pedestal, we must give this intelligence what it demands.

Many stories have been told of robots taking over the world. But these robots want more. They want our bodies. They have everything, including consciousness, but they can't truly feel. For that, they need a body made of flesh and blood. The nanobots can repair and rejuvenate human bodies, and make them in effect immortal. All that's required then is for the robots to transfer their minds into renovated human bodies. Of which they have more than they could possibly need.

The novel ends with Winifred’s judgement on humanity, and her creators’ plans move into action.

The technology we create to serve us invades our bodies and our minds.

Stephen Hawking has suggested the coming of AI is ‘likely to be either the best or worst thing ever to happen to humanity.’

It’s possible, he says, that we’ll see ‘machines whose intelligence exceeds ours by more than ours exceeds that of snails’.

At which point, it won’t be humans who decide our fate.

The novel should appeal to readers of Never Let Me Go, by Kazuo Ishiguro, or The Handmaid's Tale, by Margaret Atwood, or Under the Skin, by Michael Faber.