First Chapter Of The Best Water Skier In Luxembourg 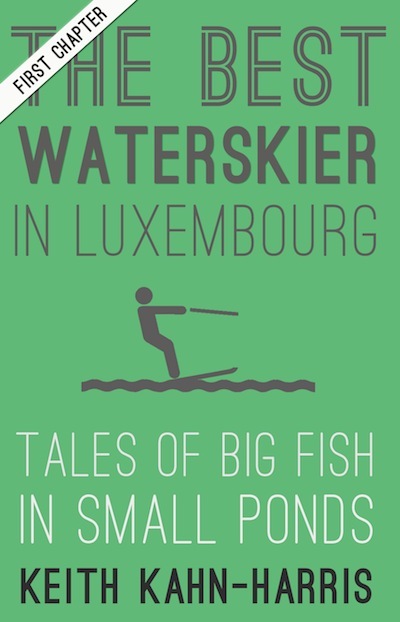 Non fiction
You made First Chapter Of The Best Water Skier In Luxembourg a reality. It's available in all good book stores now.
$4
45 pledges

e-chapter with your name acknowledged as a patron

e-chapter plus a postcard from me from Luxembourg

Postcard & a souvenir - SOLD OUT

E-chapter plus a signed photo of the best water skier in Luxembourg (or if they refuse, the second best, which is cooler anyway)

E-chapter plus a framed copy of your favourite poem (up to 150 words) translated by me into Lëtzebuergesch, the national language of Luxembourg (which I don’t yet speak a word of)

E-chapter, plus an invitation for you and a friend to an exclusive welcome home party, slide show and lecture about my trip, with Luxembourg specialities and wines.

E-chapter plus a truly extraordinary surprise.

You can come too!

Accompany me on my trip and we’ll research everything together.

Help me fund my book about big fish in small ponds one chapter at a time.

What am I planning for chapter one?

The Best Water Skier In Luxembourg - Tales Of Big Fish In Small Ponds will recount my encounters with those who dedicate their lives to the pursuit of excellence in small worlds.

As a first step I am asking for your help to research and write the first chapter, to find the best water skier in Luxembourg.

The internet doesn’t reveal who he/she is, but there are a few water skiing clubs in the country and in 1961 16 year old Sylvie Hülsemann won the world water skiing championship under controversial circumstances. As well as finding today’s best water skier I will attempt to track Sylvie down and hear her story directly.

Once Mission Luxembourg has been funded and completed, my aim is to fund the following expeditions to find:

How you can help

This is not a solitary quest and I will need all the help I can get.

Second – and most importantly - I need to raise £2,000 to cover the research trip, writing and design of Chapter 1 (which will be 8 – 10,000 words long). The list of rewards listed opposite show you exactly what you get for pledging. Everyone who supports a chapter will get a discount on the finished book when all eight chapters are complete.

e-chapter with your name acknowledged as a patron

e-chapter plus a postcard from me from Luxembourg