A novel covering two centuries of folklore and earth magic in a moorland village.

But he was not a person entirely devoid of hubris. He had the complacency of many people who arrive in the British countryside from a country populated by bears, coyotes and mountain lions, and the sun massaged that complacency. He was still a newcomer to the moor and even oldcomers to it knew only a fraction of a fraction of what there was to know about it. One of the many things he didn’t yet know about it was that, in late August, in days of heat after heavy rain, on the stretches where it was still most fully permitted to be itself, it breathed and growled as deeply as it did in the height of the harshest winter. Terrain you’d visited always compacted its scale in your mind afterwards and he had begun to learn that but, even so, the route back to the ruined house was surprisingly arduous. The river told him he was going the right way but it seemed further than before and something had happened in the dripping folds of earth above the banks: an angry awakening, a last wet sucking of life into the lungs before autumn’s dry death. Brown flies clung fiercely to his flesh. Huge tufts of grass shoved him from side to side, arguing over their custody of him. Blue and pink and yellow flowers spilled over the damp ground like ornate vomit. An old octopus of a tree reached down a rough tentacle and anointed his cheek with a bloody scratch. In his shoes, the soles of his feet sloshed about and blistered and began their transformation into a sore kind of paste. Every path became a whisper and then a lie. A stiff gate opened but led directly to a shrub of insanity. The song the old man and his wife had sung was in his head again and he hummed the song and then he barked it at the impassable bracken that stretched all the way up the valley walls and then he croaked it at the sky. An area of oxygen finally widened ahead but the ground beneath it drank his feet then low branches formed a roadblock and he crawled under them then lost most of his left leg in a peaty bubbling hole and had to use all his strength to retrieve it. He could not have been more wet if he was in the river itself up to his neck and the burnt moist state of him attracted more and more tiny winged life and he knew then that one day, once again, this would be the the world. Not a car, not a sandwich, not an ambition, not sense, not a cow, not a horse, not love, not a song, not a girl. Just this sucking and gargling and burping thing beneath him. When the dizziness came, and the pain in the head, just before the light clicked off, it was a relief to submit, to just fall into the mouth of everything and not go on fighting any more. And then night fell smoothly in and not thirteen yards away the river, which was not interested, continued to yell as it rushed over the rocks. 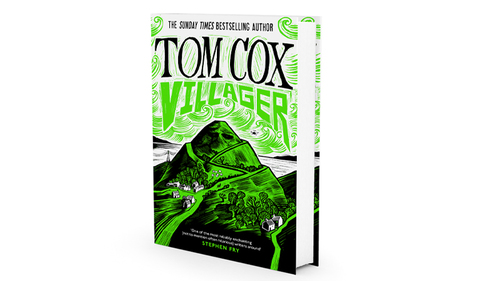