Rumer has it we're doing pretty well this week! Not only does Rumer now have her own Twitter account (check it out here if you dare) but today we hit the not unimpressive figure of 98 backers, which has taken us up to a rather magnificent 40%. Just look at it. That's a gorgeous percentage, no?

That means we're over two thirds of the way to being fully funded! Talk about a nifty way to start a sunny August weekend. Again, thank you so much to everybody who has pledged/shared and supported the Killing Rumer campaign for the past 17 days. Want tips on how to spread the word? Check out this previous update.

It goes without saying that this book is hugely important to me. It's about the ultimate outsider. Somebody who believes something fundamentally tragic about themselves. But who is scraping through anyway, surviving despite the odds. It means a great deal that so many people are giving Rumer their time and helping get her story out there.

So... to celebrate that fabulous 40% (go take a look at it again... ah, beautiful...), I thought I'd offer a little insight into the wonderful women who helped me create Rumer. My idols have always been women (well, apart from Lion-O) and, with Rumer, I wanted to create a character who was unhinged, funny and totally unpredictable. These women helped me do that... 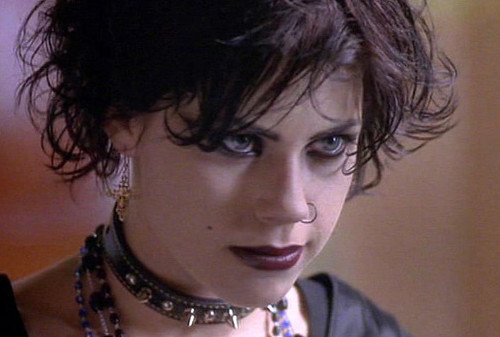 1. Nancy from The Craft
I had a picture of Fairuza Balk (actually, the one above this text), aka Nancy, on my desktop all the way through writing Killing Rumer. It's not so much that Rumer is like Nancy – rather, I wanted Rumer to possess the same dark humour and edge-of-crazy personality as Nancy. They're both outsiders, slightly unhinged and believe in something dangerous. Also, they both have black hair.

2. Stevie Nicks...
...and Crystal Visions, the compilation of her biggest hits. That album both inspired, chilled and nursed me through Killing Rumer – so much so that I, of course, HAD to make Rumer a fan. I've been a little bit obsessed with Stevie ever since I saw a tiny indie film from 1998 called Edge Of Seventeen, and her music is perfect for Rumer; ethereal, weird, haunting. It has it all and then some. 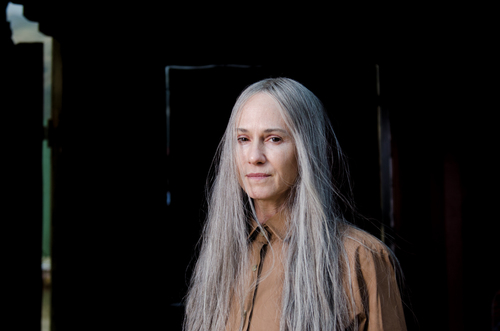 3. Holly Hunter in Top Of The Lake
Shocking revelation – I've only seen the first episode of this (ducks). I know I know. BUT the thing that really made me sit up in that first episode was Holly Hunter and her ghostly silver hair. Without her, I wouldn't have created one of the main characters in Killing Rumer – the image of Holly's wise-but-wary loner stuck with me throughout writing and I couldn't be more grateful.

4. Daphne du Maurier
Nobody writes women like Daphne du Maurier. Strike that, nobody WRITES like Daphne du Maurier, and I'd be an idiot to try to, but she's been a literary hero of mine ever since I devoured Rebecca as a teenager. Killing Rumer is nothing like that book (I mean, what is?), but it certainly inspired me to tackle writing in the first person, something I've never attempted before. If I failed, I blame Daphne.

5. Joan Jett
Alright, maybe not quite as 'kooky cool' as Stevie Nicks, but her song 'Bad Reputation' is anthemic for a reason (and not just because it's the Freaks And Geeks theme tune). Those lyrics and that guitar really helped get me into 'angry teenager' mode for the book's all-important flashbacks. Without them, Rumer wouldn't be half as badass.

1st edition paperback, ebook edition and your name in the list of Super Patrons in the front of the book.
£5
82 pledges