This is the opening of Version Thirteen, more or less as it will be. A work progressed (if that sounds over-confident, sorry), rather than in progress.

If Moscow doesn't scare you, isn't resonant with heaviness of its secrets, that means you've never been out of a night.... 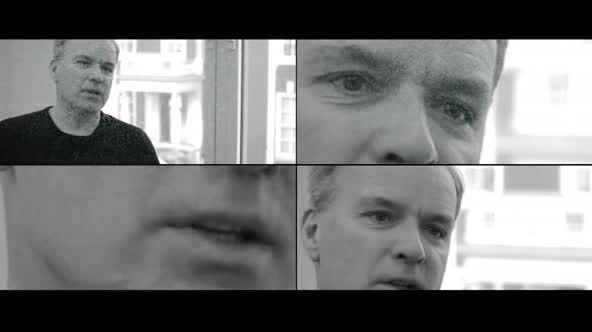 THERE HE WAS, a young man, yet already a creature of habit. Let him flirt with the girls by the side door of the nightclub. What a pretty boy - lithe-limbed, curly black hair, dark, lustrous eyes. How cute and youthful he was. And how infinitely, timelessly old – because soon he was going to die.

He was heading down the street, arms swinging - a relaxed, confident fellow in a black leather blouson and Versace jeans, all perfectly complemented by a swagger and a smile designed for the female eye. He was just yards away from the next hotel lobby bar and another set of admiring glances. But then he fell, tripped by some drunk’s discarded bottle. There were planty of drunks in that part of town, plenty of empty bottles. Syringes, too.

The young man cursed in a strange language – definitely not Russian. He began to pick himself up, slowly. Maybe he was a little drunk.

A gun handle cracked down on the back of the young man’s head. An acute observer might have noticed an older man in a suit dragging the young man down one of the many pitch-black little side alleys off the Kultura Prospekt. Most people would have seen another non-event, another drunk being helped by a business colleague. It happened all the time in clubland.

The older man dragged the youth into a tiny yard. Now he had time and space.

He should have brought water with him. Maybe he’d cracked the bastard’s head too hard. He slapped him hard in the face. Once, twice.

“Wake up, you shit,” he breathed heavily.

“Who are you? What happened?” he slurred.

“Look at me, Shamil. Do you remember Ava? Remember Ava at all, Shamil?”

A hard slap across the side of the face brought a trickle of blood from Shamil’s mouth.

“Sure about that? Don’t remember the nice Western girl? The secret parties? The illegal whisky? The drugs?”

A light of recognition in Shabil’s eyes, then the darkness of fear, pure fear.

The release of the safety catch made enough of a click to be audible over the din of the night traffic. Blood was roaring in the older man’s ears. The rush was deafening, blocking out external sound - the moment of the strike was almost upon him. It had been years since his soldiering days. But the adrenal surge was just the same - made it feel like yesterday.

They were some twenty metres from the street. Three giant wheelie bins containing foul-smelling detritus screened them from the dingy back doors of the nearby clubs and cafes. They were alone, apart from the occasional scuffle of rats and feral, urban wildlife in the furthest shadowy recesses.

Shamil was trying to create distance between himself and the gun. The path to the bins had been frequently trudged; the snow was a churned brown mess of dirt, grease, offal and the nameless excrescences that the paying customers never saw. Shamil was slithering backwards through this filth, and moaning continuously in that strange, guttural language.

“Listen, don’t hurt me.” He’d gathered himself a little. Enough to speak English. Shamil held up a hand, palm out. “My father is very rich, very powerful. He’s a warlord. He can help you in ways you cannot imagine…”

The gun’s aim did not waiver. Shamil groaned, and pissed himself. There was just enough light to see the dark patch flowering out from his groin.

Then he threw back his head and began to scream. That was a mistake.

The first shot went straight through the sternum. The dull, plosive sound of the silenced bullet followed by the surprisingly sharp crack of metal on bone. The second shot went into the stomach with a short, squelchy sound. Shamil groaned in an ecstasy of pain.

But that wasn’t enough for the man with the gun. Shamil would die now, certainly. In a sense, the job was done. But it wasn’t a dum-dum bullet. He hadn’t had the time to procure anything fancy that would flatten on impact and pulverise the internal organs.

He marched up to the sprawled figure and lifted the head back. There was still a tiny scrap of light in the eyes, a vestige of life in there.  He pushed the gun up into the young man’s mouth, making sure the barrel of the weapon was tilted upwards. Then he pulled the trigger.

Damn. There was something on his jacket.  He took out his handkerchief and began to wipe away at it. It was a splat of greasy yellow brain tissue, a heart-shaped stain an inch or so in length, right there, on his lapel. Small, but noticeable.

A dab of the finger, and his mobile offered an orb of lightly electrified grey light.

He snapped the phone off and looked back towards the street. All was as it should be – the surging flotsam and jetsam of Moscow life cruised by in an unstoppable tidal wave of trivial appetites and desires. That was all other people’s lives amounted to. And his own? Maybe not even that. He walked down the alley and merged back into the endless, teeming flow.