Book Evening At The RAC: A Date For The Diary 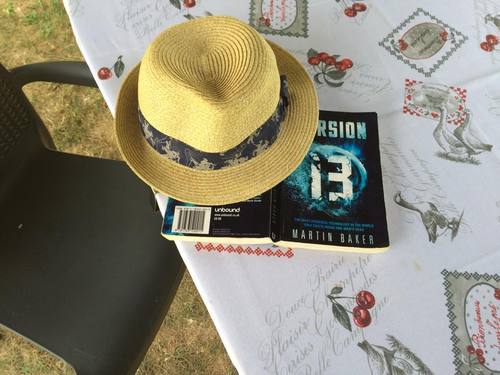 I will talk briefly on the process of writing, editing and the publication of the book, and then take questions from book-club members. My wife, Nicola Horlick, who acted as story consultant on Version Thirteen and its predecessor, Meltdown, will be present, and promises to contribute to the conversation.

Version Thirteen is the sequel to Meltdown, which prefigured the financial crash of 2008. Both books are thrillers, but with a didactic sub-text. Graham Greene might have termed them 'entertainments' - as he did Brighton Rock, until the favourable notices persuaded him that maybe the book was high art. The prejudice against entertainment – the notion that something intrinsically pleasurable cannot be of the highest quality – prevailed back in Greene’s day, as it does now. But that’s another story.

The didactic element is the attempt to convey the slightly mad, sometimes downright scary, truth of modern, liberal-market capitalism. The central thesis is that, yes it's madness, but as Churchill more or less said of democracy, it's the worst system possible - with the exception of everything else that's been tried.

Version Thirteen is set against the backdrop of geo-political and industrial conflict. It also attempts to decode and explain a little of Russian politics and culture. As such, the book and the event may be of interest to Russianists.

Version Thirteen, available via the Unbound – Penguin Random House joint venture, has been picked up by Penguin Ramdom House in Canada, where its has been published since May.

The physical book is widely available, and can be ordered via Waterstones here, with e-books available on the Unbound site