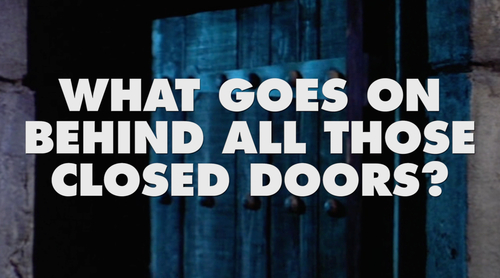 Casey’s childhood bedroom. The same dimensions, wallpaper, curtains, a false window onto a neighborhood that no longer exists. Every object, all the furniture taken from the original room and transplanted here. The mood is undisturbed crime scene. And yet when Casey visits, he acts as though he were returning from playing out on the street, or spending Saturday afternoon at a friend’s house. He takes up a comic book and flops down on the bed. The bedclothes have a repeating pattern of grizzly bears with friendly, cartoon eyes. Casey slept under this duvet when he was a boy, and more besides. When he’s bored with the book, he gets down from the bed on his knees and reaches underneath for the shallow wooden box hidden there towards the wall. He lifts off the lid. An unsmoked cigarette. A matchbox. Flick knife. Catapult. Playboy. Hand mirror. Potato gun. The matchbox contains nothing but a woodlouse. A reminder.

The woodlouse is alive at the moment. It is not the first to live inside this box. The woodlouse does not have a name because it is not a pet as such. The woodlouse is a reminder of something Casey did when he was six years old, he might even have been five, he can’t remember now. What he does remember is finding a great many woodlice under a rock at the bottom of the drive of his childhood home in the suburbs of the city. He never told his wife this story. The rock was heavy, its underbelly caked with damp soil. He rolled the rock on its side and found the teeming creatures, not only woodlice but the woodlice were the easiest to catch, and they didn’t hurt him when he did, picking them up between his thumb and forefinger and watching as they moved their tiny, tiny legs, trying to gain traction in the thin air. Yikes. Casey remembers thinking what would happen if— Casey remembers thinking: how come these little creatures can live right under this big rock and not get squished like bugs? No space between. How come they can move around under this big rock when there’s no space. Well, Casey thinks, if they can live under this big rock then they can do the same under a red brick. Right? He remembers taking a wiggling woodlouse between his thumb and forefinger and walking around the dark side of the house to the back yard. No adults around just now. He remembers sitting cross-legged on the warm paving stones and getting hold of a red brick and placing it flat-end first on the scurrying woodlouse. A little red tower. The little red tower.

Now what he can’t remember. It doesn’t matter how hard he tries. What he can’t recall is whether he truly expected the woodlouse to be alive when he lifted the brick away again a few seconds later. Or whether it was always his intention to squash the little creature flat, find it surrounded by a tiny coin of gore. Unmoving. In his more reflective moods, when Casey comes into Room 44 and doesn’t read the comic book, lies down on the bed and closes his eyes, he will always draw the same conclusion: that moment, when one hard surface met the other, and the living creature between was no longer living, its continuum brought to an abrupt close. That moment was intentional, satisfying as a well-placed comma in a sentence about nothing.