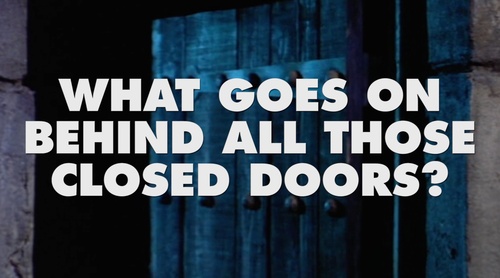 The money room. A place Casey comes to experience his wealth in the form of a kind of permanent, interactive conceptual art installation. A gigantic animatronic dragon guards a cavern filled with actual gold and treasure. Gold bullion, diamonds, rubies, sapphires, various precious artefacts, large chests brimming over with shiny coins. It’s the real deal, the dragon so convincing Casey has to hold his breath on entering.

A sleeping dragon. It dominates the space, its long, finned tail encircling much of the sparkling riches. There is a routine, a primitive A.I. at work under the hood, the thousands of iridescent scales that make up its fantastic hide. There are certain things Casey can do to trigger the robotics. If he makes a sound, even the smallest sound, the dragon will awake, raise its monstrous head and look from side to side, scanning the room for intruders. Its emerald green eyes are ultra-sensitive light sensors that can detect even the slightest movement. If the dragon senses there is someone there it will fairly quickly rearrange itself into a terrifying upright position – hydraulic wings spread as wide as the room ­– and give a ground-shaking roar that in reality is the pitched-down, heavily amplified roar of a Bengal tiger crossed with the bellow of a wounded African forest elephant.

Casey has only triggered the sequence once, and once was enough, so harrowing was the spectacle. Since then he has taken the greatest care not to wake the dragon, entering the room in soft-soled shoes, his movements almost balletic in his efforts to remain undetected. He is genuinely scared, a fear woven tightly together with his greed, a desire to have something in his hands, take something in his hands, just one of those brilliant diamonds between his index finger and thumb, to hold it up against the light and let it sparkle, sparkle just for him.

One day recently. The night before Missy ran away as a matter of fact. He did it. He entered the dragon’s lair. A sleeping dragon. A cave filled to its borders with gold and treasure, his treasure. He moved into the room like a panther cat, almost on all fours, eyes always trained on the dragon, those heavy eyelids like theater drapes, the dim light reflecting off its iridescent scales. Quiet yet confident, he made his way into the room and straight for a stray diamond, a brilliant diamond that seemed to have rolled a short way from the shoreline of shining gold coins. One last glance up at the sleeping dragon and – he closed his hand on the stone, felt its brilliant edges digging into the soft tissue of his palm. There, he had it. And the dragon still asleep. All he had to do now was retrace his steps. Get out of here. He could feel his heart beating hard in his chest. He got it.

He’d been planning this for some time, gathering the courage. He wanted this diamond for a ring. A ring for Synthea as reward for sticking to the programme, for continuing to take the medication as he’d asked. For months now she had done as she was told, seemed to understand that this was the only way. The pills a necessary evil. And this diamond in his hand was the reward. He would have it set into a gold band for her ring finger, replace the one she said she lost in the swimming pool.

This diamond in his hand, and all he has to do is retrace his steps. So that’s exactly what he does. He moves slowly back across the space, stealthy as a panther cat, brilliant diamond gripped tightly in one hand, his other finding the handle to the white door. And the dragon sleeps, a dreamless sleep.