How I write novels #2: Empty Buildings

I find empty buildings in the real world and occupy them with fictional characters. So for example there's a skyscraper in Philadelphia, it looks like this: 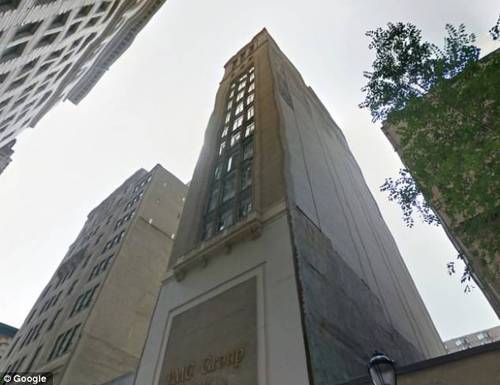 It was bought by the Church of Scientology back in 2007 with the intention of converting it into some kind of cathedral, but it's actually remained empty since. An empty skyscraper! It's things like this that really get me going. Something about large, unoccupied spaces. Rooms. Corridors. Abandoned equipment. Wires coming out of the walls.

I take that space and turn it into a mind space. I make a mental copy of the building. A fictional facsimile. I open the doors, rewire the electrics, right chairs, replace books on shelves and dust off surfaces. And then I allow people back in. An empty skyscaper! All those rooms! So many stories. So much potential.

I was watching a Netflix documentary called The Queen of Versailles about a time-share millionaire who at the height of his success started constructing what was to be the biggest private residence in the United States. A 100-room mega-mansion for his family. Then when the market crashed in 2008, work stopped on the house and it remained a half-built shell for some time, staircases leading nowhere and all the rest of it. I believe now work has resumed on the mansion but when I saw this film all I wanted to do was take that building, turn it into a mind space in the way I've described, and move a fabulously wealthy, fictional family into its rooms, see what happens.

So that's what I did. It's like what I was talking about with the photographs in my last blog post. The need to have my fiction start with some kind of truth. The idea of this half-built mansion, its foundations plunged deep into the shifting marshes of Florida. The fact of its existence was enough for me. There was enough of the building already constructed for me to feel I could complete the job with my imagination, move in the cast of characters that would then help me tell my story. A 100-room mega-mansion. Somewhere in America.

Somewhere in America, a giant monitor lizard is making its way through Versailles...