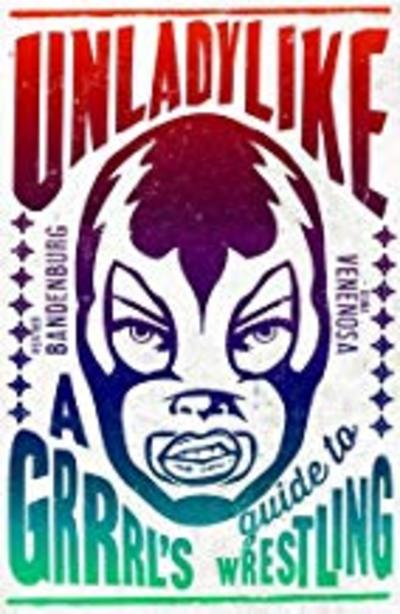 Feminism | Biography
You made Unladylike: A Grrl's Guide to Wrestling a reality. It's available in all good book stores now.
$8
67 pledges

1st edition paperback, ebook edition, a zine of your choice and your name in the list of Super Patrons in the front of the book 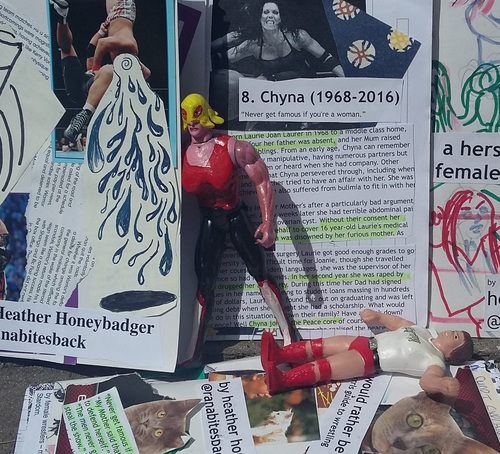 Completely breaking the mould by doing something never done before

The author will invent a wrestling persona for you and send you some original work plus the 1st edition paperback, ebook edition and your name in the list of Super Patrons in the front of the book 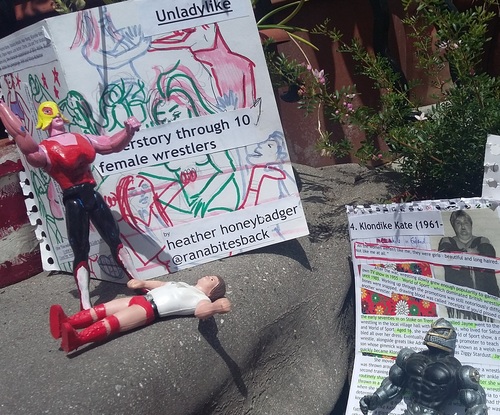 Widely considered to be one of the greatest wrestlers that has ever existed. Set up her own school in Japan for wrestling proteges – like a violent St Trinians

A mug, a wrestling persona and artwork, and zine plus the 1st edition paperback, ebook edition and your name in the list of Super Patrons in the front of the book 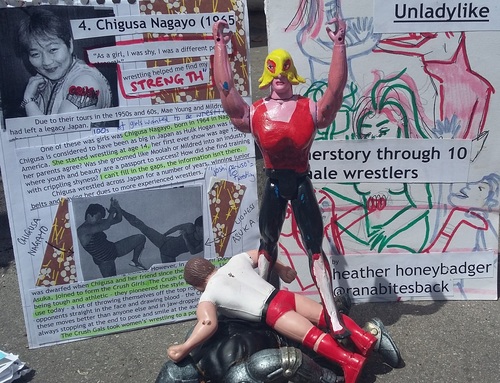 The greatest wrestler of all time, the boss level you get to when you complete all the other boss levels. In the 30s fought alligators and bears because no man would fight her – had her last match age 82 – once gave birth to a hand as part of a storyline

A handmade mask, a dedication in the book, the wrestling persona and artwork and a zine plus all the paperback goodies. 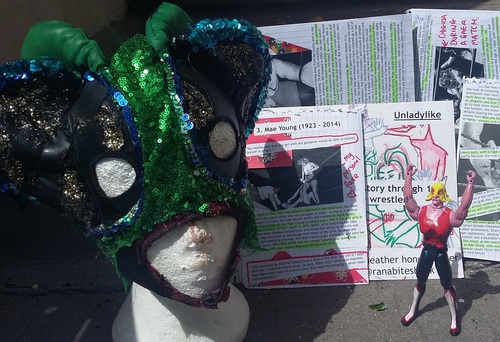 Most wrestling books are about the stars of the industry – this one isn't. Unladylike offers an honest and comedic insight in to the world of independent wrestling from the perspective of one angry, overweight woman following a dream she didn’t know she had. Unladylike is structured around the last five years of my wrestling journey, using it as a backdrop to explore both the hidden and overblown world of wrestling. It also talks about women's bodies; cabaret in Underground post-recession London; forming unlikely friendships; generational ennui; pushing boundaries and personal politics. It is written for both an existing and new wrestling audience in a way that hasn't been attempted before – sitting squarely within the narrative non-fiction genre with influences of both sport writing and feminist thought.

The key aims of the book:

What Unladylike is about:

Challenges stereotypes of women in wrestling using an unlikely protagonist

Over the last few years, wrestling for the first time is branching out in to a feminist, queer audience through challenging the male dominated industry by subverting its status quo. Since 2011 I have been on the front-line of this shift to putting women more centrally in a male-dominated industry during my own career in wrestling for a number of small, weird wrestling promotions in London. My story offers a unique insight in to how to train to be a wrestler; how to create a character; the highs and lows of life in the ring. This book is not written by a fan, or a super star, this book is written by someone who couldn't do a press up until they were 25 and has never encountered spray tan.

Offers an insight into the Underground world of indie wrestling

Wrestling has always been a popular culture phenomenon, but as an industry it is more diverse and complicated than most people realise. Though wrestling’s mass appeal is still silly storylines and overblown characters – what makes the sport so interesting is the huge commitment and creativity of the 'non-famous' wrestlers. The overwhelming majority of books about wrestling have been produced by one company, the WWE – and are rarely aimed outside of the fan base of the corporation. Seeing this as a gap in the market, Unladylike is written in a way that is accessible to those who know nothing of the independent wrestling scene. Rather than focus on the belts that are passed between TV stars, the book explores the internal struggles wrestlers face while living double lives; aiming to make those who wrestle look more human and more impressive for their resilience.

Celebrates the relationship between feminism, wrestling and personal growth

Wrestling as a whole has a complicated legacy of stereotyping and sexism that has not been explored at length. Rather than dwell entirely on the problematic elements of wrestling, Unladylike puts these alongside the triumphs, injuries, adventures and sisterhood that make women love performing. l explore the relationships women form with wrestling and the hard femme heroes that most writing leave behind. Whether it's in relation to their bodies, their mental health, their confidence – wrestling is linked with personal growth. Even if it is a sense of balance achieved by beating people up in a lycra outfit.

Unladylike is funny, personal, punk, and one of a kind. Much like the people that are talked about in its pages.