A memoir about the pitfalls of dating in your thirties

Well, someone's got to turn up first. Get an early-bird discount on the limited-edition, hardback version of the book with (optional) your name in the back of the book among the list of patrons 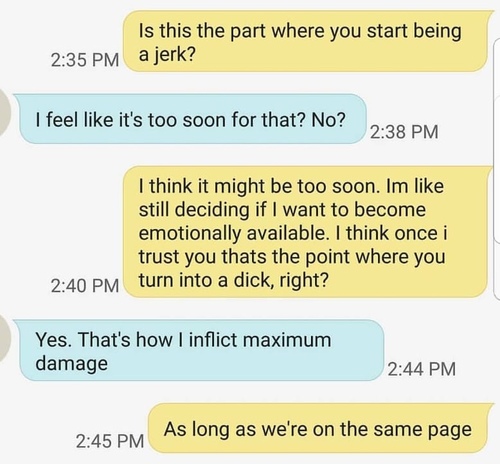 Get the limited-edition, hardback version of the book with (optional) your name in the back of the book among the list of patrons 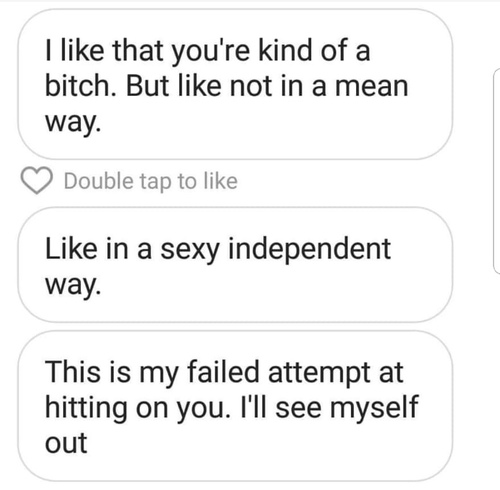 Get two copies of the book -- one for you, one for a friend 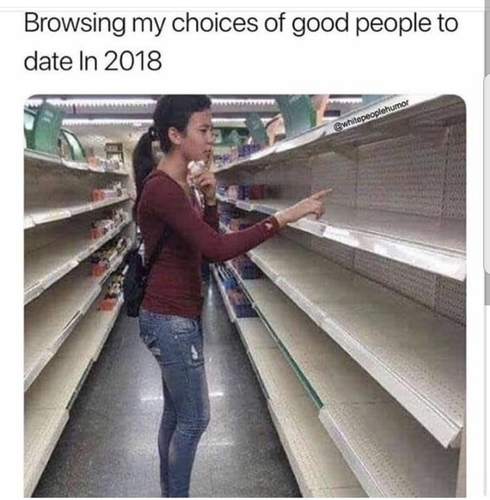 A sarcastic yet helpful critique of your dating profile plus you'll also receive a hardback, limited-edition version of the book 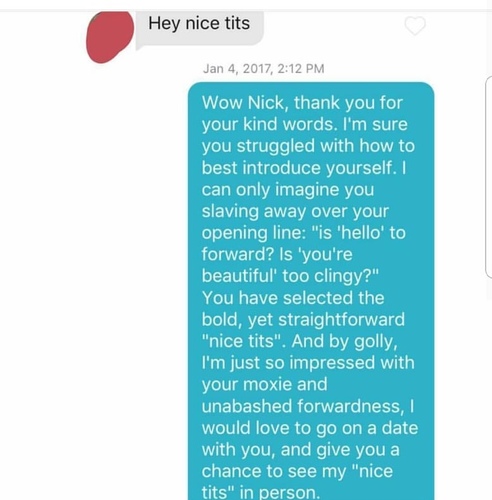 Struggling? Get a 30-minute Skype session with Katie, who will offer you her dating advice and a shoulder to cry on. Plus you'll receive a limited-edition, hardback version of the book 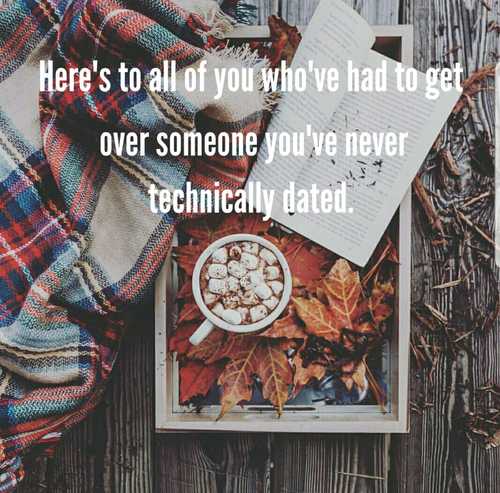 Help a girl out

Want to help me make this book happen? Become a super patron and I will dedicate the book to you, plus you'll receive your limited-edition, hardback version of the book
Choose this reward

Anyone who has had the misfortune of dating in your 30s knows that it's about as enjoyable as being disemboweled without anesthesia. Over the past couple of years, I've recorded some of my experiences on my anonymous Instagram account TinderInYour30s and it seems to have hit a nerve with the other single over-30 somethings out there. Now I’m turning my experiences into a book.

Unfuckwithable takes a deeper dive into my dating disasters, life in general and how you can survive the madness. This book is basically your dating support network in printed form and it will answer such fundamental questions as

IS THIS REALLY THE BEST WAY TO MEET ANOTHER HUMAN BEING?

I mean, probably not.

But let me be clear about one thing: when it comes to the shit show that is being single and dating later on in life, you are not alone. Whether you are 35 and have always been single or 27 and divorced three times, we all understand what it’s like to be out there. It’s crap. But we’re all in this together.

Dating as a mature, established adult is the hardest thing I’ve ever done and a lot of the time, it feels like you’re searching for the impossible. I am perpetually trying to remind myself that we’re all just humans out here, doing our best to find a partner…but so far I’ve met a lot more halves than wholes and far more assholes than decent people. Why are we convinced that someone else is going to “complete us”? Why are we so reliant on another human being coming into our life to fix us and fulfil all our desires?

AND WHY DO I KEEP MEETING ALL THESE WEIRDOS?

Luckily for you, dating assholes has sort of become my area of expertise.

It’s difficult for me, as a successful businesswoman and mother, to admit that I should probably have earned a Ph.D. in failed relationships. I’m successful in other areas of life. Pickleball? Never heard of it until I was 36 and I’m good at it. Who knew. Trivia? I slay.

Yet when it comes to romantic relationships, I have a 100 percent failure rate. Where else in life would you fail 100 percent of the time and still decide to carry on in hopes of a different outcome? It’s like walking up to a soda machine, pushing the Sprite button and wondering, what’s going to come out? Sprite is going to come out, you say. No shit. But I still hold out that one day, I’ll get orange soda. And that orange soda is the tiny drip of hope that I hold onto for a successful romantic relationship in the future.

SO A BIT ABOUT ME

When I became single again in early 2013, I thought -- as many people do when they get out of unstable, long-term relationships -- “I’ve just gotta get back on the horse”. And by horse I meant, of course, penis.

Online dating was a new phenomenon at that time, with the invention of Tinder and the right swipe, which launched in late 2012. I was what you might call an “early adopter”. From 2013 to 2015 I met a lot of guys. I’d meet anyone with whom there was a vague chance of a connection, which meant I went on a hell of a lot of dates with weirdos.

But these experiences, while terrible, were also often hilarious. They were my social currency: I looked forward to going out to happy hour with my girlfriends to give them the latest instalment and they enjoyed laughing at my misfortune and crazy sexcapades.

...While out at a happy hour I received a message from a guy named Lance. I could not believe my luck. I looked through his photographs: on a scale of one to 10, he was a 12. Shirtless, shiny gym selfies filled his profile... I should have known better.  I opened his message to me and discover his witty opening line was...

Unsurprisingly, Lance and I did not end up happily ever after. But what he did for me was so much greater than that. He was the final straw that broke this camel’s back -- that was how TinderInYour30s was born.

Inspired by the sheer volume of shitty responses I received to my dating profile that year, I set up an Instagram account to record and meditate on the harrowing experience of dating in your 30s. In the space of a few months, I had received countless graphic messages and the most ridiculous pictures of penises you could imagine. What to do with them? Publish them online of course.

It didn’t take long for my account to receive a lot of attention. I began seeking out other women online as a support system to help me navigate the chaos that is dating in your 30s in the 21st century and I found that I was not alone.

TinderInYour30s was originally a place for me to vent about my dating life but now the account has become a community -- or perhaps a refuge -- for women like me. I have met so many amazing and strong people through this account. We laugh together, look out for one another and understand that no one is perfect. This place is very near and dear to my heart and so are all the women who share their stories.  And I really feel like I’ve learned some valuable lessons along the way.

For all of these years, I’ve shared fragments of my life online, anonymously. Now I want to share a little more of my life and experiences with you.

Unfuckwithable is partly a memoir and partly a self-help guide to help you become the badass you know you can be, who won’t take shit from anyone -- and a badass who can be kind to herself, too. How to become, essentially, unfuckwithable.

When I began writing this book, I decided that there was no point in telling lame stories. There was no point in writing the book at all if I wasn’t willing to truly bleed for it and to bare all. No one wants to read another story about some random idiot sending a picture of his junk, right? It’s been done time and time again.  You’d want to hear how I became who I am and how you can deal with the madness of remaining single long into adulthood in a world that believes you’re only whole if you have a significant other. So that’s what you’re going to get.

Unfuckwithable is funny, it’s raw and it might even make you cry. But more than that, I hope you will enjoy getting to know me a little more, answer some hard questions about love and life and become a stronger, more unfuckwithable version of the amazing person you already are.

HELP ME MAKE THIS BOOK HAPPEN

I'm working with Unbound, a crowdfunding publisher, to make my book. In order to bring this book into the world, I need to hit 100 per cent of my crowdfunding target. What I need from you is your support: if you like the sound of my book, pledge for a copy (or for one of the other pledge levels). If enough people pledge, the book will get made. Every pledge matters and everyone who supports Unfuckwithable will get their name printed in a list of thanks at the back of the book. Those who wish to pledge anonymously may do so!

Well, someone's got to turn up first. Get an early-bird discount on the limited-edition, hardback version of the book with (optional) your name in the back of the book among the list of patrons

Get the limited-edition, hardback version of the book with (optional) your name in the back of the book among the list of patrons