A roll call of deaths from Twitter's Medieval Death Bot. 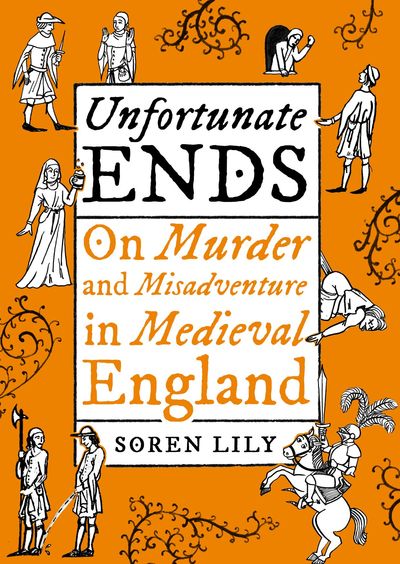 History | Humour
It’s happening. Unfortunate Ends is at the printers and will be shipping to supporters as soon as the ink is dry.
$15
91 pledges 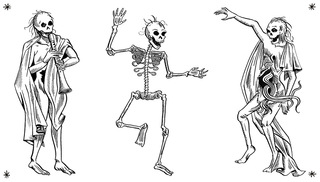 First edition hardback, ebook edition, and an expanded and illustrated death of your own choosing from the Medieval Death bot twitter.

First edition hardback, ebook edition, and a set of three A5 prints detailing the death of Margery Golde, who died from being "drunk beyond measure".

Presented by the author of Twitter's Medieval Death Bot comes Unfortunate Ends, an illuminating collection of in-depth looks at the most interesting cases from Medieval coroners’ rolls. 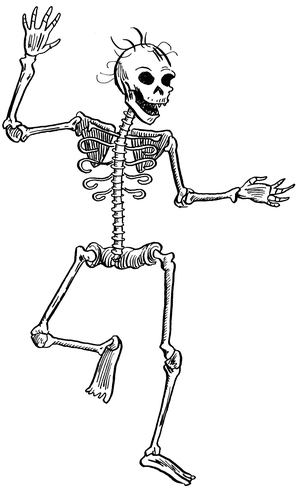 Thomas, son of Henry Robekyn, died 1286 after cutting off his left foot

and then his left hand in a frenzy

From the bizarre to the mundane, each death tells a tale from a dangerous time to be alive, and even to die. Coroners’ rolls list every inquest held for a death by misadventure – or accident – as well as grisly murders, some witnessed by others, some only coming to light when the hidden body was found. For deaths like these, everyone surrounding the death could become suspect. As a result, a complex system of juries arose to sort out just who was responsible. Was it a murder? Or was the cause of death simply an overturned pot of porridge, the family pig, or a step, slipped on while drunk. Whatever it was – it would pay the price.

in the belly with a knife worth one penny

A handful of these deaths rise to the top, their tales too bizarre, ridiculous or heartbreaking to not be spun again for the modern ear. Through death, Unfortunate Ends gives us a rare, first-hand look into everyday life for common people of the English Middle Ages.

Thomas Lynet, died 1321 after stirring up conflict between two clerks

and was thus shot with an arrow

And lurking amidst these common people is a recurring chorus of especially murderous clerks. Their bloodlust, while appearing insatiable, is the result of a particularly medieval naming convention – all those who were employed in a profession because they could read and write were referred to as clerks, which included not only scholars… but students as well. With the Death Bot featuring a coroners’ roll from Oxford, the cup of clerk murders overflows, and Unfortunate Ends highlights the best of the best. Brawls, street fights, wrestling gone wrong – it’s all in there. Students, drunk and armed with swords, are not to be trusted…

Agnes Bogwulle, died 1343, lying in bed near a weak wall of clay,

Presented in a slim hardback volume, with a number of decorated pages, Unfortunate Ends is the perfect pocket companion to the vast array of medieval deaths that befell the brave, the brainless and the just plain unlucky.