Thinking about pre-ordering the final Underdogs book? If so, now's a great time.

Hi everyone- with Underdogs: Uprising now on 48% and Christmas/January out of the way, I'm looking forward to the campaign steaming ahead so we can get the series finished. (For those who don't want to bother with the rest of the email, here's the link to its pre-order page.)

Once it hits 50%, I'll be sharing an exclusive short story (as in, only visible to Uprising backers) as a thank you to those who have supported the final novel - it's called "Kate Arrowsmith Goes To A Party", and as with the other short stories it takes place before the war. Kate fans out there (and those who want to see James Arrowsmith!) are likely to really enjoy it.

Oh, and tomorrow (3rd February) is the official worldwide release of book 3, Underdogs: Acceleration! I'm happy that those who have received it early via Unbound pre-ordering have reacted precisely as I hoped and expected, and I look forward to seeing what the wider world thinks too.

Thanks again for your support of the series, everyone. Having a readership who are directly responsible for my books coming to life is something quite magical, and as always I'm hugely appreciative of you all.

This is the grand finale. Let's do this. 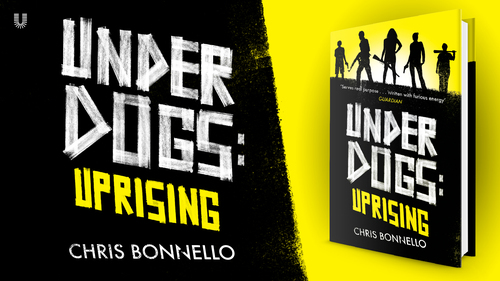