I’ll jump right into the news: UNDERDOGS: UPRISING – THE LAST BOOK IN THE SERIES – IS AVAILABLE TO PRE-ORDER FROM THIS LINK HERE.

Its crowdfunding journey started on Monday and at time of writing it’s hit 23% of its target. (In case that doesn’t impress you, bear in mind that the new target is more than TRIPLE the target for book one, and the same amount of money would have been almost 75% of the target for the original Underdogs!) If any of the 72 people who have pre-ordered so far are reading this, thank you for giving it such a strong start.

Reward options are almost identical to those from Acceleration: T-shirts, mugs, pin badges, signed copies, digital copies, the complete Underdogs series together… and of course, the option for a doomed character to be named after you.

Here’s the link once more. Thanks again to all of you for helping this series become what it’s becoming. We’re now one successful campaign away from a completed dystopia series with neurodiverse heroes! 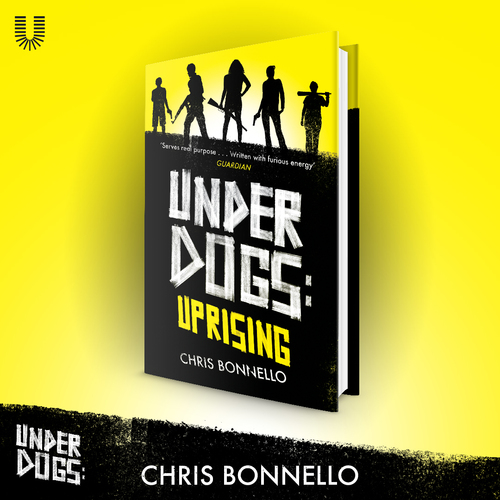