The popular and groundbreaking Underdogs series reaches its grand finale in an apocalyptic showdown.

A first edition paperback with a bookplate signed by Chris.

All four Underdogs titles, each with bookplates signed by Chris. 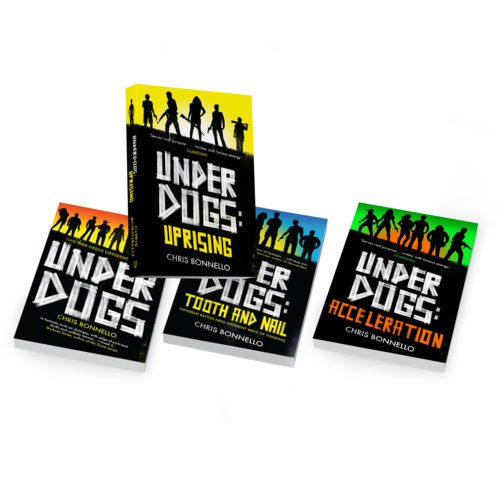 A first edition paperback, with a bookplate signed by Chris plus a full set of Underdogs merchandise exclusive to Unbound.
LIMITED TO 20. 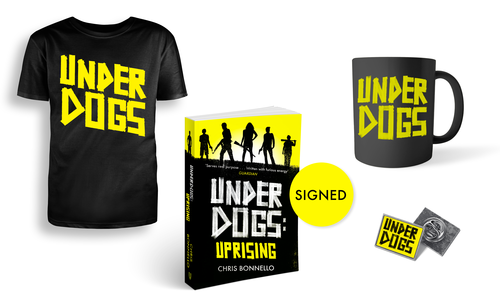 The digital edition, available in all three e-book formats. 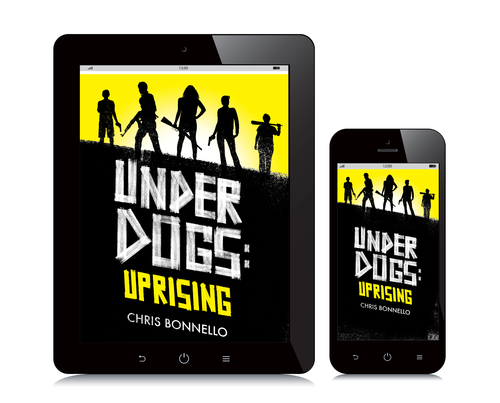 A first edition paperback with a specially designed bookmark, available exclusively from Unbound.

Two copies of the first edition paperback with bookplates signed by Chris for you to share the reading experience with a friend.

An exclusive Underdogs enamel pin badge, available only via Unbound. 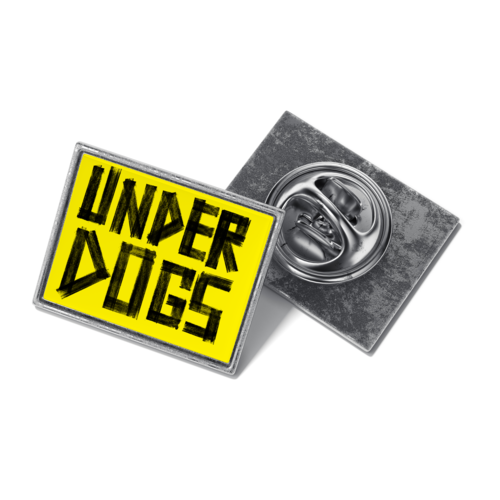 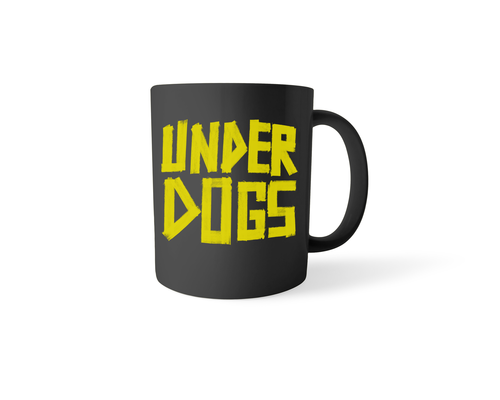 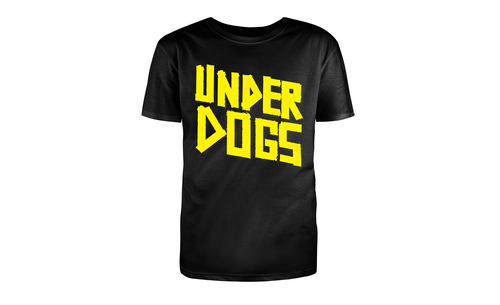 Five paperback first editions with a bookplates signed by Chris for you to share with your book club or whoever you like.

Our Patron level includes a special thank you printed in the FRONT of the book with your name and/or the name of your organisation. Plus you'll recieve five first edition paperbacks, with bookplates signed by Chris AND the full Underdogs merchandise bundle.
LIMITED TO 5.

Get Yourself Killed - Lower Tier

Chris will name a character after you, or someone you nominate. Your character will appear in Underdogs: Uprising and die soon after. (Warning: it will not be dignified!)
LIMITED TO 7.

Get Yourself Killed - Higher Tier

Chris will name a character after you, or someone you nominate. Your character will appear in Underdogs: Uprising, across several chapters before being killed off, and have characteristics based around you. 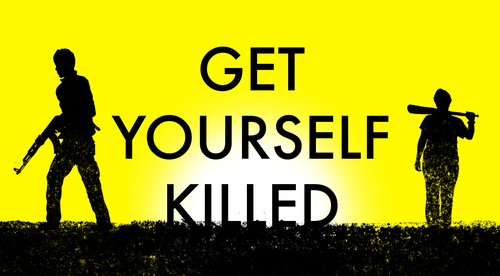 The Underdogs series, hailed as “hugely popular” by The Guardian and much-loved within the neurodiversity community and beyond, reaches its final novel.

Thirteen months of war have taken a devastating toll on the Underdogs, and the outlook for the wider world looks bleak. Their fight is no longer about freeing the British population, but rather guaranteeing the survival of humanity, and the Underdogs as always do not have the numbers on their side.

But, thanks to their relentless efforts and painful sacrifices, Nicholas Grant is now in a position where he could be defeated. The weakened survivors of the Underdogs have a chance to capitalise on their achievements throughout the war but, struggling and bereaved, there are many internal challenges for them to overcome before they even reach New London, and begin their all-or-nothing ascent to Floor A.

Underdogs: Uprising brings the Great British Rebellion to a close. All the long-standing issues throughout the series are set to be resolved: not least the relationship between Shannon and her father, the vendetta between Ewan West and Oliver Roth, and the fate of James Arrowsmith. The characters’ journeys reach their conclusion against the backdrop of an apocalyptic showdown, with the fate of the human population at stake.

As always, the series remains suitable for both younger readers and adults, regardless of their understanding of special needs or neurodiversity.

This is the page for Book Four in the Underdogs series. There are options to buy the whole series together on this page, but for those who want them alone, ordering links can be found at https://chrisbonnello.com/ordering.

For those who have read the series so far, we hope you enjoy reading its explosive conclusion.

Admirably unusual, and serves real purpose. Bonnello writes with furious energy, and is writing the books that teenagers might relate to.
The Guardian

A fantastic twist on dystopia, with edge-of-your-seat thrills and unlikely heroes... I loved it.
Michael Grant, author of the Gone series

A singular achievement -- a taut, thrilling, fully-rendered vision of dystopia. Bonnello's pacing and action will keep you on the edge of your seat.
Steve Silberman, author of Neurotribes

A filmic, page-turning, edge-of-the-seat dystopian masterpiece. Bonnello’s insights into his neurodivergent cast are especially acute.
Patience Agbabi, author of the Leap Cycle series, Fellow of the Royal Society of Literature

A first edition paperback with a bookplate signed by Chris.

All four Underdogs titles, each with bookplates signed by Chris.