So Underdogs: Acceleration is moving ahead, and the structural edit phase is about to begin. By mid-April that'll be done and it'll be time for copyediting. But the most relevant point for all of you being this:

Those who pre-order the book will receive it about six months before the rest of the world. (So thanks a lot to all of you who brought it to life- this in itself is a pretty amazing reward!)

Keeping it to a two-sentence explanation: basically the book will be ready for autumn, but releasing it just before Christmas is a death sentence for sales (because regular novels get shoved aside by the celebrity big-sellers). So it’ll be released to the public in February 2022, but pre-orderers will get it once it’s ready in the autumn. 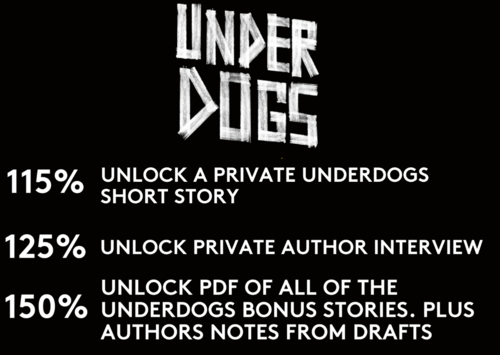 You may be wondering why I'm bothering to share this information with a 281-strong group of people who have already pre-ordered, bringing it to 108% so far.

So at time of writing, we’re only 7% away from me writing you another short story. We’ve done...

...and another one will be waiting once Underdogs: Acceleration hits 115%. (There’ll also be a vote on Underdogs’ Facebook page about who stars in it… Kate? Simon? Even Charlie?)

For those reading this in an email, the Unbound link to the project page is here. Huge thanks to everyone who’s brought the Underdogs series to where it is so far, and I look forward to bringing you further news! 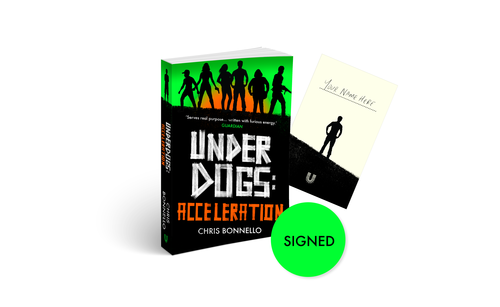 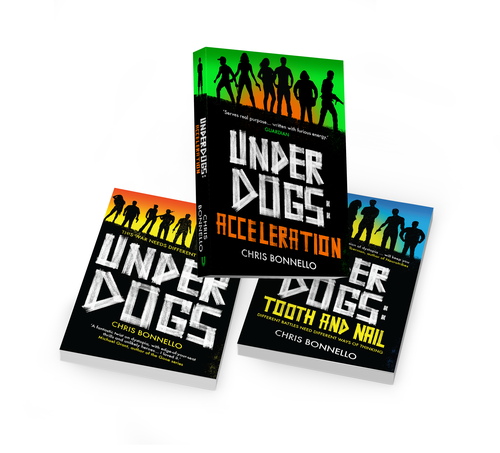