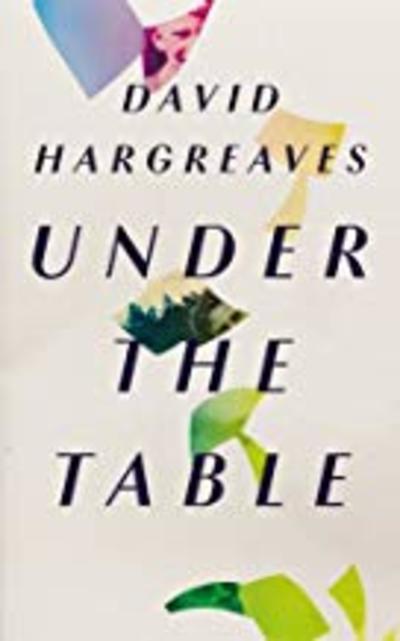 Fiction | LGBTQ+
You made Under The Table a reality. It's available in all good book stores now.
$8
6 pledges

Your name listed on a special Patron page in the front of the book, plus signed 1st edition hardback book, ebook edition and your name in the back of the book
$225  + shipping
10 pledges

David will come and give a talk a talk to your family, book club or history group about a historical topic of your choosing, plus signed 1st edition hardback book, ebook edition and your name in the back of the book
$375  + shipping
14 pledges

Name one of the characters in the book after yourself, a loved one, or an enemy, plus signed 1st edition hardback book, ebook edition and your name in the back of the book
$900  + shipping
2 pledges

Historical Extrapolation of Your Company or Product

An interesting and historically accurate extrapolation of whatever product or service your company provide that will be researched and written specifically by David for you, plus signed 1st edition hardback book, ebook edition and your name in the back of the book
$1,500  + shipping
2 pledges

A special thanks printed on its own page thanking you for your donation, plus signed 1st edition hardback book, ebook edition and your name in the back of the book

Under The Table is a novel that embraces the life of Dominic da Silva. The reader first meets him when, in his late fifties, he has been diagnosed with terminal cancer. Dominic receives the news calmly and asks Daniel Green, the nature of whose relationship to him is not immediately clear, to read his diaries.

These diaries, which form the major part of the book, cover Dominic’s life from the time he first goes to prep school at the age of eight until he is in his early thirties. They recreate the textures of various lost tableaux of Britain in the 1960s and 1970s and early 1980s. Some of these are undoubtedly a bit grim (the unremitting severity of Catholic boarding school; emotionally cauterised adults; genteel rural poverty). Others are altogether more upbeat and engaging (youthful energies and excess of all kinds; absurd social climbing; profound friendships and enduring ties of family).

Being thoroughly unathletic and gay, Dominic is not exactly the cardboard cut-out of the public school hero. But he loves life, has huge energy and never quite succumbs to taking himself or others too seriously - even in the more harassing moments of his life (of which there are a good many). He also has the chameleon qualities of the true survivor: by the age of thirty, he has carved out a promising career, is married to a wealthy young female lawyer, herself the very epitome of upward mobility.

A quarter of a century later, it all looks very different. Dominic has undoubtedly lived an industrious and honourable life, but an obscure and, in some ways, a thwarted one. Its austerity and his asceticism stand in stark contrast to the life to which his diaries suggest he aspired.

But the shift is one of circumstances, not of personality. In his late fifties, Dominic remains a man of sharp intelligence. His interior life suggests passions and appetites that have scarcely changed from those of the young man whose energies and hunger for experience tumble out of his diaries.

This ought to be the recipe for bitterness and frustration. But Dominic approaches his own denouement with composure – and with enough irony to kick any weak-kneed sentimentality into touch.

Your name listed on a special Patron page in the front of the book, plus signed 1st edition hardback book, ebook edition and your name in the back of the book
View all 8 rewards