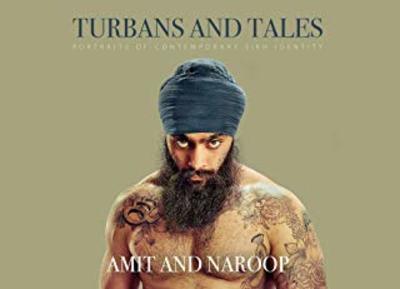 A photography book celebrating the powerful identity of Sikhs.

Why we want to make a book

Identity is what makes us. It is who we are. We should celebrate this with pride.

For us, this book is the perfect way for us to combine our passion as portrait photographers, with our love of our culture.

But as equally important are the stories behind these individuals. Some of the subject’s tales of perseverance, progress and determination need to remembered. They need to shared. This book will do exactly that.

Photographing these portraits has been a real labour of love and was inspired by the sudden popularity of the beard as a fashion statement in 2013.

Being of the Sikh faith, we found this intriguing. In our culture the beard is a constant, a key tradition and an integral and important identifying feature of a Sikh male.

Inspired, we developed a project focused on the identity, the look of the beard, and equally important, the turban of British Sikh men.

From that success, we partnered with The Sikh Coalition to create a U.S version. It took a year to plan, hand selecting Sikh men and women from across America. We looked for individuals who had inspiring stories as well as their own approach to wearing their articles of faith.

Photographed in New York, with funds raised by the awesome guys at The Sikh Coalition, we exhibited the portraits in Soho, Manhattan in September 2016. Over a thousand people a day visiting the exhibition on the busiest days.

Turban and Tales will be a culmination of four years, research, production shooting and editing. It will take you on a journey from conception, execution to reactions of photographing the portraits, as well as providing a history to the turban itself.

Each of the portraits will be accompanied with the words from the subjects, their tales. Stories of their experiences. What their turban means to them. How it makes them feel. How people perceive them. Why their identity is important.