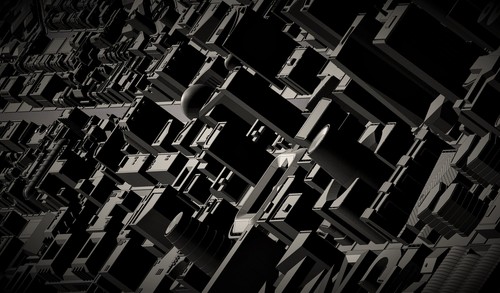 Trinity is now 90% funded, a sincere thank you to everyone who has got us this far. While we hope you’ve enjoyed the updates so far we have to confess we’ve been a bit cagey about the book’s wider plot. Without giving too much away we thought we would pose a few questions to give you a taster of what to look forward to…

The Hadje - who are they, who is their mysterious Shaman and what exactly is their adopted home, Buni Sound?
People talk in whispered tones of the Monster that allegedly stalks Skala’s predecessor, the dead city of Kul. Is it real or just a myth to keep people outside the city walls?

How has the Intercessor Drive Core known as HEX disappeared from his secure Vault chamber without a trace?
Gygath Slum sits to the west of Skala’s Kadyr Gate, but who actually runs it and from where?

What is the real story behind Skala’s sole provider of clean water, a company known as Purerefine? They operate with impunity but CID are more than aware there is a darker history behind their seemingly altruistic motives.

The answers to these questions and more are coming - all with your help. Thanks again.