Skala’s western district plays a major role early in the story. It’s older and less municipal that the Central District, more a home to office blocks and middle-income residential dwellings. It’s also home to some of the locations described or mentioned in early chapters.

A once grand, now more aging warrior, Hellinar Research is home to the formidable Councillor Joss Ratha. Ostensibly Katherine Kane’s opposite number on the Privy Council, their actual roles have diverged significantly. Katherine’s sister Megan, one of a new bread of explorer, is also based in the building but rarely there. Hellinar Research is also home to JT Gilbert, a fastidious Quartermaster whose part in the story proves distraction from the disintegration of his personal life.

One of several ‘Transport’ depots dotted around Skala, T7 has personnel issues and a backlog of paperwork that serve to mask the removal of a significant amount of equipment. 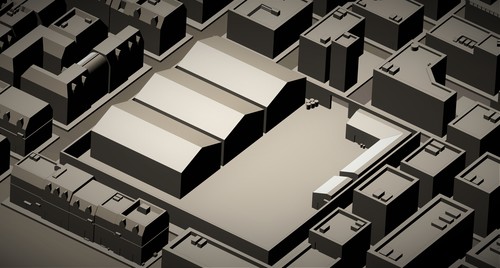 Much like T7 but run by the prim, efficient, Evelyn Tudor. T24 is located towards the north west of the district in a largely run-down area making it the perfect staging post for anyone wanting to keep a low profile.