We’ve just hit the 60% funding mark, thank you to everyone who’s pledged so far.

In the second part of our funding campaign we wanted to expand on some of the characters that populate Skala starting with Katherine Kane, one of the three sisters of the books title.

Born to Professor and Privy Councillor Kyle Devin and his first wife, the now deceased Heidi Kane, Katherine was raised in affluent circumstances. Schooled in the Western District near the family home it became clear she possessed an intuitive inclination to science and engineering, held back only by difficulties with higher level mathematics. Like her mother, she demonstrated a particular affinity for biology.

Aged 15, at the time of Heidi’s death, Katherine was granted an internship at Hellinar Research. It has been strongly suggested that her father played a large part in her recruitment, although he has gone on record to deny this. It is, however, beyond doubt that her father kept a close eye on her, taking the unprecedented risk of having her accompany him to the excavation site at the ancient city of Mayak. It was here that Katherine unwittingly discovered the Intercessor Drive Core known as ROOT.

Injured, she returned to Skala on the next supply run while Kyle remained at Mayak, the first crack in an enduring rift that developed between the two. Back in the city her father’s close friend, the vehicle designer John Orchard, was furious that she should be abandoned so soon after her mother’s death took her under his wing. Working from Ayon Research in the Eastern district while his huge SVA plant was under construction, Orchard found Katherine space in the basement to experiment on the inanimate ROOT. 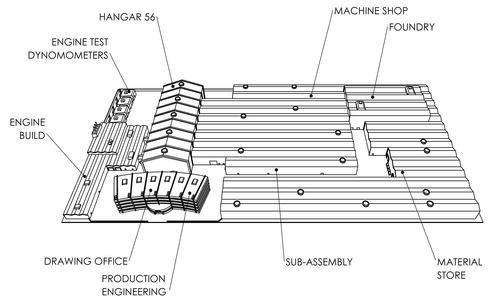 Katherine developed an affection for Ayon Research. In part this was a rebellion against her father but she also saw a future out towards the ice. By the time she achieved the breakthrough that would ultimately activate ROOT, Ayon Research was already planning the new city of Aya.

Katherine spent her twenties as engineer and test driver for John Orchard's vehicles but also performed the role of cut out between ROOT and those wanting to take advantage of his formidable processing power. Little by little, his influence grew as the dark confines of the basement became ‘The Vault’ as it’s known today.

Katherine’s stature rose with ROOT’s, her elevation to the Privy Council was controversial. In a matriarchal society her rise was not unforeseen but 45 years of age was unusually young for the role. She has, however, proved herself to be a capable and realistic Councillor while privately tormented by self-doubt. Her turbulent and intensely private life has fed her insecurities; for the most part she sleeps in her office.