Daniel Helmqvist, a PI in Mars’s only city, risks his career and his life to solve two high-stakes cases

Let's All Go to Detroit

The big money item on Transilience's funding campaign is the Trip to Detroit.

You probably already know this.

You probably wonder why anyone would want to pay two-and-a-half grand for a trip to a city with a bad reputation. A city ranked as one of the most violent cities in America. A city that has been mired in political corruption, scandal and mismanagagement for at least five decades. A city that enjoys this sort of reputation.

Take him to Detroit.

Not only will I answer the 'why', but at the end of this, you might actually want to go to the Motor City.

I picked this as a funding option because the city in which Daniel Helmqvist in habits - New London - is based heavily on Detroit. I did it because it's a city I know and it's a city I love.

So why not set the story in Detroit instead of Mars?

Good question. The answer is fairly straight-forward, which is to imply it is meritorious but not necessarily exciting.

I haven't lived in Detroit for almost a decade now. In fact, for the past seven years, I've lived as far from a major metropolitan area as one can get. I no longer have a feel for the city. It's all memories. Fond memories. But memories. I knew in my heart I could not recreate Detroit with the sense of authenticity one gets when they read about Ian Rankin's Edinburgh or Chandler's LA or Dickens's London or Capote's New York, or even Butcher's Chicago.

Mine would have been a Detroit constructed from Google Maps and those memories. Creating a city all my own to fill with my experiences of Detroit, however, now there was an idea to get behind. And I did. And now I'd like to share them with you.

The Trip to Detroit includes three nights at the historic Inn on Ferry Street. I used to live down the street from the Inn and always admired their architecture. I mean look at this! 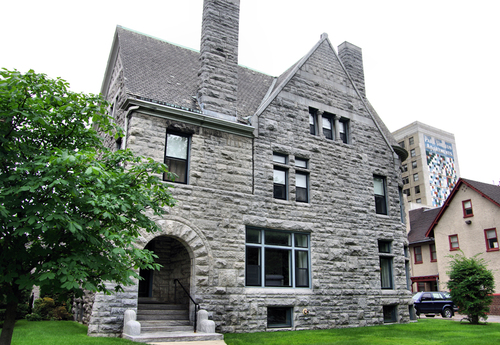 A three course meal at the world famous The Whitney Restaurant.

We'll also go to Cliff Bell's for an evening of great jazz and even better drinks. This place is like stepping back in time to the 1940s. It's also the inspiration for Helmqvist's favorite watering hole - The Third Street Lounge. I'll never forget the first time I walked in there. Seriously, it was like stepping onto a movie set with Bogart and Bacall.

I'll show you around my neighborhood. It's undergoing a revival at the moment and should be pretty cool to see. The Detroit Institute of Art is there. The Detroit Science Center. Historical Society. Wayne State. Terrific eateries and a bakery with bread so good, you'll want to pack as many loaves as possible in your luggage. We'll head downtown to the Renaissance Center. The Campus Martius. So much stunning architecture from the likes of Albert Kahn, Gordon Lloyd, and Wirt Rowland. It's a beautiful city and a sad city.

Depending on interests, there are several options to take in for enterntainment, as well. The Detroit Symphony is one of the finest in the country. Baseball. American Football. Ice Hockey. All there right in the city. A concert at the venure that looks like it came straight from the Golden Age of Hollywood? We can do that. 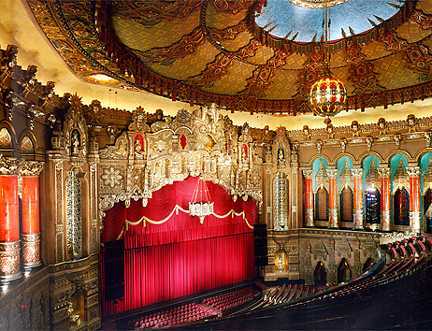 That be the Fox Theater.

Click on that Trip to Detroit and get ready.