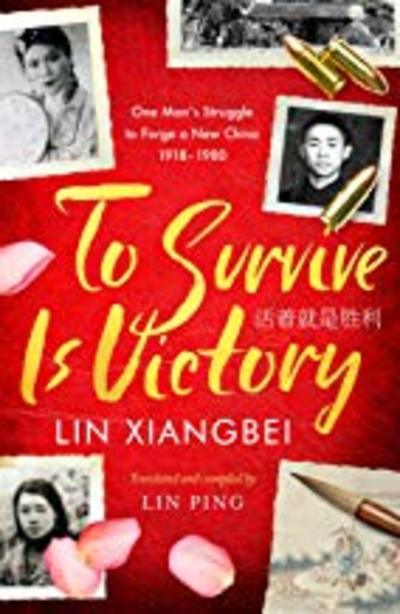 The story of one remarkable and man and his family who remains committed to the ideals of the original revolution despite decades of persecution, torture and imprisonment.

This is a true and honest account of the life of LIN Xiangbei, an ordinary Chinese man from Sichuan Province, who celebrated 100 years of age this year, according to the Chinese custom of celebrating a man's birthday early. LIN documents his passion for the ideals of Communism and the tumultuous changes that China has undergone within the last century.

LIN was born in 1918 into a salt merchant family in declining circumstances. His mother died a year after his birth and his father left to pursue his own dreams. LIN's grandmother initially brought him up and then he was fostered in his aunt's family, where he was looked down upon for being an 'orphan'.   However, this helped form his unyielding and indomitable character and stimulated a resolution in him to work hard and be a success in everything he did in his life. Above all, he wanted his grandmother, aunt and father to be proud of him.

LIN's father's reasons for leaving the family were manifold. He couldn't bear to watch his two older brothers sink into the clutches of opium and squander what was left of the family fortune; he was prevented from marrying the girl who was carrying his child because she was from the 'servant class'; and his own vision of a 'new' China was forming where there would be a fairer, more equal society doing away with the feudal system. He returned a few years later, having become a Regimental Officer and loyal follower of Dr. Sun Yat-Sen, to take LIN Xiangbei to live with him in the army barracks.  LIN's father was blunt, honest and utterly incorruptible which undoubtedly led to many ups and downs.  During a dark period in his life, LIN's father met an extraordinary woman, Chen Lianshi, who brought a light into their lives and set them on a different path – the path to Communism.

Chen Lianshi came from a wealthy scholarly family. In 1923 she married a young radical, who was well below her family status, and was subsequently disowned by her family. They had two children.  The young couple became Communists and led 'The Huayang Mountain Guerilla Force', whose aim was to overthrow the Sichuan Warlords. When her husband was betrayed, executed and decapitated, Lianshi vowed to their people that she would lead them and carry on the fight to the end of their days together. She became known as 'The Double Gun Woman'. LIN's father loved and admired Lianshi, but she would not go back on her vow of fidelity to her dead husband. Instead, they became in-laws and in this way their lives were entwined until LIN's father's sudden death.

It was a hard-fought struggle for Communism which culminated in the 'Liberation', but then came the dark, frightening, confusing years of The Cultural Revolution. Lianshi was prosecuted for being a bandit.  LIN was accused of being too 'rightist' and, over a period of twenty years, he was in and out of labour camps.   Whereas his wife, (Lianshi's daughter), was prosecuted for being the daughter of a bandit and was also sent to labour camps. Their surviving six children were often left to fend for themselves.

This memoir seeks to show the passion and commitment of a group of ordinary people for their beliefs in the fundamental principles of Communism and their courage in defending it. It shows, through the many years of hardship, their spirit, their happiness and sorrow, their anger for the betrayals and injustices and, in the end, their forgiveness.