Paul Weller wrote Eton Rifles in 1979, probably around the time that Margaret Thatcher became Prime Minister. It tells the story of some working class lads who get beaten up by boys from Eton. What chance have you got against a tie and a crest?

David Cameron once claimed that it was one of his favourites. “I was one, in the corps. It meant a lot, some of those early Jam albums we used to listen to,” he once said. “I don’t see why the left should be the only ones allowed to listen to protest songs.” Perfectly fair point I suppose, except when you’re exactly the sort of person the song is protesting about.

Asked about it, Weller said that Cameron couldn’t have been listening to the song and more pointedly “it wasn’t intended as a fucking jolly drinking song for the cadet Corp.” Personally, I think it’s entirely possible that David Cameron liked the song because of the fact that the boys from Eton gave those working class oiks a jolly good thrashing. Not really the mood that Weller was trying to Convey, but once art is out in the public domain it’s not the artist’s property anymore.

We were living in West Hendon in North West London at the time and, unsurprisingly, I never encountered anyone rich or privileged. People had money and privilege so that they didn’t have to go to places like West Hendon.

My family and friends were solidly working class with a smattering of aspirational or actual middle class and while I could see that some of their parents were better off than others (and all of them were better off than mine), I didn’t differentiate. None of them sounded vastly different to me. I certainly never mixed with the landed gentry. They might as well have been on the moon. I knew there were posh people. I’d seen them on the black and white war films my dad used to watch and also on University Challenge answering questions on music and books I’d never heard of. But I didn’t resent them, I just thought they’d paid attention at school. I hadn’t realised they were oppressing me in any way.

My parents knew their place and never showed the slightest inclination to educate me in the basics of inequality. It wouldn’t have occurred to them that things were unequal. The education system that they’d been through had been designed to tell them just enough to keep them from hurting themselves but not much more.

Even if my parents had wanted to fight the power, they wouldn’t have known where to start. Plus they’d have had to stop fighting each other for a couple of hours.

Our house was not one where intellectual thought was encouraged. The TV was always on. There were almost no books. My mother read the odd novel by Jean Plaidy, but I wasn’t going to pick up any ideas about political theory from them. The only other things my mother read were The Readers Digest and Woman’s Realm. Or if that wasn’t available, Woman’s Own. I once popped round to the corner shop to get one of the magazines and both of them had sold out so I bought a Woman’s Weekly instead. She was genuinely disappointed even though it appeared to me to be exactly the same as the other two but with the stories and knitting patterns in a subtly different order.

My father read Titbits, a sort of adult comic, The Sun (see Titbits) and The Sunday People (see The Sun). The only things I ever read were the Skinhead and Suedehead books by Richard Allen and the thousands of football programmes that were kept in a cupboard in my room. That was it for reading for the Stone family. If there was a copy of Das Kapital lying around the house, I never saw it.

That being said, I wasn’t completely ignorant of the fact that for the majority of people, Britain wasn’t a pleasant place to live in 1979. Things didn’t really work, the infrastructure was frayed at the edges, and there was a lot of underlying prejudice. Plus we were just about to elect Margaret Thatcher as our Prime Minister, a sure sign of a country ill at ease with itself. I’d seen the prejudice up close. For a couple of years around that time, on a Sunday morning, myself and my friend Robert had worked for two Jewish brothers called Stanley and Ronnie Ginsberg. They had a shop called Manmaster on Petticoat Lane in East London.

The shop used to sell Marks and Spencer clothes that had a slight fault and had been rejected. There were cotton/polyester trousers for seven pounds a pair in either beige or brown. Personally, I would’ve rejected them for that reason alone.

The shops entire stock must have been worth ten grand at the most but after repeated robberies, Ronnie installed an alarm system that cost twice that amount. The robbers would’ve been better off nicking that.

Stanley and Ronnie were the first people I’d ever met who were politically active. They hated the National Front, and with good reason. Ronnie was more religious than Stanley and used to wear a skull cap and a prayer shawl where the tassels used to hang over his trousers. NF skinheads would abuse him as they wandered past and it fascinated me to see him take them on.

I remember one thug stopping outside the shop. “Oy Jewboy” he said and then started making the noise of gas escaping. Ronnie was in the middle of serving a customer and I guess that the thug, in his twisted ideology, had calculated that the Jewish man – while not pleased about the anti-semitic abuse coming his way – may not have wanted to lose the sale. But the red mist had descended and Ronnie lunged towards him. The thug, with a slightly surprised look on his stupid face, ran for his life. The customer and me stood there watching them disappear down the road for a short while. Then I asked if he wanted to buy the pair of trousers he was holding. It took him a while to regain his composure and then he nodded. I think he thought it was probably the least he could do, but I’m fairly certain he would have shopped elsewhere from that point onwards.

1st edition hardback with a bookplate signed by the author and the eBook edition. 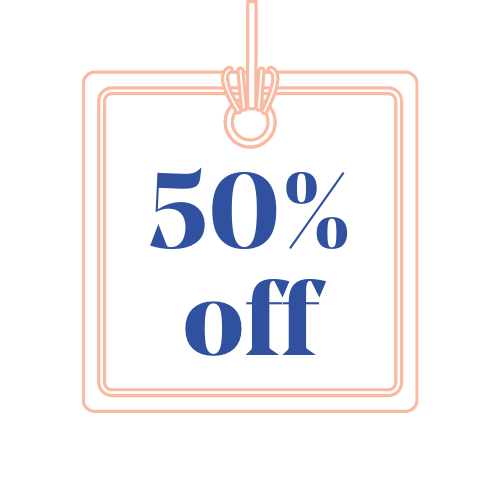