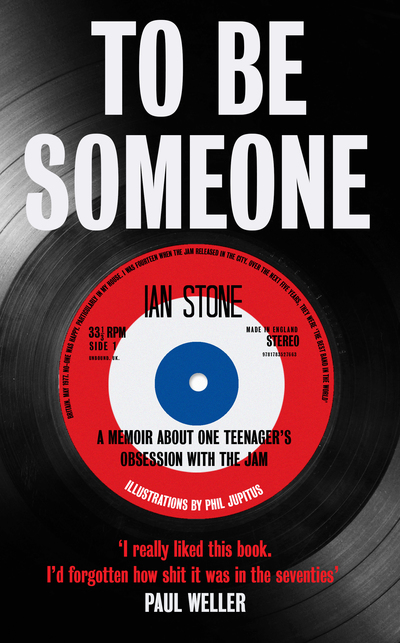 'Ian Stone has one of the sharpest comic minds in the country. I would read anything he’s written about anything. This book made me start listening to The Jam' Romesh Ranganathan

'Full of wit, cheek and energy – not just for fans of The Jam, this is for fans of London, of youth, of life itself' Rory Bremner

'This is a funny, fascinating, absorbing, surprising and readable book with the added bonus of Phill Jupitus’s delicious cartoons . . . A book for anyone who is now middle-aged and looking back joyfully at their youth' Jo Brand

'I really liked this book. I'd forgotten how shit it was in the seventies' Paul Weller

Ian Stone grew up in a Jewish, working-class house in north London in the mid-1970s. Everywhere around him, adults were behaving badly. His parents' relationship was in freefall so he tried not to spend too much time at home. But outside, there was industrial unrest, football violence, racism and police brutality. As for the music, it was all 'Save All Your Grandma's Kisses for My Love Sweet Jesus'. It made him feel physically sick. Then The Jam appeared.

This is Ian's story of that time. Of weekend jobs so that he could go to gigs. Of bunking into the Hammersmith Odeon and ending up on the roof. Of going to see The Jam in Paris and somehow finding himself being interviewed for Melody Maker. Of attempting to keep out of the way of skinheads and trying (and failing) to work out how to talk to girls. And of devastation when in 1982 Paul Weller announced that the band were splitting up.

There will never be another band like The Jam. For those who went on that journey with them, the love ran deep. And still does. They helped Ian and thousands like him to grow up – to be someone.